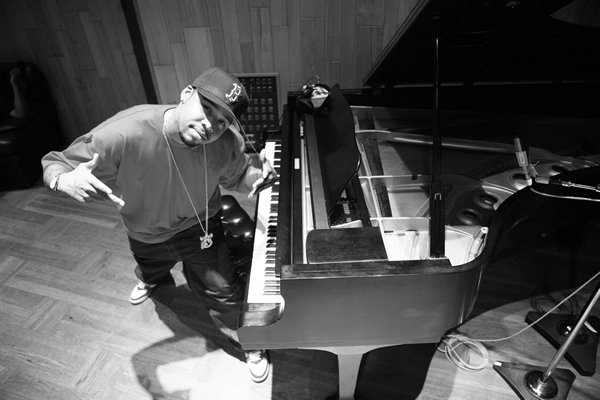 So the whole time I’ve been doing Sound Session I’ve realized that not once have I shown the West Coast much love. So with so much lyrical talent around on the West Coast normally I’d pick a Kendrick Lamar, Fashawn, Blu and others along the lyrical path but I felt it might be right to give us a smooth banger.

Terrace Martin has somewhat secretly been behind the boards producing many tracks on many albums and has been associated with Snoop Dogg, Kurupt, DJ Quik, Problem, Kendrick Lamar, Devi Dev and many other rappers. It wasn’t until recently that he’s actually stepped into the spotlight and gotten the recognition.

This track has been in heavy rotation since its been released (I want say it was my summer anthem of 2008). And its not hard to see why, we have a smooth west coast feel that also bangs hard in the whip, the somewhat sounding of sweeping of the strings in the background only adds to the feel. With assists from Snoop, DJ Quik, & Kurupt there is no denying the old West Coast feel on this track. Hell tracks like these are what Snoop needs to stay relevant in the game. DJ Quik even turns in a surprisingly good verse. Best part is DJ Drama is kept at a minimum; no arguing there.

Turn up the bass, lower your seats and pop this one into the deck as you coast down the street as DJ LP presents the West Coast edition of Sound Session.