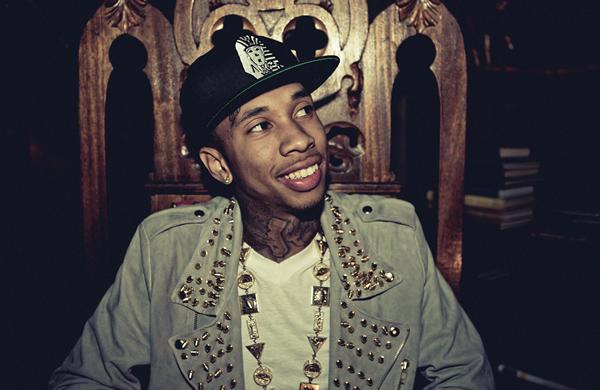 Tyga‘s album Careless World: Rise Of The Last King finally dropped last week and it wasn’t without any speed bumps. As you may have already heard, Careless World was pulled from store shelves (Well, actually just Target & Best Buy) because of an uncleared sample from Martin Luther King’s famous, “I Have A Dream” speech that plays at the end of the title track, “Careless World”. The physical copies of the CD’s had to pulled and reshipped to these store and may have prevented Tyga from selling over 61,000 units (Digital sales accounted for 83% of sales). But Tyga should look at this as a glass half full situation. Yelawolf’s Radioactive sold 40,900 copies in it’s first week and Big Sean’s Finally Famous sold around 87,300 and these guys are basically Tyga’s peers in the game and they had a full week in the stores. This also proves that Birdman has yet to know how to work iTunes.

Also making the charts is the duo Chiddy Bang with their debut studio album Breakfast. To be honest, I never really gave Chiddy Bang a fair chance. I started listening to this album but nothing grabbed me. All I really know about them is one of the members (Chidera “Chiddy” Anamege aka The Black guy) broke the world record for “Longest Freestyle” last year. Breakfast lands at #8 and selling 30,6000 albums.

Just so you know what sales numbers to look for here next week, yesterday we had albums released by Too Short, WZRD, & Ja Rule.