How Relevant Is A Running Back? 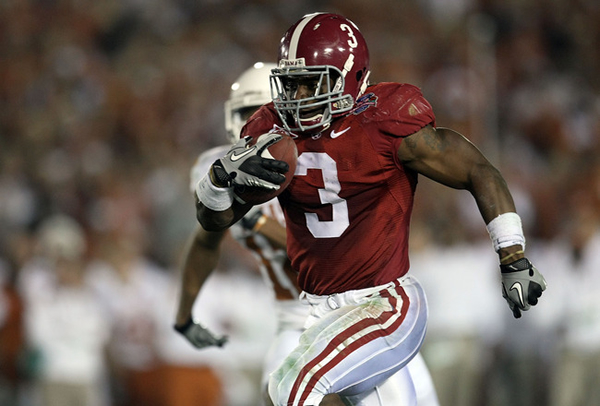 In recent years the NFL Draft has seen a major drop off of teams selecting running backs. The common argument is that “you can find one in any round” or “they have a short shelf life” but the truth is the position just isn’t as useful as it once was. You would hear worn out prehistoric adages like “you have to run the ball and stop the run” but, the game of football has changed. Gone are the days of three yards and a cloud of dust now you have to air it out to succeed in the NFL. At a position where paying them is high risk/high reward, rules were put in place to make the game more exciting in the 70’s but the real rule changes didn’t truly start helping until this past decade. After urging from GM’s and owners around the league the commissioner curbed hits on quarterbacks and defenseless players TWICE in the last ten years protect players (But to also protect themselves future lawsuits. Shout out to Jamal Lewis). As these rules curbed the NFL to a new thriving pass happy era, the value of running the football went away.

Teams are now passing for more yards than ever. As evidence: two quarterbacks passing Dan Marino on the all time single season yards list, three quarterbacks passing for 5000 yards in the same this past year but before only happening twice ever. Making now a 4000 yard season the new norm and nothing spectacular. More restrictions on quarterbacks and the more average you are the better chance you have to succeed. From twenty to twenty to twenty your average quarterback can move the football with the ease of Joe Montana but, once on the red zone the skill a Manning, Brady, or Brees a great or elite quarterback will take care of the football and still be efficient. With success coming so easily passing the ball why use a selection on a running back when you can get value there later.

With a shift from running to passing on offense, your needs on defense change as well. Already seen in the draft how teams value defensive ends and cornerbacks. A team well stocked in the secondary has to have at least 3 to be able to defend if not for a number one guy like Hakeem Nicks but to put in the slot against a Victor Cruz. With running now it is more about running efficiently than a set number of carries more focusing on yards per carry and third down success rate than set yards per game or attempt. The more successful teams that run the ball now have changed it to you run the ball to put the game away. Like a closer in baseball, a running back is used to put the game away and burn off the clock. So for a position that offers no more than a change of pace, what benefit does a team make from selecting one?

However, with the change now offensive lineman are struggling more than ever. All the mocks floating over the internet, teams are shown selecting lineman with the belief that that position needs an upgrade. The reality is the less a team runs the ball an offensive lineman’s deficiencies are shown more. The more a game goes on a pass rusher will get more and more looks at your weakness and exploit them. There is no shortage of lineman the fact is there just aren’t enough. So with the rules changes for safety and making the game more exciting, quarterbacks are being exposed to more hits and the chance at a devastating injury is even greater than before. This goes to show that every action has an equal and opposite reaction.