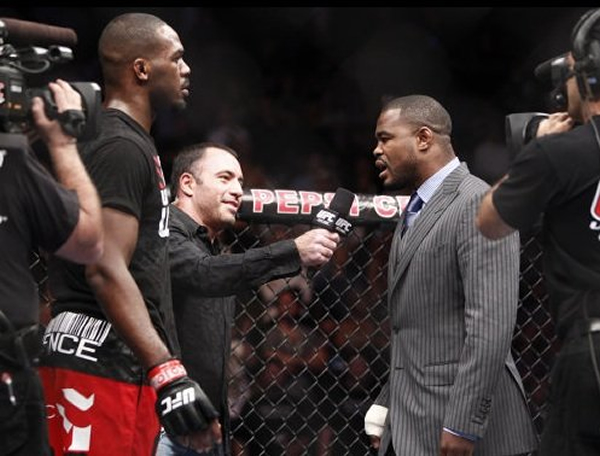 The feud between Rashad Evans and UFC light-heavyweight champion Jon Jones has been one of the most entertaining rivalries in the sport recently. Remarks from both individuals make it difficult to remember them as teammates. There are too many interviews to count of each fighter trash talking online, and quite possibly just as many of them giving praise when they trained together. A heated discussion between the fighters during a recent appearance on SportsNite is a perfect example of their lack of respect for one another. Throughout the interview, the two repeatedly interrupted each other and the mood was tense. An observation that Evans made in several interviews including this one is something I’ve noticed about Jones myself.

Since the beginning of his career, Jones has claimed to be a humble competitor. Until he was offered a championship opportunity against Mauricio Rua in early 2011, he was. In mid 2010 he made statements that merit a meek reputation. Here’s an example from ESPN: “I just need to be myself and allow things to happen. If it’s God’s will, good things will happen.” In Sports Illustrated in 2009, Jones referred to himself as “their little brother” when speaking about Evans and other teammates at Jackson’s Mixed Martial Arts. In 2010 he said in an interview “I got that call and had to convince myself to be confident” while discussing his invitation to the UFC. While these are words from an up and coming fighter, which he is no longer, the contrast between his language from then and now is strikingly high. His remarks from the SportsNite interview alone show the difference. Here is some of their dialogue:

Evans interrupted him and asked “You got a Bentley don’t you? Or a Rolls-Royce?”

Jones replied “I do have a Bentley, a 2012 Bentley… The bottom line really, is that I want more.”

Jones then discussed his career and that he has a dream that he isn’t far from. He told Ryan Stewart “I’m extremely confident. I do believe my own hype. And I’m working towards making it true”

“But thats the worst thing you can ever do” Evans proclaimed.

“Well, it’s working for me. I’m not saying it’s an arrogance thing.”

“It is an arrogance thing.” Evans told him.

“I believe I have the attitude of a champion and a winner and I’m not apologetic for it.”

“You need to be humbled.”

Stewart then asked Evans if he believes Jones has earned his fame. He responded “I definitely think he’s warranted his fame and all the accolades that come along with that. I just think that he’s so arrogant and so full on himself and thinks that he is something to the world that has never been. There ain’t nothing new under the sun. There ain’t no lessons that, you know, that he thinks that he’s going to teach the world that the world hasn’t already seen.”

“You know but I can try though” Jones responded as Evans declared “Your just a drop in the bucket bro.”

The two went back and forth as the hosts sat in silence watching the intense war of words.

Evans stated “I honestly believe this. You lose a fight, you will change the person who you are. You won’t be the same person.”

Evans snapped back with “You know why, because your fabric is fake.” He continued to argue with Jones telling him that they’re both aware of how Jones is fake. He claimed to know how Jones truly is and that he should be who he claims to be. In other words, act as he claims to act.

Next, Evans brought up the time that he held Jones down in practice spurring emotional responses from Jones, as if Evans had struck a nerve. Jones spoke about the incident, confirming that it truly happened, and explained how irrelevant it was because it was practice. Evans then told the pair of hosts that Jones was on the verge of crying while asking to be let up.

Jones, seemingly annoyed, attempted to put an end to the discussion and said “I’m trying not to get into this pre-fight stuff too much because right now I have a picture of my foot in Rampage’s mouth. But I never put it online because you got to win with grace. So all this stuff you’re saying right now, after I win the fight, it’s going to be so irrelevant. That’s what I’m saying. My storyline is so much bigger than this fight right here. So I’m trying to keep it classy.”

Evans then mocked him by closing his hands, looking up and saying “We should all pray to Jon Jones.” 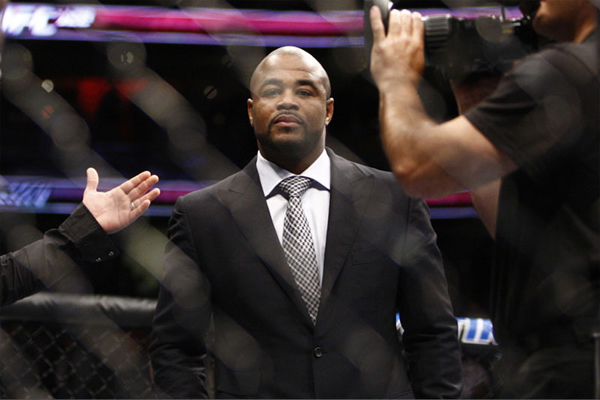 I understand someone as accomplished as Jones becoming self-confident. But Jones has gone too far. It’s difficult to believe this is the same person that once said “I think once you start to think that you’re the man, and you know it all, and your style is unbeatable and stuff like that, that’s when you get caught and clipped, and get humbled really fast.”

Apparently I’m not the only person who believes Jones isn’t genuine. Will Gray, from MMA Valor wrote about the inflation of Jones’ ego after winning the belt and his inability to tolerate the mental pressures of being a champion. He states to Jones:

“The constant wanking of people ‘stealing my moment’ are opposite of the humble, thankful image Jones pushes in his interviews and press conferences. Stop portraying that you are here for the moment and willing to accept whatever comes your way, only to get upset when someone who wants your title or tell you to your face they are better than you.”

One may also compare his attitude to that of his fellow champions Anderson Silva or Georges St. Pierre to see the contrast. They’ve been regarded as the best on the planet for years and I couldn’t imagine either of them making statements like these. Silva couldn’t be more humble after bowing at the feet of Chael Sonnen at the end of their first fight, in the midst of their ferocious rivalry. Such brash statements from someone who appeared to be humble at one point in his career makes me wonder if he’s changed over time or if he was like this in the first place and now chooses not to hide it.

The two will finally end this chapter in their careers on April 21 in Atlanta, Georgia at UFC 145. Jones is the major favorite but keep in mind that Evans appears to be getting under his skin. Jones has beaten legends but Evans knows things about Jones that others don’t. Evans knows his tendencies and apparently almost made him cry during practice. Concurrently, Jones is emotionally motivated to silence his former teammate. I don’t have a clue what other fights are on this card but I can assure you I won’t miss it. The main event alone is worth the money whether it lasts 5 rounds or 5 seconds.