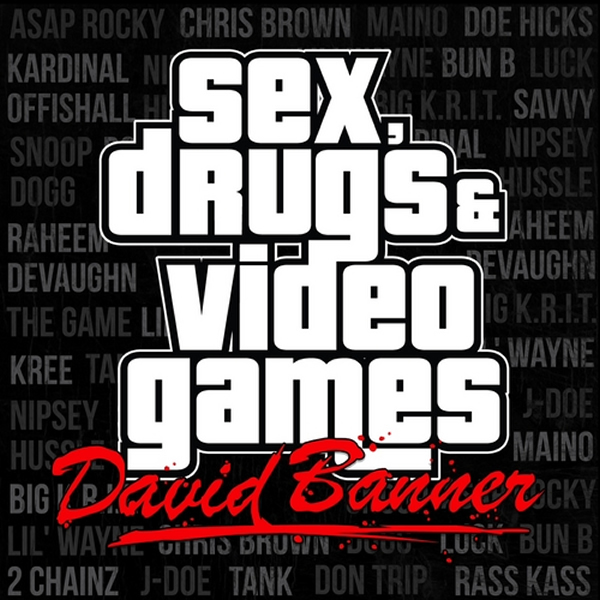 David Banner drops his project Sex, Drugs & Video Games and while most may call it just another mixtape, it may be bigger than that. Yea, you could go the DatPiff and just grab it there for the free, but Banner is calling for 2 million people to donate at least $1 (He calling this the 2M1 Movement). Kinda like what Louie CK did we he last comedy special or even Kickstarter. I’m not sure if David Banner is the right artist to pull this off, but I like the idea and the reason behind it (You can read more about it here because Banner can explain it so much better than me). As for the music of, I’ve liked every I’ve heard so far and the guest list is pretty stacked with some names like Chris Brown, Big K.R.I.T., Lil’ Wayne, 2 Chainz, & A$AP Rocky with production mostly handled by David Banner. So check out the project below and feel free to donate a least a $1 here (It’s probably worth way more than that though). 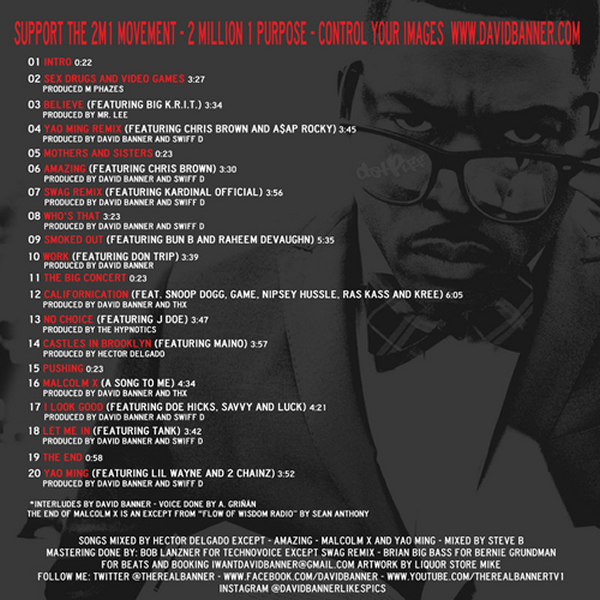