Let’s Get Ratchet: The Origin Of Ratchetness 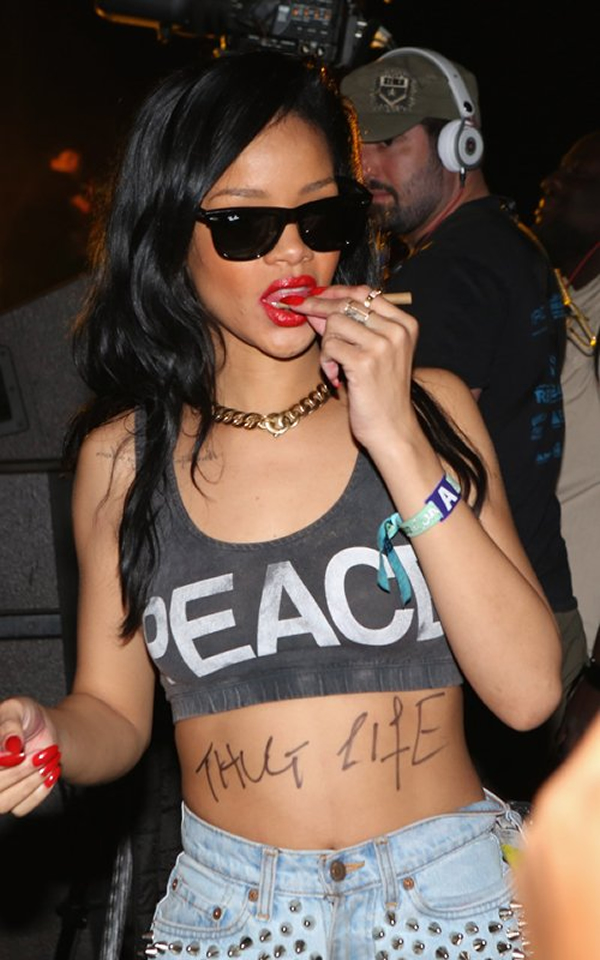 During my adolescent years at Southwood High School2 in Shreveport, Louisiana, I learned a new word for “ho”. “Ratchet” described my peers who participated in extra-curricular activities after school and on the weekends in backseats, someone’s mama’s bedroom, or in a movie theater. I remember in middle school we used to joke and call them, “Go Livers”. The new slang was born when the soon-to-be-King of Louisiana, Lil’ Boosie, collaborated with the local record label Lavahouse and its owner, Mandigo and made the song that would later teach everyone in Louisiana “Ratchet”, as a dance and a true meaning behind the local movement that would gain momentum.

The word took the new meaning of being foolish or ignorant while having fun – normally in a nightclub setting or party music atmosphere. The new meaning also brought a new advocate to wave the flag for the new movement. Hurricane, or as he is nationally known, Hurricane Chris was the first to reach the mainstream and explain the Ratchet Movement and lifestyle to a larger audience outside of Louisiana.

Unfortunately, a lot of people could not get past the novelty and pop element of “Ay Bay Bay”. I, myself, was not a fan of the song and I am still not to this day; but I love the video and the fact that I got to see Kokopellis and County Market on 106 & Park was hilarious to me. No matter how many times Hurricane explained “Ratchet” and showed the true meaning of North Louisiana’s lifestyle, it just did not seem to catch on nationally in 2007.

We All Got Some Ratchet In Us

Earlier this year, I received a random mention on Twitter from a rapper named @YBakaYoungBud, from Pasadena, California that wanted me to listen to his song, “She Ain’t Nothin But A Ratchet”

I was not expecting much when I clicked on the link, but I was impressed and really surprised to find a song that had the “Hyphy” sound heard earlier from the New Boyz mixed with slang from Down South. I asked, “Who taught you about Ratchet?” and he responded with, “they been saying it out there”. Since then, I have heard the word that describes my small Louisiana city, used by major artists like Wiz Khalifa, Chris Brown, Nicki Minaj and many other people who have probably never tasted gumbo or peeled crawfish in their lives. The worst offenders have been DJ Mustard, the producer of “Rack City” and Def Jam signee, YG. They have done several interviews describing the music landscape of the youth in California, using the same descriptions Hurricane used to explain the Shreveport lifestyle. The biggest slap in the face was the claim of creating Ratchet Music. I really did not see myself getting upset over a word that means ignorant and accurately describes the people that live that life, but not giving credit to the originators actually upsets me and anyone else that know the origin story. It obviously means a lot to some people if you are willing to claim ownership of something you did not create.

Fans of the underground are known to be skeptical of new fans and influences once a product becomes popular. Atlanta natives, Emmanuel & Phillip Hudson have gained YouTube fame with over twenty million views of their song, “Ratchet Girl Anthem”.

Honestly, I can only make it to the first minute of the song after that I search for Dee-1 or Dom Kennedy videos. The kids love it and the city of Shreveport respects them for showing love and giving credit where, “Ratchet” really came from by performing in Shreveport for DJ Bay Bay’s Birthday Bash, earlier this year. There are other artists from Shreveport that are still making “Ratchet Music” and I hope they break through the mainstream. If anybody else wants to make “Ratchet Music”3 do it, but do it well enough that it does not sound forced and be ready to pay homage to the originators.

DISCLAIMERS:
1As I write this, I really cannot believe I’m so upset that we don’t get credit for, “Ratchet.”
2Class of 08′
3Seriously, I really wrote this.
* A$AP Rocky is the best representative of “Ratchet Music” today and pays respect to the South all the time.
* I love Rihanna and she lives a “Ratchet” lifestyle; not the “Ho” kind.”