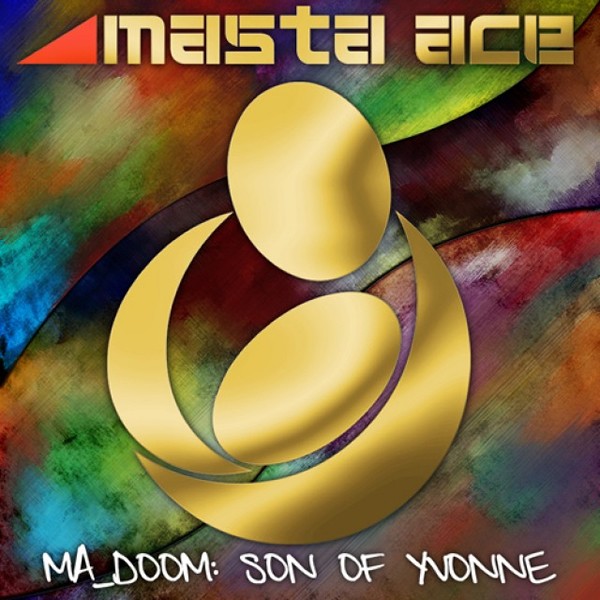 When I first heard about this project, I couldn’t be more thrilled. We are finally going to get another collaboration album from DOOM and it’s going to be with Masta Ace. In my opinion, Ace is one of the most underrated emcees in the game. His albums with Masta Ace Incorporated were excellent, and his solos are damn near classics. Matter of fact, I believe A Long Hot Summer should already be considered a classic album. However, as the release dated neared, we got news that the beats were going to be recycled from the Special Herbs series. These beats have been used for MF Grimm to Ghostface to John Robinson to other various DOOM albums (Nastradoomus). MF DOOM’s Special Herbs series is definitely one of the best instrumentals to come out, but how many different versions are we going to hear before finally getting bored with them? I just hope Ace can craft this one as his own.

1. D Ski’s Intro
“Eucalyptus”: Special Herbs, Vol. 2
The intro begins with a young Duval talking about his early background and why he wants to start rapping with the name “Ace”. DOOM first used this beat on MF Grimm’s “I.B.’s” from The Downfall Of Ibliys….banger!

2. Nineteen Seventy Something
“Agrimony”: Special Herbs, Vol. 3
This is a pretty interesting track by Ace. He continues his story from the intro, and he’s starting to rap over his mom’s records. The main idea of the song is to put in enough verses to make a mixtape before his mother finds out, “Better hope I don’t scratch it, or that’s it/ I’m gonna get my ass kicked… that’s a classic”. This is one of the few beats that haven’t been recycled (minus DOOM’s Special Herbs series).

3. Son Of Yvonne
“Arrow Root”: Special Herbs, Vol. 1
Now, this is one of my favorite tracks of the year. DOOM’s production is so smooth, and the horns are amazing. Ace takes the opportunity to make the perfect dedication song to his mother. The beat was previously used on “Next Levels” from King Geedorah’s Take Me To Your Leader. However, I think this version is on a whole different level. Ace blends in so well with DOOM’s production that it sounds like they were literally in the studio together making this song.

4. Da ‘Pro
“Buckeyes”: Special Herbs, Vol. 8
This beat was also used on King Geedorah’s Take Me To Your Leader. Here, Ace rhymes about being a hip hop professional. This is one of the more average sounding beats on the record; even with the chopped Nas sample on the bridge. Plus, Ace doesn’t do too much to make it stand out. It’s not bad, but not great either.

5. Store Frontin’ (Skit)
Here is an unnecessary skit that leads into the next song. Yeah, this must be a Masta Ace album.

6. Me & My Gang
“Datura Stramonium”: Special Herbs, Vol. 0
This is the perfect beat for Masta Ace to rhyme about his neighborhood gang. DOOM samples the Fat Albert cartoon to create a track where Ace rhymes about each member of his gang. This song has been recycled twice, but I like how Ace threw his own spin on it. This is how you make a song about your crew….no phony make believe stories, just genuine stories that they probably don’t want aired out.

7. Crush Hour
Featuring Pav Bundy; “Podina”: Special Herbs, Vol. 9
Ace takes the time to make a song about this dime he’s been trying to get. Ace takes us through his journey of trying to make it to the bus stop before she leaves so he can ask her out. At this point of the album, Ace paints the pictures flawlessly, and proves he is (still) one of the most underrated hip hop storytellers. 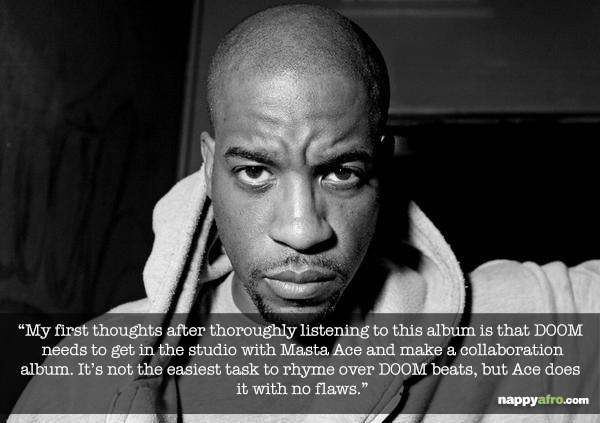 8. Think I Am
Featuring Big Daddy Kane & MF DOOM; “Nettle Leaves”: Special Herbs, Vol. 2
This is one of the highlight’s of the album. Here, we get Ace, the legendary Big Daddy Kane, and a very surprising verse from MF DOOM. Ace gets on first and spits a verse about getting some chick. Big Daddy Kane continues from Ace’s first verse about tricking with females. Then, DOOM gets on and kills it,

Big up Ace, I’m glad I had a chance to flow with him
Just last summer, me and my man did a show with him
In Montreux, hit the stage, I’m like go get ‘em
He even had the soulless folks rocking with no rhythm
Marco Polo was on the wheels and on point
They did Jeep Ass Niguh, I’m like that’s the joint
Some old school heads remember who was who
Brooklyn was in the house, even the newbies knew
Before the Masta left the stage, he doing the do
Blew off the roof with a tribute to Guru
First time I met the brother, felt like I knew him forever
Too clever, album’s dedicated to his mother
I thought of mine, at the same time, growing up
I knew they proud of they baby boys who blowing up
Only got one, won’t ever forget her
Make sure you let her know you love her when you with her, kiss her

This beat was featured on DOOM’s Operation: Doomsday with M.I.C., but the lineup can’t compare to this.

9. Fresh Fest
Featuring Reggie B; “Myrrh”: Special Herbs, Vol. 2
DOOM samples the infamous “Friends” by Whodini. The beat was first used on “Deep Fried Frenz”. Masta Ace recalls his early youth when he wanted to be on the Fresh Fest. He goes on to speak about his earlier competitions, and how he finally reached his dream by performing at the festival. This is another standout for me.

10. Hoe-Tel Leftovers (Skit)
This is an interlude with Ace picking up some groupies after a show.

11. Slow Down
“Safed Musli”: Special Herbs, Vol. 7
Here is another beat that has only been used on the Special Herbs series. Ace continues his story from the previous skit about bagging Katie and her friend from the hotel. Ace ends up getting drugged and robbed by the chicks. The story continues from the room to the hospital, and ends with a lesson from Ace to stop thinking with your dick. Masta Ace does what a lot of emcees can’t and crafts the off-tempo beat skillfully to fit his story. Standout!

12. Home Sweet Home
Featuring Pav Bundy; “White Willow Bark”: Special Herbs, Vol. 5
Ace makes a track about going back to Home Sweet Home. However, he throws a twist on it and pays homage to all the places he’s got the chance to visit while touring. The first verse explains how he loves Cali because it’s right up his alley. The next verse is about the genuine love from France, and how he was returned $6000 after losing it. He finishes the third verse with a shout out to various countries all over the world.

13. Dedication
Now for the life of me, I can’t find where this beat is from. I’m pretty sure it’s not on the Special Herbs series. Anyways, Masta Ace shows respect for his mother, and officially dedicates the album to his mother in this interlude.

14. I Did It
“Camphor”: Special Herbs, Vol. 7
The album sounds to be wrapping up with a joint that’s about making it into the game. This song may be too repetitive for a few, but I think it sounds natural and inspirational. Ace gives homage to everyone who helped him reach this point. The beat was also used on the intro from John Robinson’s Who Is The Man?.

15. In Da Spot
Featuring Milani The Artis; “Orris Root Powder”: Special Herbs, Vol. 0
This song is about how people are always fronting like someone they are not while in the club. This is not the typical club track, but it couldn’t be truer. Milani the Artis joins Masta Ace to rap about the fake ass groupies in the club looking for their prince. It’s funny because after living in Vegas for a while, this is exactly how I see most people in the club. This beat was also used on DOOM’s “Black Gold” from Unexpected Guests featuring John Robinson.

Bottom Line:
My only beef with the album (besides the recycled beats) is the little amount of songs. The album contains 16 tracks, but 5 of them are skits. There are over 70 beats from the Special Herbs series and the majority of them are gems, it wouldn’t hurt to use a few more tracks. I would not compare this with Trophies, R.A.P. Music, or Life Is Good, but it’s an album that should get an honorable mention later in the year. If this was my first time hearing these beats, then it would without a doubt be a top album of the year. No matter how old the beats are or how many times they’ve been recycled, no one can take away DOOM’s creative mastermind on the production. This gets a 3.75 score, and here at the Fro, we round down.