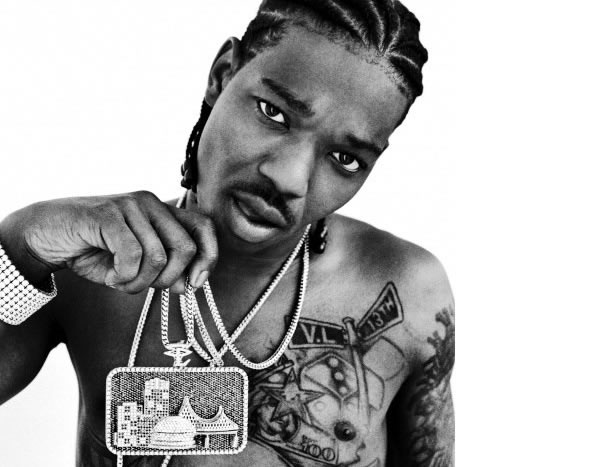 Rick Ross’s new video, B.G.’s federally-funded vacation/Mystikal’s second return from that same vacation, and a lively exchange with P-Body about the murder rate in New Orleans inspired me to find a song that has a collection of artists with distinctive similarities. B.G.‘s “Owe Me Some Money” from his 2009 album, Too Hood 2 Be Hollywood, features C-Murder, Lil’ Boosie, & Soulja Slim on the chorus. ¾ of the voices on the record will all be in jail in Louisiana at the same time. Lil’ Boosie has faced a murder charge recently and was found not guilty, but is still serving out the remainder of an eight-year sentence from drugs and weapons charges. C-Murder is currently serving a life sentence for second-degree murder in 2002. B.G. has been sentenced to fourteen years for being a felon in possession of a firearm. While Soulja Slim has seen jail time before, three years for robbery, his career was cut short before he would receive fame and recognition, like his peers, for his part in the number one hit, “Slow Motion” with Juvenile. Whether Baton Rouge or New Orleans, it seems like rappers from Louisiana have the worst luck in their careers and in life. The music still lives on to bring memories of moments when Girbauds, Soulja rags, & Reeboks were essentials.

Sidenote: Lil’ Boosie’s last days before going to jail were recorded. Juvenile, Hurricane Chris, and even B.G made appearances during the series. It’s eerie seeing him send someone now that he will be gone for 14 years.

Bonus: R.I.P Lil’ Phat. It seem like rappers from Louisiana have all the bad luck whether from bad decisions or just being in the crossfire at the wrong times.