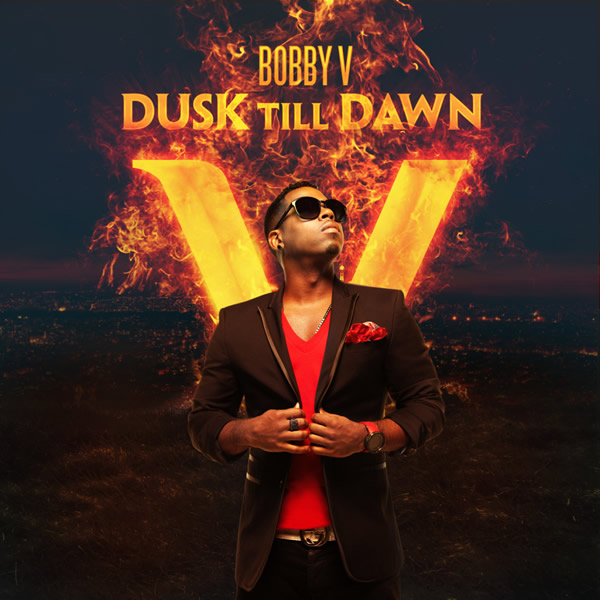 Bobby V is nothing if not consistent. He’s dropped an album every 2 years since 2005 quickly making this his 5th solo release. We’ve seem him go from DTP to the indies but his sound usually remains the same, and I’m not saying that is a good or bad thing. There have been slip ups such as his last album which was painfully mediocre at best. It was plagued with bad lyrics, beats, and overall just bad production. It shows in the sales too as each album has progressively moved less and less units, the last one failing to top 150k in sales total. With Dusk til Dawn I’m curious to see who we get. The culture has grown even more cliche and sexual in just the 1 year since his last album so does he put out music like he did on that last project in hopes that it will be more at home, or does he find a way to do something else. Let’s find out.

Bobby’s sound is pretty consistent at this point, when he’s on. There are some great examples of that on this album. “Are You Ready” could fit well on any of his albums with it’s whimsical melodies and production. He manages to sing about sex without being overt and ridiculously crass. That’s always a welcome path in today’s music when singing “cream on the table” is common. “Tipsy Love” is a song that I really like because it feels like some T-Pain product…and I dig his music immensely. It is hampered by the rap feature, something that happens commonly on this album, and just like those other songs (that I will get to in a moment) everything else around that verse sounds very good. “Rock Body” has some Usher sensibilities to it…like Confessions Usher blended with some Pleasure P. I really dig the song…until Gucci comes on. “Save Me” is another ode to good R&B music nowadays complete with heartfelt lyrics, soul grabbing singing and that good guitar riff to get the point across.

The lowest points on the album and ultimately what stop this album from getting a higher score (for those of you focused on that) are the rap features. There isn’t a single rap feature that helps this album at all. “Mirror” is haunted by a weak Lil’ Wayne appearance that even comes equipped with another “love bug/BzzBzz” line. “Role Play” was damn near skipped due to the weak bars by Red Cafe including “we dine with chopsticks, no dinner spoon”. Future grabs the autotune and decides to demolish “Tipsy Love” (as I mentioned above). Cassidy is probably the only feature that isn’t horrible on “She Got It All”, however it’s simply not needed. Then you have Gucci who figured he could would completely wreck a song with his verse on “Rock Body”. I think I would have rather heard 2 Chainz…and you know how I feel about 2Chainz.

The two really bright spots on this album come in the forms of “Before You Break My Heart” and “Put It In” featuring K. Michelle. “Before You Break My Heart” is exceptional in both song writing and production. Bobby V pens some magic with the help of Jeffrey Toney and Ryan Hirt. It’s simple but the hook is dope, “Before you break my heart, tell me / is there anything I can do different.” The way he sings this over the weeping guitar and the 2step beat really give this song the push to be one of the two stand out moments on the album. Put It In is a very close second while paying a bit of homage to the older duets in R&B. Is it a modern day “Fire and Desire?” I don’t know, but it’s definitely a lot more seductive and well produced than the title would suggest. K. Michelle adds more fuel to my question “Why isn’t she on forreal?” that started after her latest mixtape. It’s definitely a bit of a hood ballad-duet but it’s no less effective or good than it’s predecessors.

Bottom Line:
Like I said earlier, where Bobby has been consistent in schedule and mostly in sound, he has wavered a bit in quality with the label moves and production changes. His last 2 albums are best used as selection albums where you pick around and grab 2 to 3 songs and make your own album as the rest of those albums are pretty disappointing on several levels. With this album, he seems to have found his sweet spot again and has put together a really good R&B album. Making choices of subtlety over overt sexuality, writing depth and range over corny lyrics, and layered production over 808’s and synth alone help make this one of the more enjoyable albums of the year and of his career. Unfortunately, his last few albums may have also relegated this album to being one of the most slept on at the same time. If you enjoy Bobby’s voice and sound, this is a really good album to pick up. Dusk til Dawn is not one to sleep on, pun intended.

As a point of reference, I probably would have given that Brandy a 3 / 3.25