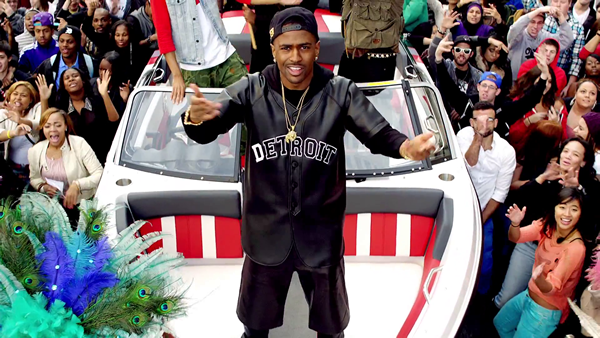 Even though he just released a new music video a few days back, Big Sean returns with another new video for “Guap”. In his hometown of Detroit, Sean leads a parade and even gets down with a glow-in-the-dark game of Bingo (What y’all know about that Bingo?), among other things. Directed by Mike Carson & Mike Waxx. This will be on Big Sean’s upcoming album Hall Of Fame.