What’s It Worth?: Remembering Trayvon Martin And Pondering The Worth Of Black Life 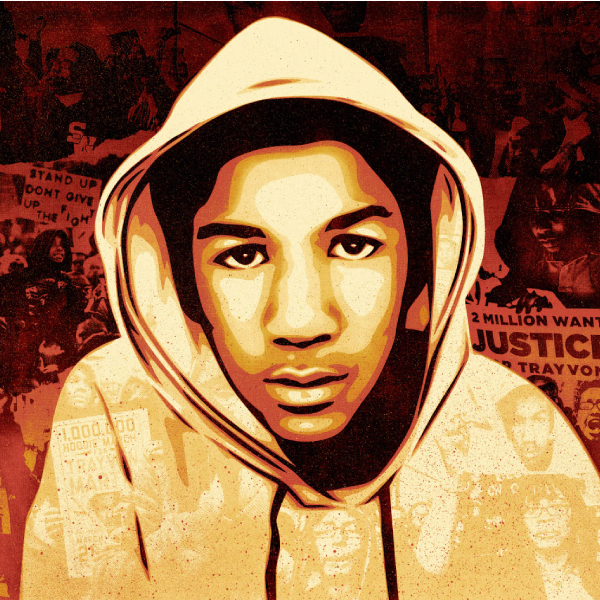 February 5th would have marked the 18th birthday of Trayvon Martin, the young, unarmed African American man shot dead in Sanford, Florida in late February of last year. For most of us, 18 marks the entering into adulthood and the beginning of life in the real world. Yet Martin will never know the experience of going to college, buying a house or starting a family, as he was deemed a threat to the surroundings he stood in by 28 year old George Zimmerman, the self appointed neighborhood watch captain who would end Martin’s life.

In all honesty I don’t know how Trayvon Martin’s life would have turned out because I don’t know him. I won’t romanticize his life as detractors’ claim his supporters are doing. Who knows what fate had in store for the young man? Would he have been a successful saint or unfortunate sinner? Like most of us, would he have feel in the middle? That road should have been left up to Trayvon and his maker, not a scared civilian.

Yet those considerations are often not granted to Black folks, particularly (But not excluded to) Black men. Those who support George Zimmerman will tell you that Martin was a thug who was up to no good and needed to be stopped. They’ll point to Martin being suspended from school, supposedly for marijuana possession (Although he was only found with a bag that smelled like weed, and the way the information was obtained probably wasn’t ethical). They’ll also point to profanity laced tweets from Trayvon’s Twitter account as further damning evidence that he was no more than a wild, soon to be gangbanger who got what he deserved. Then you’ll hear the folks in Trayvon’s corner point out that he was a honor role student who just landed his first job so that he could save up for his first car. Which side has the more accurate picture of this young man?

The saddest part of this is that the above is even a relevant question. Whether Trayvon was an All-American Rhodes Scholar or puffed more than Snoop, you still don’t have the right to shoot him just because his hoodie makes you nervous. It’s appalling that in 2013, in the midst of the Obama Era, that black and brown people have to justify their right to existence. The law is set in the hands of judges and courts, not reckless vigilantes. We are guaranteed as U.S. citizens the right to life, liberty and the pursuit of happiness. Are we not citizens? Or are we still operating at 3/5’s?

Maybe the question we should really be asking is one that we, both black and white, are not really ready to answer. That question being: How much do we honestly care about Black life? To many I’m sure that sounds incredibly absurd, but there are many indicators that add to its validity. Black people in this country lead in almost every negative statistic, and that’s not simply because of the music we listen to or the clothes we wear. While momentous strides have been made to eradicate the effects of slavery and Jim Crow, those effects still linger. Yet the popular opinion, held by many of both races, is that a majority of African Americans are no good ne’er-do-wells who just can’t get their act together, just like they can’t pull their pants up. That’s not just Klan rhetoric, that’s Bill Cosby. That’s likely your pastor every Sunday morning, lamenting and demonizing the state of Black youth. And that just may be you and I, blaming rappers and actors for the state of Black misfortune instead of looking at our local politicians and laws.

The Sandy Hook tragedy really drove home the juxtaposition between white and black life. When 20 innocent children lost their lives to a deranged gunman our country was able, within weeks, to move swiftly and efficiently to not only condemn, but to strategize and come up with viable solutions to make sure something like this never happens again. The president himself laid out 21 executive orders to directly address gun violence, a move that was both bold and courageous. It is that same boldness and courageousness that our young men need in Chicago, where last year over 400 people lost their lives to gun violence. The only discernible difference between the two cases is that the students were white, while the majority of those murdered in Chicago were Black. To be clear, I am in no way saying that the Sandy Hook incident did not deserve immediate action, but it does illustrate what this country is capable of when we care about something. Why can’t we come up with those same kinds of solutions for Chicago? Better yet, why can’t we re-examine the Stand Your Ground Laws that initially protected George Zimmerman from prosecution?

Unfortunately, sentiments like those are usually characterized as race baiting by some Whites or excuse making by some Blacks. Because of this there will continue to be a perpetual cycle of Trayvon Martins, just like there will be more Jordan Davis’s, Troy Davis’s, Oscar Grants’s, Sean Bell’s, James Taylors’s and Emmitt Till’s. And most likely we’ll get the same response; outrage, anger, marching and protest. Which is great, if those things ever lead to solutions. Unfortunately, history doesn’t give me a lot to look forward to. As we await the trial and eventual verdict of the Trayvon Martin case, hopefully we can somehow get the greatest justice of all; not a man in prison, but no more Trayvon Martin’s.