Does Superman Live in Cleveland?: Charles Ramsey and the Search for A Hero 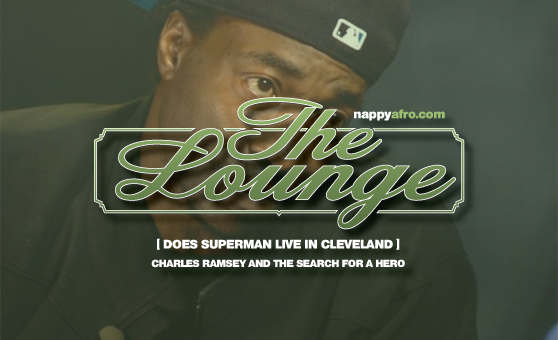 America has had a little over a week now to digest new internet sensation Charles Ramsey; the Cleveland resident responsible for helping rescue three women who had been kidnapped and held hostage for over ten years by his neighbor Ariel Castro. Ramsey’s disheveled appearance and somewhat colorful language garnered immediate attention, both positive and negative. Some saw him as a comical buffoon; the poor ghetto miscreant that news reporters seem to seek out to get a great sound bite rather than an accurate description of what went down.

Yet others, me included, saw someone who had committed a courageous act to rescue three individuals who were desperately in need of a knight in shining armor. Even though Ramsey’s armor may have been a stain ridden v-neck and his helmet was a blow-out that could’ve used a touch up, it didn’t stop him from doing what needed to be done. He may not have looked the part but he certainly acted the part. When asked about the reward he would receive from the FBI for the rescue he said he had a job and didn’t need the money, the newly rescued girls should receive it. When McDonald’s informed the media that they would be contact with Ramsey about possible endorsements after he told reporters he was eating a Big Mac before he saw the girl’s hand signaling for help, he refused to accept any of it. As news outlets and blogs everywhere tried to label him a hero he flatly denied the title, stating that he didn’t do what he did for fame, praise or notoriety, but simply because it was the right thing to do.

Here was a man with morals, courage and conviction. Maybe not a full set of teeth, but his valor and selflessness made up for that.

At least it did until reporters dug a little deeper into Charles Ramsey’s past.

We would soon find out that Charles Ramsey had been charged three times with domestic violence against his wife, which he would do time for. We also were made aware of his convictions for drug possession as well as being an accessory to theft. And while most interviews were seen as positive, one interview surfaced where Ramsey mentioned that if he had known of what Castro was doing he and his ‘goons’ would have handled the situation themselves.