Why “Accidental Racist” Misses The Mark 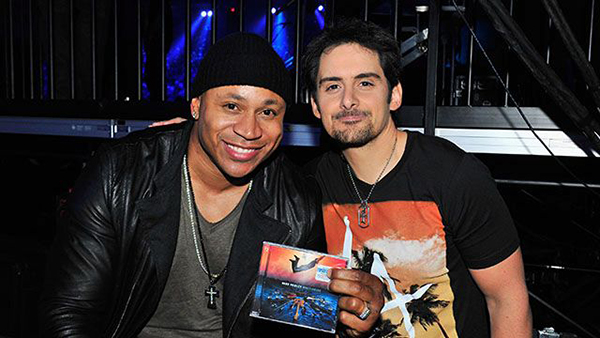 For a country that prides itself on being in a post-racial state, that pesky, four letter word ‘race’ still seems to rile a lot of folks up. Want to clear out a room full of people really quick? Announce that you want to have a deep discussion on race. You’d probably get more people to sit and watch paint dry than go for that talk.

It’s because we struggle with race so much that so many people are happy when allegorical olive branches are extended between the races. The latest peace offering comes from country music singer Brad Paisley and rap icon LL Cool J in the form of the song “Accidental Racist” (Listen below). The song details Paisley trying to reconcile his Southern Pride with the atrocities that have been perpetuated in this country since its inception. Uncle L comes in at the end to ease his newfound homeboy’s worries and assure him that bygones can indeed be bygones.

Which is all well and good. Why can’t we all just get along? Aren’t we all supposed to be prancing around a mountaintop somewhere like King said?

The problem with this song (and believe me, there are A LOT of problems with this song) is what gets conceded and what gets ignored when we try and have this talk about race.

Probably the biggest problem is that most people don’t have a comprehensive understanding of the nuances of race or racism. Race is a social construct, not a biological one. Racism is the extension of race that allows those in power to maintain supremacy and create hierarchy. Yet most people confine racism to a very myopic or narrow definition of ill feelings or hateful vocabulary. Even worse, most people see racism as part of a bygone era that only makes rare appearances, instead of seeing it as a convert institutional and systemic problem that still plagues us today. While it is great that the dreaded “n-word” is not a part of the mainstream lexicon, it doesn’t negate facts like African American men being arrested at a rate 10 times higher than that of white men for drug use, although they are statistically less likely to use. Or the fact that African Americans with the same education and experience as their white counterparts still on average make 30% less than whites at the same position.