The 10 Hottest R&B Singers In The Game 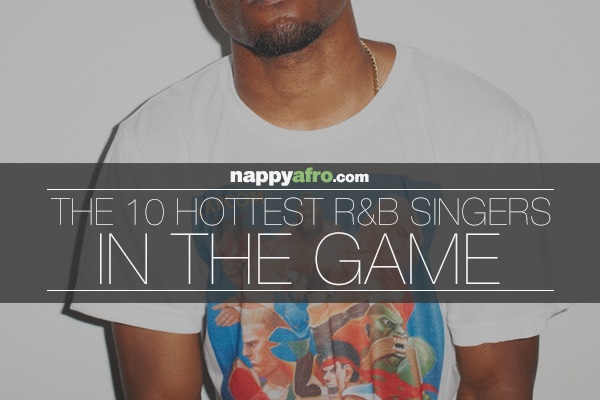 I know what you’re saying, “Another list!?” Yes, I am making another list, this time it’s for a genre that gets overlooked, misrepresented in the media and wrongly defined. R&B is not just songs for the bedroom when it is time to get down with the get down. The genre is more than just songs for grinding in the club when people need a break from turning up. R&B music is for when times are hard and you are living check to check but you got to keep on pushing. R&B is supposed to be about the blues that is what the B stands for not for bottles in the club.

While it is a list of popular singers, there are some popular names missing from this list. Beyonce, Chris Brown, Usher, and Rihanna will not appear on this list because they have crossed over into different genres with their work. Yes, Future and Drake sing too much, but they are not on this list. There are some singers in the industry that should be played on R&B radio stations like Bruno Mars and Adele, but their songs never make it on The Michael Baisden Show or Steve Harvey Morning Show. Once again, this is a popularity list, not a best of list, because of that some of my favorites are not on the list like Lloyd, Robin Thicke and Chrisette Michelle and some singers remain to go unnoticed after releasing great music in 2012 but still need to do more in 2013 to get recognition: K.Michelle, Jared Evan, Jhene Aiko, and Bei Maejor.