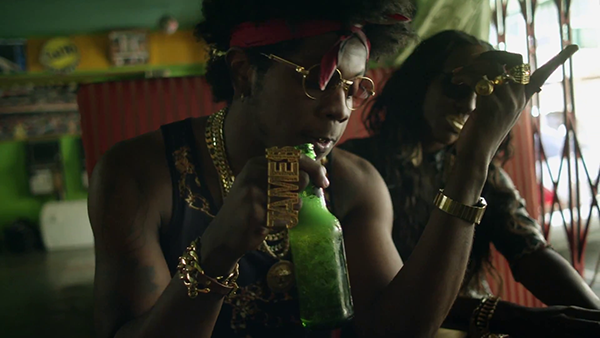 For a while now, I felt “Females Welcomed” was the best song off Trinidad Jame$‘s Don’t Be S.A.F.E. (Yes, even over “Gold Everything”), so it’s cool to see a music video get made for it. It’s also dope to see Jame$ take it back to his birthplace of Trinidad to film the video. And it’s a good video too. From the the beautiful women in Carnival gear to the fire breathing to even Jame$ doing pull ups on everything; it comes out great (Even after I had to get use to the clean version of the song). Directed by Jonathan Mannion.