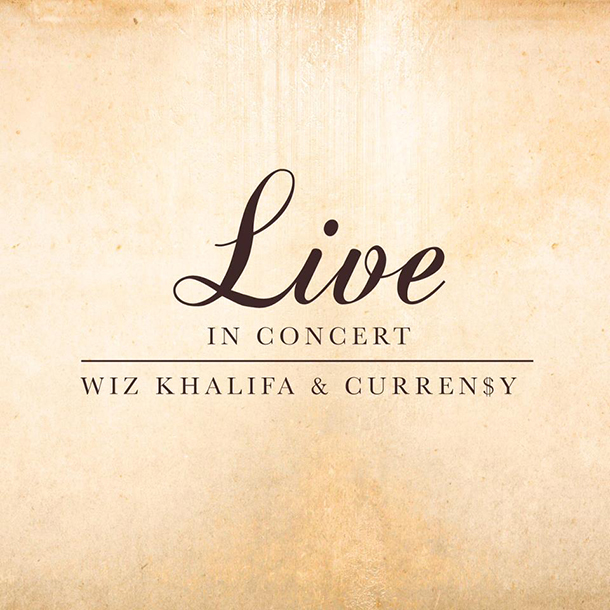 Back in 2009, Wiz & Spitta collaborated to drop one of the best mixtapes of the year, How Fly. At the time, the two were unknown rappers trying to make a name for themselves. Since then, Wiz Khalifa has gone to have a great deal of mainstream success. His famed “Black and Yellow” went #1 on the Billboard Charts and sold over three million copies. In total, Wiz has five platinum selling singles and one certified gold album. Curren$y hasn’t had the same mainstream success, but has dropped numerous albums through major record labels Def Jam & Warner Bros. However, you can say Curren$y has been more consistent with his releases.

Last year, Curren$y announced the two were back in the studio working on their follow up mixtape. Due to sample clearance issues of Bobbi Humphrey’s Fancy Dancer record, the mixtape was switched to an EP and pushed back to April 20 of this year. It may not be the mixtape everyone was looking for, but at least it’s something…even if we have to pay five dollars.

1. Cabana
The album starts with a mellow beat that was sampled from Bobbi Humphrey’s song, “Uno Esta”. The beat rides real nice, but after listening to the original, it’s the exact same thing. They didn’t throw in any kicks, drums, or anything else to make it different from the original. Anyways, Wiz & Spitta only have one verse while the instrumental floods out the song. Wiz spits about his recent success and staying on top of the game while Curren$y rhymes about cars and women. I wish they would’ve had an extra verse, but it’s still not a bad way to start the EP.

2. Landing
Landing samples Bobbi Humphrey’s “The Trip”. Once again, it’s the same exact version from her album Fancy Dancer. It’s a jazzy instrumental that sounds like it’ll get played in a racing game. Spitta Andretti gets on the mic first and drops a verse about cars, weed,and women. He shows that he has a creative side to his clichéd lyrics, “Motion sensors all over my house, for investigative ass hoes, that’s waiting on me to pass out, so they can tiptoe all over my home, whoa”. Wiz raps about his swag, cars, and how it’s funny that people are mad because he’s getting money. The last minute ends with a Bobbi Humphrey playing the flute. I’d say Bobbi was most impressive on the track.

3. The Blend
The beginning of the song starts off real nice. Curren$y sounds comfortable while he rhymes over Humphrey’s “You Make Me Feel So Good”. Spitta still rhymes about women, weed, and cars, but he brings some originality to the table describing how it makes him feel so good. Wiz comes on and sounds more like his younger years with how his swagger comes across. Yet, he still manages to throw in a few lines about making money. This could’ve been a standout, but two verses are not enough. 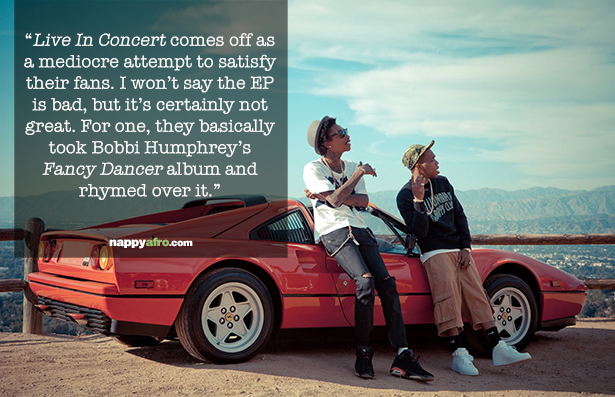 4. Toast
“Toast” samples Humphrey’s “Mestizo Eyes”. The beat actually sounds like something you can “Toast” too. Curren$y rhymes about staying in the game longer than these fake rappers, “Bitches can tell the difference, they know better than to smoke with ya, back up a little, bitch, you”ll get the whole picture, so much sicker than them niggas, I’m coughing, they just got hiccups”. Wiz toasts more to living in the moment. I actually like his flow on this one. This is a standout for me.

5. Revenge And Cake
Revenge and Cake is the longest track on the extended play. Nevertheless, the majority of the song is Humphrey’s “Sweeter Than Sugar” with Wiz not coming in until 1:28. Wiz rhymes about coming up on his success while Spitta does the same. I’d say Curren$y stood out more, but both of their verses do nothing to make the track stand out. Their lyrics and flow sound out of the place as they try to rhyme over the Bobbi’s stimulating jazz.

6. For Her
They saved the best for last. For Her samples Bobbi Humphrey’s “Please See Me At Ease”. The instrumental is mesmerizing and the added vocals do nothing but make it better. Wiz gets on first and tells how he, “Started at the bottom, but now my money is so motherfucking tall I can stand on it”. One line that sticks out is, “So much weed, you see all them grams falling, rolling so much up that fingers are starting to cramp on me”. Spitta Andretti gets on after the bridge, and rhymes about trifling females, “On the road to these riches, these hoes waving and smiling, but I don’t pay them no attention, I’m all about my empire, we just trying to get bigger, we multiplying in size, these snakes trying to get with us, they looking for the co-sign, but a real nigga don’t give a fuck, I’m too busy getting high”. The last minute and a half rides out to the original “Please See Me At Ease”. The samples feels fitting and closes out the EP perfectly.

Bottom Line:
Live in Concert comes off as a mediocre attempt to satisfy their fans. I won’t say the EP is bad, but it’s certainly not great. For one, they basically took Bobbi Humphrey’s Fancy Dancer album and rhymed over it. And to have only one verse each (and no hooks) on every track is plain lazy and uninspiring. If this album took a year, then I’m really not looking forward to any more joint releases. It sounds more like they recorded it with a jar of weed within 24 hours. Now, I understand why the samples wouldn’t get cleared. You guys think you can just take an album, and make NO changes to the instrumentals and put it out for free?

Anyways, I still believe the two have promising futures. However, they need to really put time into their work. Wiz needs to stop rhyming about how he’s better than everyone because he has money. When you rhyme about the same shit with no innovation, you just sound like you’re in it for the money, no longer for the love of hip hop. Curren$y has still been putting out good releases – damn near every release is solid. However, he still has the ability to put our superior albums like Pilot Talk I & II. I would give this a solid 3, but deducted a half point because they did nothing to add to the original Fancy Dancer. I think I would be more satisfied with Bobbi Humphrey’s version.