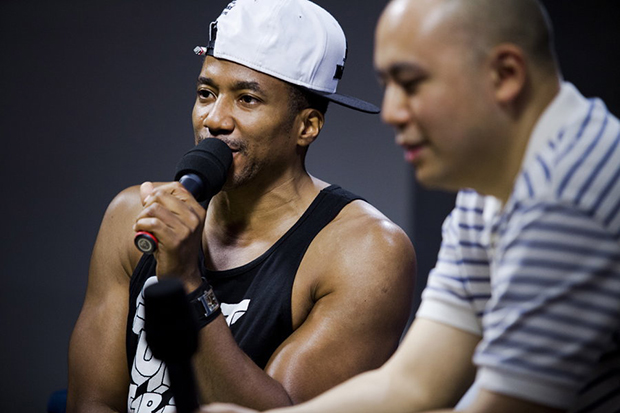 This is pretty cool. While at the Red Bull Music Academy, Chairman Mao interviewed Q-Tip. It’s a very insightful interview that’s about 2 hours long and it covers almost everything having to with Q-Tip & A Tribe Called Quest’s career.

But at the 1:37:00 mark, he talks about how there were several versions of Kanye West‘s “Mama’s Boyfriend” (Even one produced by Soulja Boy but we knew that already) and then plays a version that uses Billy Joel’s “Movin’ Out”. “Mama’s Boyfriend” was originally suppose to be on My Beautiful Dark Twisted Fantasy and we mostly remember it because Kanye went around and performed it for Facebook & Twitter employees (A studio version of “Mama’s Boyfriend” did eventually leak just not this one).

But that shit Q-Tip played was crazy and should have made the album (Sidenote: Didn’t Kanye use that sample for Juelz Santana’s “You Oughta Know”). Now unless somebody steals Q-Tip’s laptop, I don’t know if this version of “Mama’s Boyfriend” will ever leak.