2010 Album Of The Year: My Beautiful Dark Twisted Fantasy 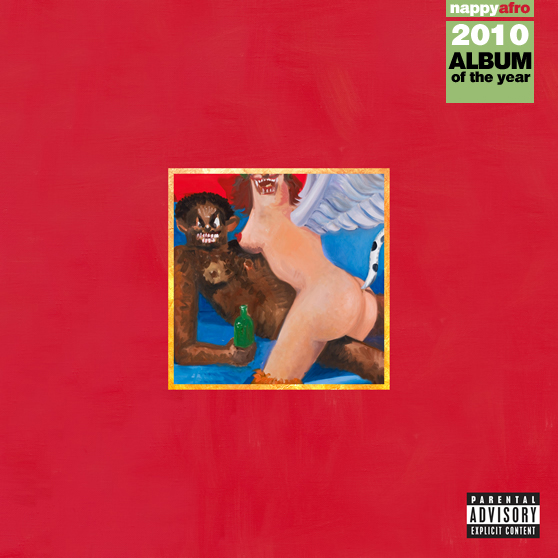 In an unceremonious fall that seemed both anti-karmaic and dream-like, Kanye seemed pretty much finished after the 2009 VMA stunt. If that was the worst possible event that could single-handedly ruin someone’s career, then My Beautiful Dark Twisted Fantasy seems the perfect way to sum up the whole “dark fantasy”. What began as just a single .mp3 file with a catchy sample on the net became an epic Hip-Hop album about the ills of society, complete with ballerinas and chimeras. ‘Ye dropped some of the best verses ever in his entire career on this album alone. Let’s not forget the A list talent he called in (Jay-Z, Nicki Minaj, Pusha T, etc) and how he proved himself in front of all of them. It was a very tough decision to make at the end of the day to choose Kanye’s album as the best album of the year in a year full of Em, the (half) return of Outkast, and The Roots, but Kanye clearly shined among them with an album orchestrated nearly perfectly that returned him to former fame. In Kanye’s own words, “to go from being the most hated person on the earth to selling 600,000 in one week…”. But yeah, don’t call it comeback.

Runners Up: Teflon Don, How I Got Over, Thank Me Later, Distant Relatives