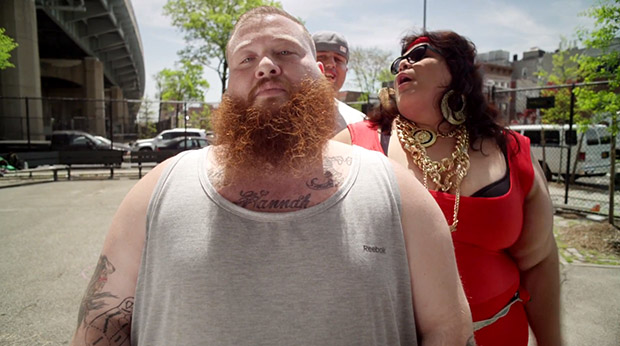 While we wait for the official numbers to for Yeezus, Born Sinner, & Watching Movies With The Sound Off (That’s next week by the way), let’s not act like we didn’t have any releases hitting the charts this week. The highest entry being by parody kings The Lonely Island and their 3rd album The Wack album. It came in at #10 and sold around 23,000 units. Weird Al, eat you heart out.

I’m not sure, but Saaab Stories seems like Action Bronson‘s first time making the charts. Yes, he has sold albums before like his debut Dr. Lector & Well-Done, but I don’t think he actually charted with those. The Action & Harry Fraud EP Saaab Stories sold 7,600 copies and grabbed the #63 spot. It’s a dope 7 track project and if you like Action Bronson, you’ll like this one.

Another rapper/producer duo making the charts this week is the Prodigy & Alchemist album Albert Einstein. This album brought back memories of H.N.I.C. (That’s a good thing). Albert Einstein moved 3,000 units and lands at the #175 spot.