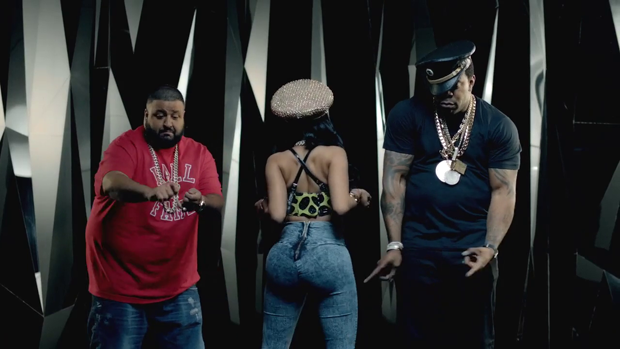 Let’s be honest, this music video for Busta Rhymes‘ Twerk It will get looks mainly on the promise of seeing Nicki Minaj‘s booty. And thankfully the video delivers on that promise plus a fair amount of booty from other women too (Sidenote: One those booties looks like Rosee’s).

It doesn’t take the prize from Major Lazer’s “Bubble Butt” for ‘Most Booty In A Music Video in 2013’, which should totally be category at this years BET Hip-Hop Awards, but it does it’s thing. Directed by Busta Rhymes & Director X.