Nelly feat. Pharrell & Nicki Minaj – “Get Like Me” [Video] 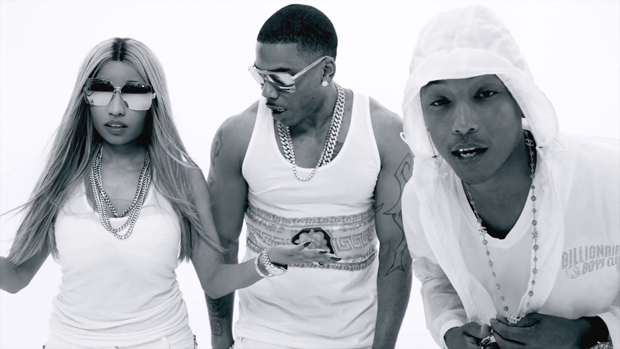 After trashing “Hey Porsche”, I wanted to hate Nelly‘s new music video for “Get Like Me”. I really did. But for a few reasons I can’t.

For one, it’s almost like they shot this music video in the late 90’s/early 2000’s. You could even say that it’s almost like a Hip-Hop version of Michael & Janet Jackson’s “Scream” music video. It was a weird way to go but it made me a little nostalgic in a good way.

Also, any music video that has a scene of a woman’s booty being played like some bongos is worth something. I don’t know what it’s worth but it almost makes up for Nicki Minaj wearing too many clothes.