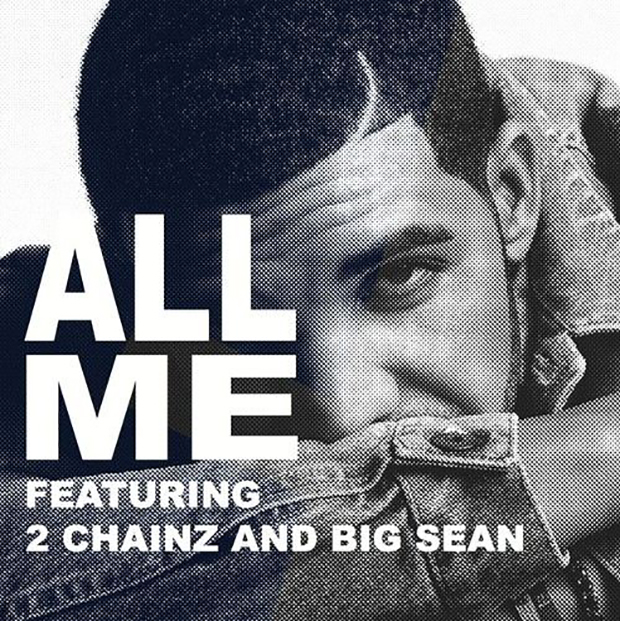 Drake keeps up his current routine of dropping new music late at night and releases “All Me” featuring 2 Chainz & Big Sean. Things to listen out for on this song: Drake calls himself the “light skinned Keith Sweat” and reminisces about fucking his babysitter, Big Sean shouts out his actor girlfriend and wonders if she makes more money than him, and 2 Chainz talks about setting off “ill nigga alerts”. This is ‘Talking Shit 101’. And don’t forget the Aziz Ansari sample.

Produced by Key Wane. Nothing Was the Same drops on September 17.