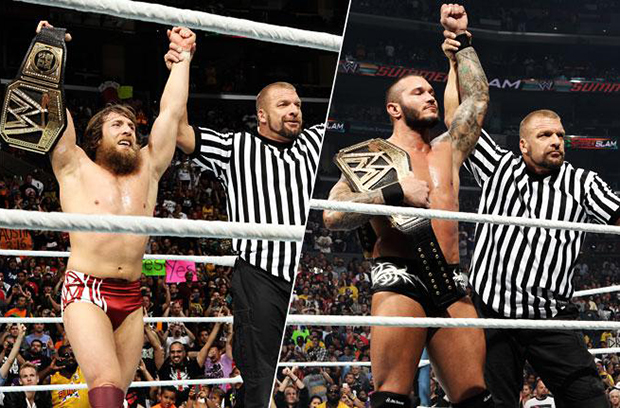 After weeks of anticipation, the 2013 edition of WWE’s annual SummerSlam event is in the books. While there were a couple of throw away matches, the pay-per-view turned out to be better than I expected. It’s also probably the only thing that would make me download Breaking Bad for later watching.

The shocker of the night has to be the Daniel Bryan vs. John Cena match for the WWE Championship. First off, it was good back and forth match (Cena CAN wrestle) that surprisingly saw Bryan win with a running knee to become the new WWE Champion. After the match, Randy Orton came out and teased cashing in his Money in the Bank briefcase. Triple H then turned on Daniel Bryan (Really, the only reason he was there) pedigreeing him and allowing Orton to cash the in his Money in the Bank briefcase to become the new new WWE Champion. Heel Orton lives