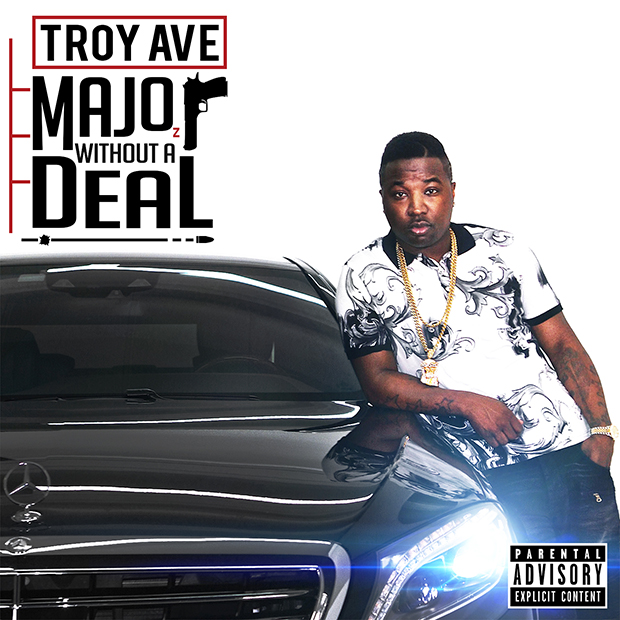 Powder! (Now that I got that out of the way, the review can start.) It seems like for the last decade New York has been forcing their artists onto fans of Hip-Hop. The birthplace of the most popular genre of music has not been able to claim credit for grooming a superstar since 50 Cent. Papoose, Saigon, Uncle Murda, Maino, Fred The Godson, Cory Gunz, Red Café, Vado, and Bobby Shmurda have come and gone to fill that void. And now Troy Ave is poised to fill the spot as the Rotten Apple’s mainstream star . I will say that the BSB leader has an edge over his peers. Troy Ave is able to make a song or two that I can enjoy instead of just having a hot freestyle over the latest hit record. Most known for the Bricks In My Backpack mixtape series, the Brooklyn rapper has become a mainstay on various music sites/blogs. His debut album, New York: The Album became a critical favorite, but his arrogance may hold him back from being a bigger star.

1. Quarter Million
Featuring Cam’ron; Produced by Ted Smooth
The horns set the theme for a grand entrance, but “Quarter Million” is not the best way to start a project. The production reminds me of Camron’s “Let Me Know” so I can see why he made the choice for a guest verse. Nothing much going on here lyrically; the Killa Cam verse is cool but not memorable.

2. I’m Bout It
Featuring Fat Joe; Produced by Yankee
Except for bad Master P reference, the first verse actually gives you details of his past and a sense of who Troy Ave is:

Too much fashion rats sayin’ this and that
No clothes in facts, everybody’s in the trap
But they ain’t never sold no drugs, for really though
Cause they was dead broke in they first video
YouTube don’t lie, sort it like numbers
I been gettin’ money for the past eight summers
Bought a Benz all cash, ho picked up a Hummer
And to think, we wasn’t even twenty-oner
That’s not a word, now you know how I feel when these absurd
Rappers talk about things that never occurred
Damn it, the nerve, you ain’t never brandished a bird
Or guns on your enemies and gave them what they deserve

Similar to the guest list from the last album, New York rappers get the red carpet treatment. This is the song for fans of grimy 90’s New York Hip-Hop. Joey Crack kicks his shoes off and walks all over beat likes he’s at home:

We made it, yeah, motherfuckers, we made it
I can’t believe this shit
A hundred on the wrist, two hundred on the neck
Yo, five on the whip, three milli up in escrow
I been flippin’ bricks since Nas was called Esco
All eyes on me like a n!##a on Death Row

Joe been a don, shit is realer than you think
Still ain’t seen a n!##a dive in a pool in a mink
Fuck you done to that shit? That ain’t really chinchilla
This is Joey Crack shit, ain’t a n!##a been realer?

3. Young King
Produced by Yankee & Troy Ave
Like Napoleon, Young Ave is not waiting to be crowned. He bestows the honor on himself after realizing how hard he has worked building his buzz without a major deal or cosign. Finally, we get a feature less song. It’s not that bad, but also not that great.

4. Real One/June 5th
Produced by Yankee & Troy Ave
The first half of this song has inspired me to write a new Really, We’re Still Doing This? article on either rappers making songs about how real they are or rappers bragging about taking other people’s girlfriends. Those two life choices and street life are what makes Troy Ave real in his mind. The second half of the 4th track of the album is more talk about money and the past and present work the independent artist has accomplished and plans on completing in the future.

This album is off to a very bad start.

5. Doo Doo
Produced by Tha Bizness
Tha Bizness reemerge to produce one of the first singles from the project, “Doo Doo.” If you think the song is going to be juvenile and about defecation based on the song title, you’re right. The song is catchy though and gives reason why I thought Troy Ave was a rapper that could make songs for everybody to listen to and enjoy.

6. Bang Bang
Featuring 50 Cent; Produced by Yankee & Troy Ave
Something for the street rap fans. 50 Cent stops by to help the young New Yorker with the heavy lifting of carrying this song.

7. A Bronx Tale
Produced by Kid Capri
No disrespect to Kid Capri, but the production on this joint is BORING! The lyrics are boring as well as listeners try to listen without falling asleep to a story about the Brooklyn rapper dating a woman way up in Bronx, New York.

8. Love You/How I’m On It
Featuring Lil’ Twin Contraban; Produced by Rubirosa
For the first half we get another love song followed by how better he is than everyone else with someone imitating Migos’ ab-libs. SKIP! 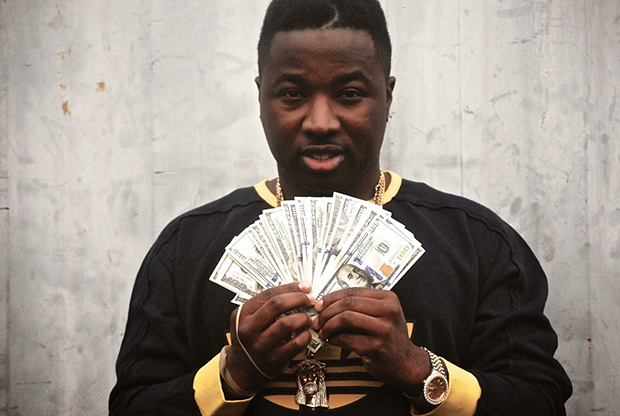 9. Fake Butt Busta
Produced by Rubirosa
Not only is the song funny itself, but the juxtaposition is hilarious. You have this serious production with various Jazz influences (Saxophone plays throughout the song.) that I could imagine Skyzoo destroying, but it’s used for a song about ass shots basically. LOL!

10. Do Betta
Featuring Ty Dolla $ign
At this point, I learn that Troy Ave is a horrible storyteller. Drake has this issue where he raps stories only about himself or a girl. Suffering the same disease, Harry Powder’s attempts at stories are not as good or as entertaining. Not even the current king of Ratchet & Bottles (R&B) can save this track about how women should choose the option of Troy Ave to be in their lives.

11. Finagle The Bagel
Featuring Young Lito; Produced by Yankee
Hustle, hustle, hustle, HARD! I give them credit for the song title, but the BSB Boys attempt at motivating the thugs to flip their money and get that work falls flat.

12. Gimmie That
Featuring A$AP Ferg & Young Lito; Produced by Yaiquab
The chorus is as follows:

Really? We’re just going to keep it that simple? Man, this beat got wasted.
Ferg, weren’t you on NPR earlier this year talking about artistry? This is more ammo for me when people say Fergie is better than Rocky.

13. Do Me No Favors
Featuring Fabolous & Jadakiss; Produced by Chance N Cashe
If you want to hear how similar Troy Ave can make his voice similar to a dog howling at the moon, fast forward to “Do Me No Favors” on the album. I MIGHT come back for the Jadakiss and Fabolous verses.

14. Anytime
Featuring Snoop Dogg; Produced by John Scino
Kendrick Lamar is a weirdo rapper in his opinion, but Ave still thinks using Janet Jackson’s “Anytime, Anyplace” for inspiration is a smart move. Another smart move was getting Snoop Dogg that sounds focused on this record and actually overshadows Harry Powder.

15. Tales of Revenge
Produced by Chance N Cashe
For the exodus of his album, Troy reanimates Christopher Wallace’s body of work by “remixing” the production (Thanks to Chase N. Cashe) and concept of the classic, “I Got A Story To Tell”. Showing love that’s the Brooklyn way. Isn’t that cute? BUT IT’S WRONG!!!!!! NO! NO!! NO!!! Storytelling is not one of his best skills. There is nothing but basic and generic details, nothing entertaining or captivating here.

Funny thing, I realized that the last verse of “Tales of Revenge” has the album’s star sending shots at somebody with a line made popular by fellow Brooklynite, Jay Z. “You made it hot line, I made it a hot song”. After that, the album ends and the remix of “All About The Money ” featuring Jeezy and Rick Ross begins. For those unfamilaiar with that song’s history, it was originally Manolo Rose’s, another up and coming Brooklyn rapper, before Troy Ave decided to take it. While Manolo does remain on the chorus and in the official video, he has never been asked to perform the song with Dope Boy Troy or be properly compensated. I didn’t know Troy Ave was so petty that he would end his album on that note.

Bottom Line:
Well, I thought Troy Ave could rap AND make songs. As someone that actually claimed to be the first Brooklyn rapper to have drug talk in their songs, there should have been some noteworthy details or at least a standout song or verse about the life. I was disappointed about Jeezy’s last album having the same small amount of substance as Major Without A Deal, but at least Snowman is entertaining. Troy Ave sounded the same over the course of 15 songs: monotone. With my 5th listen of this album, I don’ know who I strongly dislike (Hate is a bad word) more: myself for listening to this album multiple times or Troy for making this album.