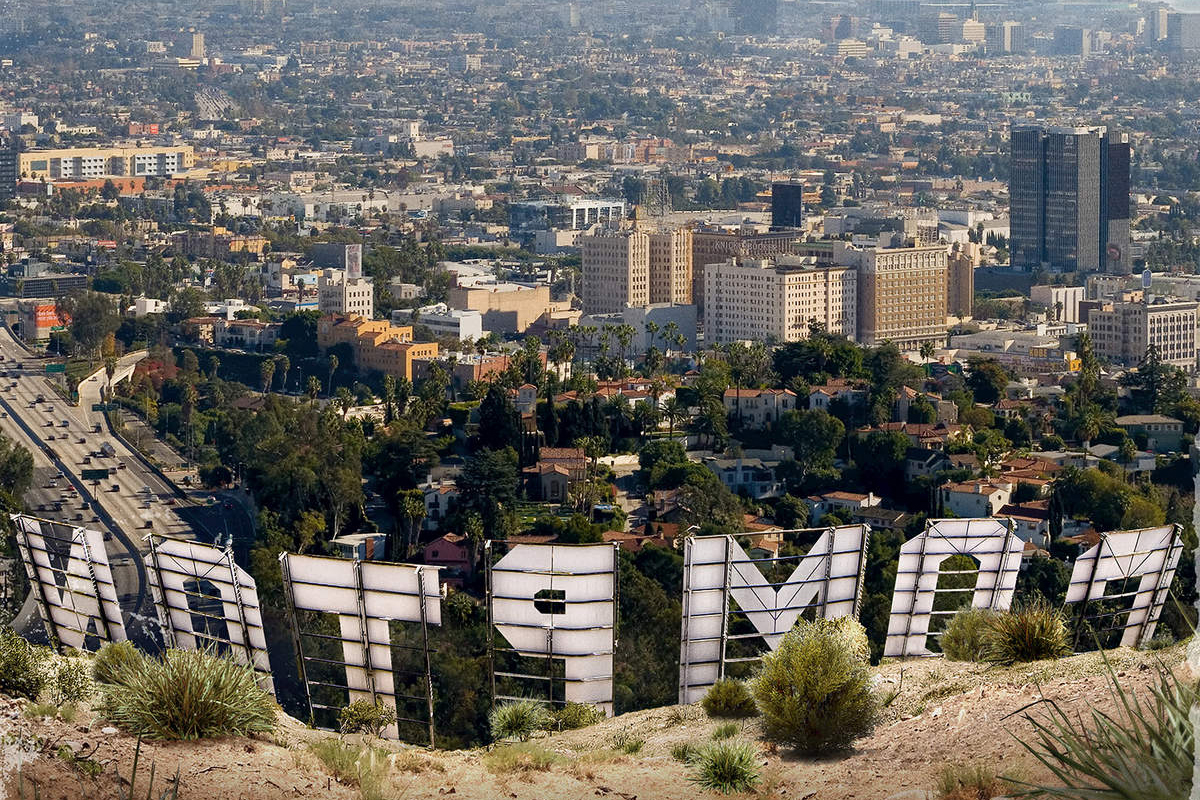 I did it, the unthinkable, something I should never have done. Ever. I forgot about Dre. Sorry bout that Mr. Young, but can you blame me? Last time this man put out solo work, I couldn’t even read. I was 2 years old when 2001 dropped in 1999, and misleading title aside, that album is considered a classic by many. Dr Dre is without a doubt a living legend.

Since Dre’s humble beginnings in the World Class Wreckin’ Cru, this man has been jockeying discs and making beats that made history. After the Cru he moved into national acclaim with the legendary group N.W.A. joined by other members including Eazy E, Ice Cube, Mc Ren, and DJ Yella (What the hell was Arabian Prince to these dudes?). After making such controversial records as the much acclaimed and lauded Straight Outta Compton the group faced a lot of controversy for their violent lyrics and gangster image. The hit record “Fuck Tha Police” changed the way people view the boys in blue, now viewing some cops with disdain and some hate; the world had its eyes locked on Compton. Long story short, N.W.A. broke up real quick once egos got the best of some and Jerry Heller had his way with the remaining members. So Dre moved on to bigger things, hitting up Suge and Death Row Records for work. While their Dre released his classic debut The Chronic, a landmark in the history of rap production that took the Hip-Hop world by storm. With that album he also discovered Snoop Dogg, a then unknown prodigy.

Then Dre left Death Row and founded Aftermath, now this is really where shit went off. Aside signing Eminem and others artists, he released his second solo album 2001, another modern classic that still bumps to this very day. Then Detox, the biggest red herring in all of Hip-Hop. An album we all waited 16 years for, that in all honesty was never gonna come out. Two shitty singles later and Detox was dead in the water and we were all hanging in wait of Dre’s next word. Rappers name dropped Detox every other line and we all sat aroubd waiting. Well about two weeks ago Dre reported that Detox just wasn’t coming out; the rumors were true, it’s finished but he hated it. But all was not lost for he had a new album coming: Compton. All I know is that when I saw Dre was dropping a new album, I had to listen to that shit. So here we are. It’s August 2015 and we’re sitting here with a new Dre album. Was it worth the wait?

1. Intro
Produce by Focus…, Dr. Dre, & Dontae Winslow
It’s an intro. That about covers it. A voice talks about Compton of course; how bad it is, how dangerous. Scary shit dude. Its an intro that sounds like a news clip. That sums it up.

2. Talk About It
Featuring King Mez & Justus; Produced by DJ Dahi & Free School
Dre pulls a trap beat out on level 1. This sounds like it belongs on the Migos’ new album. But guess what? It’s pretty great, it’s catchy as fuck, banging like an earthquake, and Dre comes through smooth as fuck. What’s not to like? Is it out of place? Sure, but who cares? It bangs HARD. Features are nothing to write home about. Dre steals the show as he should.

3. Genocide
Featuring Kendrick Lamar, Marsha Ambrosius and Candice Pillay; Produced by Dem Jointz
This beat is on some real classic shit; now this is the Dre I know and love. This shit is real as hell and sounds like Dre circa Death Row era. And Kendrick being on a Dre beat goes over so fucking well. Candice Pillay rides this shit hard, and so does Dre, but Kenny takes it to the next level coming through loud and proud, proving his worth once again. Dre is starting a genocide on the record industry, he’s gonna be out selling you and making WAY better music than you. Deal with it. This song is easily top three on the album.

4. It’s All on Me
Featuring Justus & BJ the Chicago Kid; Produced by Bink & Dr. Dre
So after that back to back banger session, let’s take it easy. This is some great g funk produced by a g funk legend. Dre brings BJ the Chicago Kid in on this, and ever since “Studio” by ScHoolboy, I can’t get enough of the dude. This song is a call back to easier times, when Dre was hanging with Ice Cube and Eazy-E, then talking bout Snoop, and how he can’t believe how far he came from so little a year, to so much a day. Things done changed for the better.

5. All In a Day’s Work
Featuring Anderson .Paak & Marsha Ambrosius; Produced by DJ Khalil & DJ Dahi
Nice beat, soulful intro hook, nice bass guitar in the back; really a grooving track. Yet again Dre comes through chomping at the bit, wanting to show us what took him so damn long, spitting about his haters, reality TV, and all that shit. He’s hungry and no one is safe.

6. Darkside/Gone
Featuring King Mez, Marsha Ambrosius, & Kendrick Lamar; Produced by Best Kept Secret, Dr. Dre, & D.R.U.G.S Beats
A little more fast tempo, the beat isn’t my type but it’s still nice. It’s contains a Eazy-E tribute; heartfelt from one legend to another. Lyrics about death and what’s gone being gone, saying that Dre made his own way and no one helped him. And my boy K.Dot comes through yet again. Kendrick comes off as a confident MC, going toe to toe with Dre, and in my mind coming out on top again on this album.

7. Loose Cannon
Featuring Xzibit, Cold 187um, & Sly Pyper; Produced by Focus…, Trevor Lawrence, Jr., & Dr. Dre
Just like the title implies, everyone on this track is a loose cannon shooting off at random. The beat is loose and angry. When Xzibit comes in the beat changes into fast drums and X to the Z goes off on the mic. This track is great and angry.

9. Deep Water
Featuring Kendrick Lamar, Justus, & Anderson .Paak; Produced by Focus…, Cardiak, DJ Dahi, Dem Jointz, & Dr. Dre
Trap beat. Very distorting; this track is “busy” to say the least with a lot of shit is going on. A lot of voice effects and shit make this track a little too hectic. Kinda messing up the whole flow of the album and the track itself. Kendrick does well, but not perfect; he goes really hard, but so much shit is going on that I have trouble keeping up even after five listens. He comes off sounding angry and crazy, which is good I guess. But the hook is all over the place which makes this a low note on this record.

10. One Shot One Kill
Featuring Jon Connor & Snoop Dogg; Produced by Focus…, Trevor Lawrence, Jr., & Dr. Dre
That’s D O double G to you. Snoop comes out sounding just as good as he did twenty years ago if not better. Fuck the Snoop Lion and Zilla shit, he’s real on this track. Dre holds his own as per usual. And Jon Connor. OMG Jon Connor. The world’s been sleeping on my boy Jonny and he’s giving all those people reason to bow so hard their knees hit they forehead (Shout out to Yeezy). But really. Jon Connor is the self proclaimed “People’s Rapper” and he brings it with one of my favorite features on this whole album He truly makes this track that much better (More reason to hype a solo release from the dude). Dope song.

11. Just Another Day
Featuring The Game & Asia Bryant; Produced by Trevor Lawrence, Jr. & Theron Feemster
This beat is crazy nice and The Game holds shit down so hard. Two crazy nice verses from Bompton’s very own. This song is basic in it’s charm but that’s great  it focuses on the music and that’s what matters. Let’s see how Game’s next solo album pans out (After this track i’m feeling good).

12. For the Love of Money
Featuring Jill Scott & Jon Connor; Produced by Cardiak
Money makes the world go round and no rapper has ever known that better than Dre. But the track comes hard with my boy Jon Connor coming back on the cut to prove his worth. And he does more than that throwing out a great verse on a great beat. With this track Jon was quoted saying this: “Dre will tell you like this: Unless you’re going to get on that mic and do better than Jay Z, Eminem, Snoop Dogg, Ice Cube, or Kendrick Lamar, he doesn’t want to hear it”. He may not do better than those guys best, but he kills it in his own right and I’m happy to hear it.

13. Satisfaction
Featuring Snoop Dogg, Marsha Ambrosius, & King Mez; Produced by Dem Jointz
One word: groovy. But for real, this track is hot. But an unexpected star steals the show. The (to me) unknown King Mez. Boy comes in sounding like Charlie Murphy on the mic, that may sound weird, but it comes out amazing. Snoop also rides the beat just as he should. Great song.

14. Animals
Featuring Anderson .Paak; Produced by DJ Premier & BMB SpaceKid
This beat is co-produced by DJ Premier (one of my favorite producers of all time). This song is amazing with soulful singing and a nice chill verse by Dre. That amazing Primo sound makes this a song for the ages.

15. Medicine Man
Featuring Eminem, Candice Pillay, & Anderson .Paak; Produced by Dem Jointz & Focus…
This song has a nice fast paced sound. Eminem comes off NOT ANNOYING on this track. Read my Shady XV review and you’ll know i’m not the biggest fan of this dude. But he gives a good verse and makes it sound bearable. In fact I fuck with it kinda. Not my favorite track but not the worst.

16. Talking to My Diary
Produced by DJ Silk, Choc, & Dr. Dre
Nice ending note to this project. Dre goes solo, talking about his past and shit. He gets deep in to his past as if he’s talking to his diary. And on some loud nice trumpets, the album ends.

That was a trip. Like a Disney ride I waited 16 years for. It was nothing short of amazing, but was it worth the wait? No it wasn’t. If Dre literally released the best album of all time, that would make it worth the wait. But 16 years Doc? That’s a little too long a time to release ONE amazing album. This being Dre’s final album (I think) and it’s a great send off to one of the game’s most beloved legends. With only one track really sticking out as not that great, this album doesn’t disappoint. At this moment in time, I would say this is better than 2001. I don’t know about The Chronic (It’s been awhile since I gave that a spin). I loved this album and I think all of you will too. So with much assurance I give Compton a 4 and a half outta 5. Peace.