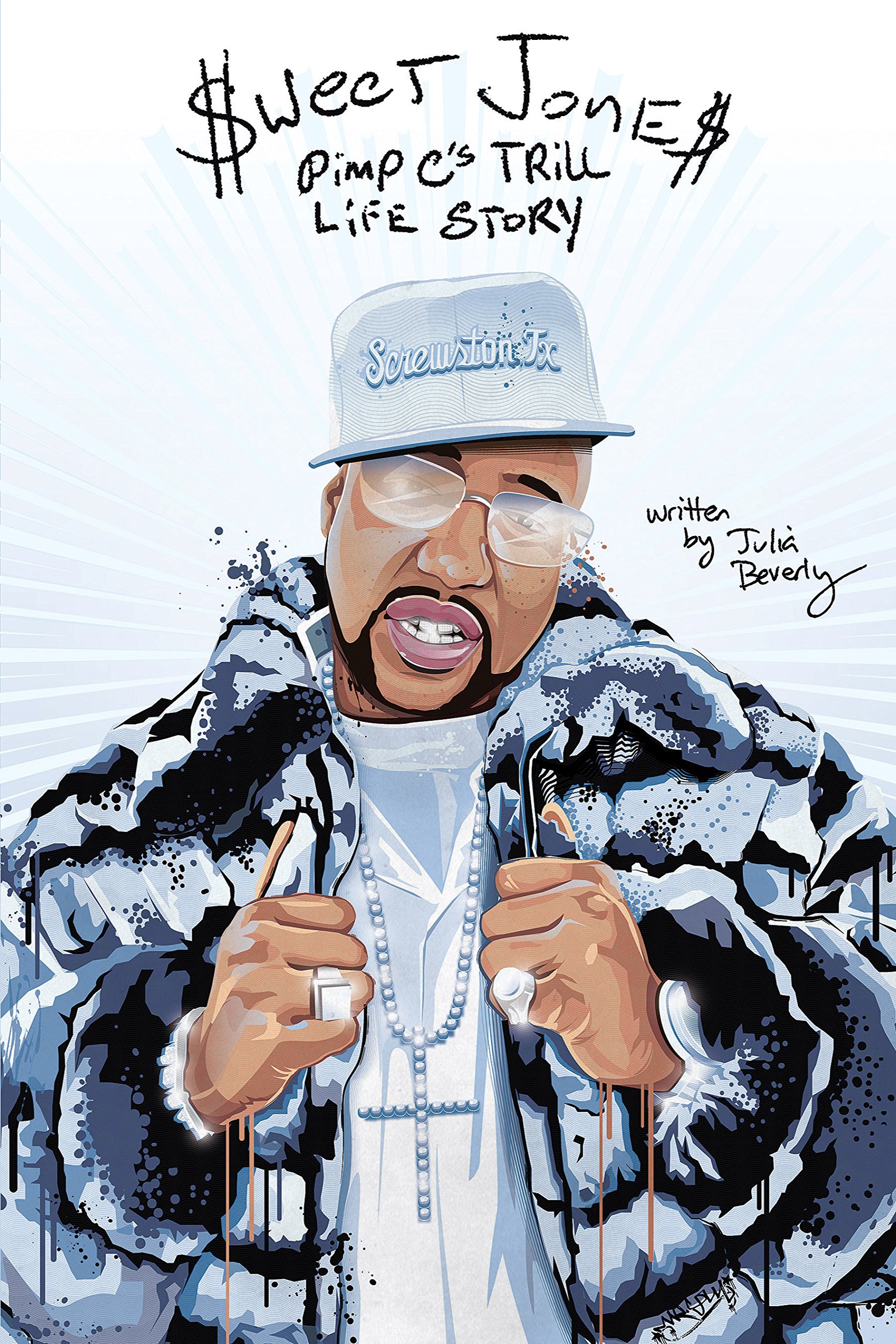 Just like Hollywood biopics, most biographies follow the same cliche structure of childhood, almost making it in the industry, making it in the industry, having a problem (women, trust issues, or drugs), the fall, and end credits. With Pimp C‘s biography, I had no idea where the next chapter was going to take place. Chad Lamont Butler is one half of the legendary Hip-Hop duo, UGK, along with Bun B. I was introduced to Mama Wes Monroe’s only child while watching Jay-Z’s video for “Big Pimpin'”. I was unimpressed by the guy in a fur coat with no shirt on rapping in front of a Benz. I liked “Sipping On Some Syrup” by Three 6 Mafia and UGK, but not because of Pimp C’s classic opening verse. I was 11 and liked the hook. Fast forward three years later and Pimp C is removed from the general public and began a prison sentence for an altercation in the mall that was a captivating story that could’ve filled the majority of the book. Ironically, it is during his absence that the Port Arthur native got most of his notoriety and finally reached my radar thanks to MULTIPLE guest verses from his groupmate that would end with a “Free Pimp C”. Once released on parole, Pimp C made the most of his time and made an undeniable impact on the next generation that followed after his debut album in 1992 with Too Hard To Swallow before his unfortunate demise on December 4th, 2007.

That is the short version, like I said, I was a Pimp C fan from 2004 to 2007. I had three years to enjoy his presence and I did with countless features and a UGK double album. To this day, his solo cut from Underground Kingz, “Shattered Dreams” is one of my favorite songs. I listened to Pimpalation, but besides the opener, “Free”, I really wasn’t a fan because of all the guest features. The reason for that decision got explained in the book (It is a compilation presented by The Pimp). It is amazing how someone was able to make an impact in someone else’s life in that short matter of time. Myself and thousands of others share the same sentiment towards Pimp C as his biography is more than just a retelling of his life. From rappers, music executives, lawyers, drug dealers, preachers, pimps/prostitutes, to federal agents all share a story or two about Chad Butler. All are important, but the most important storyteller is UGK’s former “momanger”, Weslyn “Mama Wes” Monroe. The story couldn’t be told as vividly and unfiltered without Pimp C’s mom. God Bless Her! The Texas prison system, music industry business, and the rise of Hip-Hop in the South all get their spotlight in the lengthy, but always entertaining work by Julia Beverly. Long Live The Pimp!

As I type this, the author of the best book I’ve read this year so far (Sorry Issa Rae and John Howard Griffin) is beginning her book tour. With Pimp C’s biography, I had not anticipated a book so much this year until they announced the release date of the fourth entry in the Millennium series, The Girl In The Spider’s Web (You better not F up Stieg Larsson’s legacy, David Lagercrantz!). This book is a biography on the man that brought Trill, Port Arthur, Texas, and Southern Hip-Hop to the mainstream before it was adopted into pop culture (Which is weird because major book publishers passed and Ms. Beverly released this independently). I had the pleasure of interviewing Julia Beverly about her debut work as an author, being one of Pimp C’s favorite people, the perception of writing a “Hip-Hop Book”, Ozone Magazine and journalistic integrity.

“Pop It 4 Pimp” is one of the best R.I.P. songs in the history of Hip-Hop. In my opinion