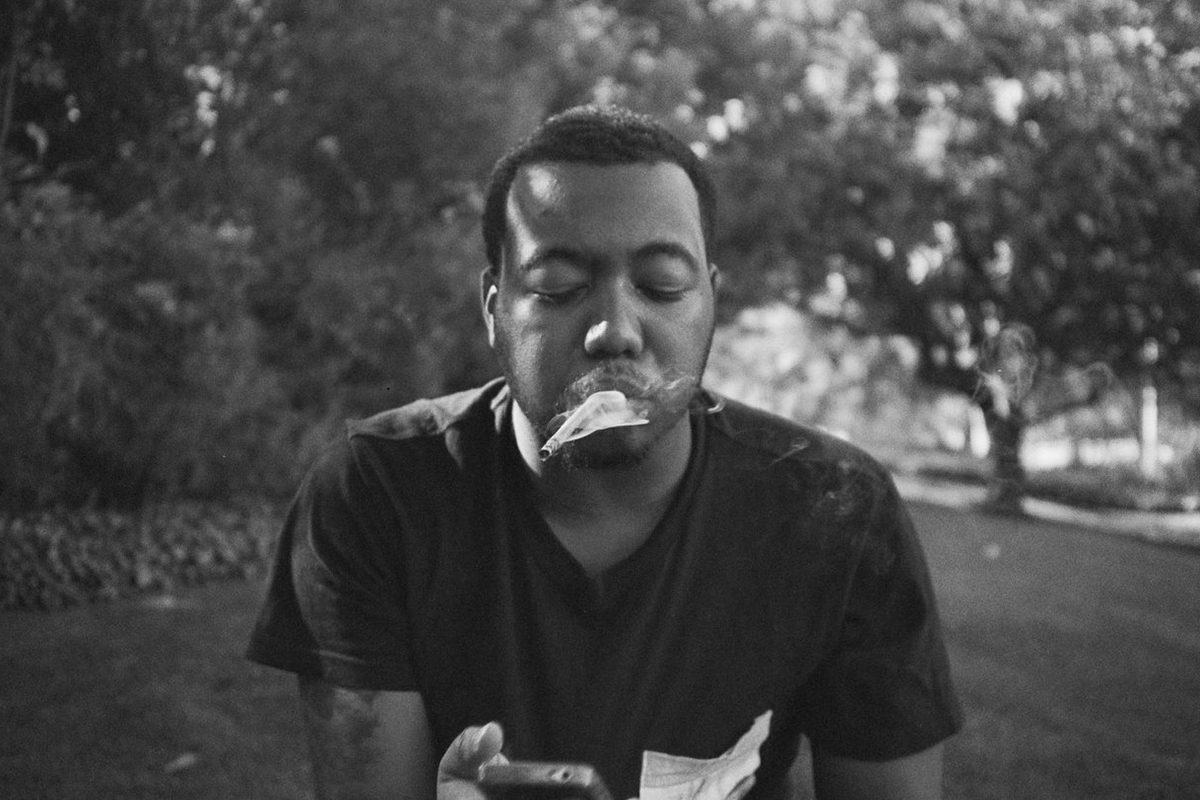 I remember the first time I paid Odd Future any attention. It was around early 2011 and their buzz was undeniable. I can’t lie, when they first came out I did not like those guys. But it was two that stood out and drew interest from me. The first was Earl Sweatshirt; I loved his cadence and his delivery on “Chum”.

The other, and especially, was Domo Genesis. It was like he was the dark horse. He was the one always in the back. Never wanted too much attention. And by 2012 I heard a couple verses and a mixtape from him titled No Idols. I still didn’t know too much about him, aside from the fact he was from inglewood. And I was still a fan. So of course when Domo announced his album in early March, I was excited. I was waiting on this for a long time and I was happy for him that he finally got a green light on releasing a full project. Because trust me, there are a lot of rappers that don’t get that. So let’s get into it. Domo Genesis’ debut album Genesis.

America aint really tell me how that pie taste. I’m looking for my destiny, take me a blind date

Domo starts the album off on a high note. You can tell he’s focused from the get go. The sample on this song is dope. There is a lady singing that soothes your ears. I like this song a lot. He’s spitting on here but it sounds like he’s definitely just getting started.

2. One Below
Produced by Sha Money XL
I love this song. It sounds like a powerful outro. His mother speaks for the first minute and a half. It’s a great message. I love how he made this track #2. It sets the tone for the rest of the album. As far as the production, Sha Money XL killed this shit. Domo spitting through the first two songs and it doesn’t sound like he’s slowing down. This one of my early favorites and is a great song. This might be a classic.

3. Wanderer
Featuring Tay Walker; Produced by Cam O’bi
This sound like some shit you would hear Earl Sweatshirt on. Not a bad thing. It has a good hook on here too. Domo spitting again. But out of the first three songs, this may be the weakest. But by no means is it a bad song. Just not as strong as the first two. The snare on this beat jamming though. Good production.

4. Questions
Featuring Da$h & Kendra Foster; Produced by MaffYuu
I love this song. The beat, the hook, the lyrics, and the message. Domo has not missed a step lyrically so far. In this song he asking questions and it sounds like he’s asking himself more than anybody. Definitely one of my favorites. As far as the feature by MaffYuu, the verse is dope. I like the voice and he keeps it going. These samples Domo has picked is really dope by the way too.This song reminds me of an Xzibit song. I love Xzibit by the way.

Are you embracing what’s becoming your part? Are you complacent? Can you face personal pain just for the love of the art?

5. My Own
Featuring JMSN; Produced by Christian Rich
Let me start this off by saying that JMSN is one of my favorite R&B artists. He reminds me of Justin Timberlake. Really dope. As far as the song goes, I really like it. It’s definitely a change compared to the song before. JMSN seems to have a great chemistry with a lot of Hip-Hop artists (ex: Ab-Soul) and honestly he carried this song.

6. Gas (Go)
Featuring Wiz Khalifa ,Juicy J, & Tyler, The Creator; Produced by Tyler, The Creator
We get wWz rapping over a Tyler beat? Dope. The production is dope. You can really tell Tyler is getting in zone with the beats. Tyler does the hook and everyone else does verses. And I must say, Juicy J stole the show. Yes, in 2016 Juicy J is still killing shit. Fun song but not the greatest.

I don’t regret a single night I came home fucked up. I’m sorry for a single time I made hoes cry

THIS SONG JAMMIN’. The sample is dope as fuck. Mac Miller came through with a super dope ass hook. I wouldn’t be mad at a Mac Miller/Domo Album. That’d be dope. 7 songs in and I have yet to hear an mediocre verse from Domo. This cat came with something to prove. Definitely one of the best songs.

8. Faded in the Moment
Featuring & Produced by Cam O’bi
This song sounds like he’s reminiscing. Kind of sounds like he’s talking about his significant other if he has one. Again, the sample is dope as fuck. Cam O’bi provides a beautiful canvas. I like this song; if it comes on I don’t skip it. Which kinda seems like the whole vibe throughout the first eight songs.

9. Dapper
Featuring Anderson .Paak; Produced by Garcia Bros.
I’d love to hear Kendrick Lamar on this song. This song sounds like the whole funk vibe Kendrick been bringing since last year. This was one of them songs you just have fun on, dance to, and have a good time with. I wouldn’t listen to it all the time but this song is cool. I am a BIG Anderson .Paak fan by the way too.

10. Brotha
Produced by DrewByrd & KiNTaRO
The baseline on this song is dope. It stands out. The hook does as well (“I’m still smoking on that la la la lalala”). By now you should already know that Domo Genesis is spitting. You can just vibe out to this one. Not one of my favorites but a dope song nonetheless.

I been playing this one at least once a day. Left Brain dope as fuck and I wish we heard more production from him. Domo kill this one. It was a murder. First Degree. Every feature has been dope and this is not any different. I love this one.

12. Lost and Found
Produced by Steely Wonderbread
This is a dope outro. Some nice horns in the background. He spitting tough, but not too hard. Great melody for the hook. That’s the high point of the song. I like this song, but not too much. Sonically, it was a great way to end the album. But if this track was to stand alone it would just be meh.

I must admit, I was really surprised after the first listen of Genesis. I hadn’t heard anything from Domo in a while and had high expectations but knew he had to meet the expectations of his crew. This album is great. I love it. It’s very universal for a kid from Inglewood California. And that’s what i like about it. I see a lot of potential from Domo. And since this is his DEBUT album ima give it a 4. The tracks i recommend are “One Below”, “Questions”, “Coming Back”, and “All Night”.