Exciting. Heart pounding. A cinematic experience for the ages. These are things I wish I could say about Batman V Superman: Dawn of Justice, but unfortunately Batman v Superman is like allegedly waking up after night of drinks with Bill Cosby; muddled, lethargic, prolonged, and disorganized.

In Man of Steel director Zack Snyder sets up an interesting but noncomplex world of Superman that suffers tremendously from lack of story structure and linear arcs. Batman V Superman is like the younger sibling who walks in on daddy and sister then is force to suffer the same fate but worse.

Just like its predecessor, Batman V Superman opens strong introducing our new incarnation of Bruce Wayne played by Ben Affleck. This version of Bruce Wayne/Batman is the darkest we’ve ever seen on screen scorned by decades of being a vigilante. Batman has blurred the lines of being a hero and being a stone cold murderer. Affleck’s portrayal of the cape crusader is one of the best we have seen on screen. Affleck gives Bruce Wayne much more depth than what is lacking on the page. Also being reintroduced in this incarnation of Batman lore is Alfred Pennyworth played by Jeremy Irons. The relationship between Bruce and Alfred in the film is one of the highlights of the movie. Affleck’s and Irons’s chemistry resemble that of Florida and James Evans of Good Times fame with the snarky backhanded banter between the two. It’s too bad these scenes where too far in-between instead we were stuck with the mono tone performance of Henry Cavil reprising his role as Clark Kent/Superman. 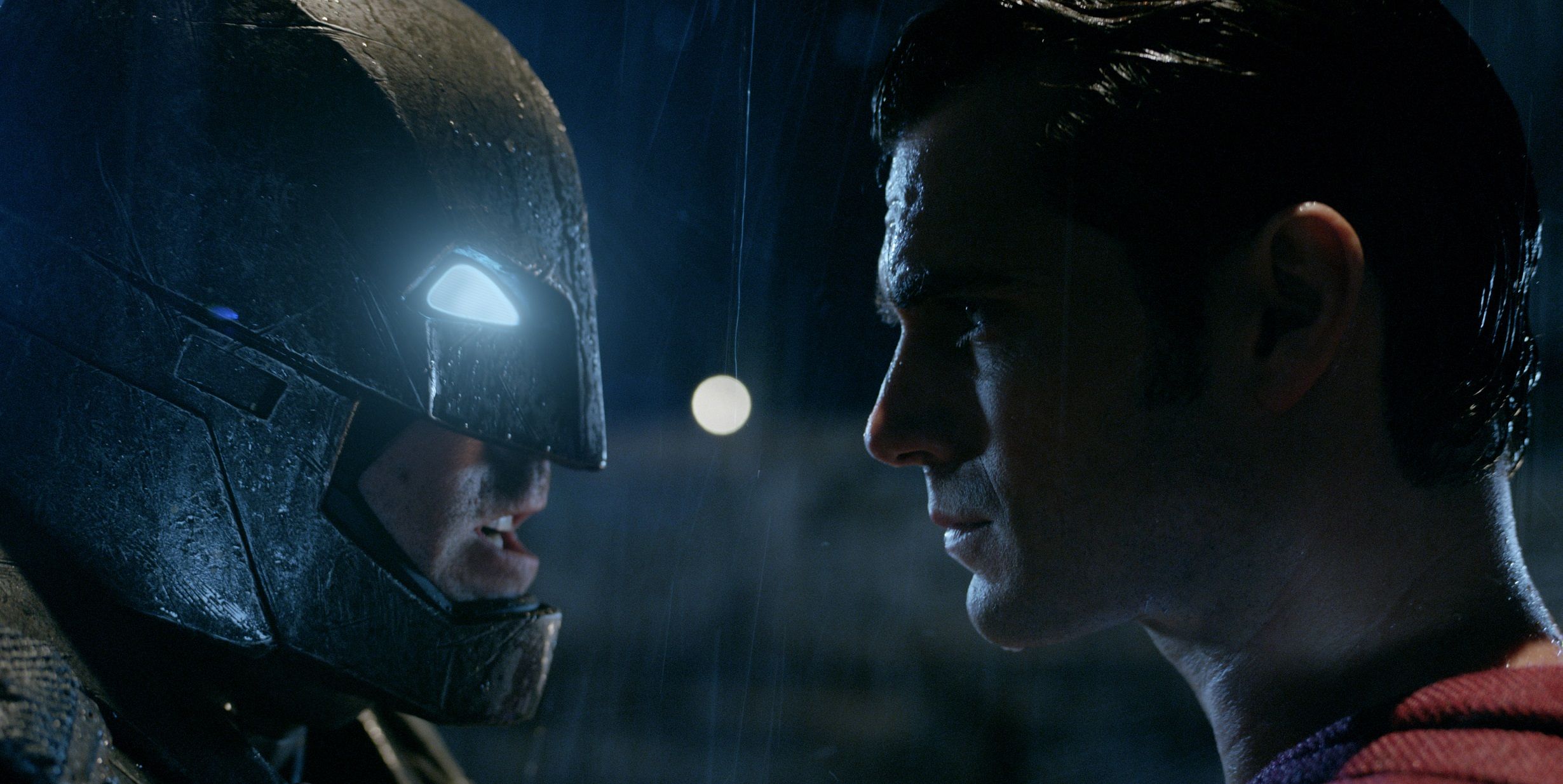 This go around Cavil seemed to half ass his performance. It’s hard for me to blame him because he wasn’t given much to work with on the page. Superman is the center of everyone’s affliction in this film but is given little to do throughout the film but draw blank emotionless stares. Cavil is once again upstaged by Lois Lane played by Amy Adams. What I can applaud Snyder for is not making Lane a damsel in distress, instead Adams portrays Lane as a tough as nails heroine who can hold her own. The chemistry between Cavil’s and Adams’ characters are not as strong this go around again. I contribute that to the writing for an overly long two and a half hour movie where the plot points spread paper thin.

With an underwhelming script written by veteran screenwriter David Goyer, the Oscar nominated actors in Batman V Superman had to work with what was on the page. Some did a great job at it. Laurence Fishburne as Perry White and Diane Lane as Martha Kent and even in my surprise Gal Gadot as Diana Prince/Wonder Woman, but others failed to hone in their characters. Jesse Eisenberg’s portrayal of Lex Luther was far less Lex Luther and much more Charlie Sheen. The erraticness of the character and motivations are never really explained in depth. Lex Luther comes across as a laughable villain straight out of a 90’s cartoon. Batman V Superman suffers the most in its direction. Zack Snyder fails to piece together a coherent linear story with basic story structure of rising and falling action.

With a film full of heroes, there is no hero’s journey, Batman v Superman is just filled with extended scenes of muddle monotone dialogue that doesn’t service the story of this film but yet sets up a movie that doesn’t come out for another two years. With Justice League around the corner, my hopes are Zack Snyder learns it’s not all about spectacle but substance while writing this film. Until then I am looking forward to August when Suicide Squad, the third film in this new DC universe, is released.