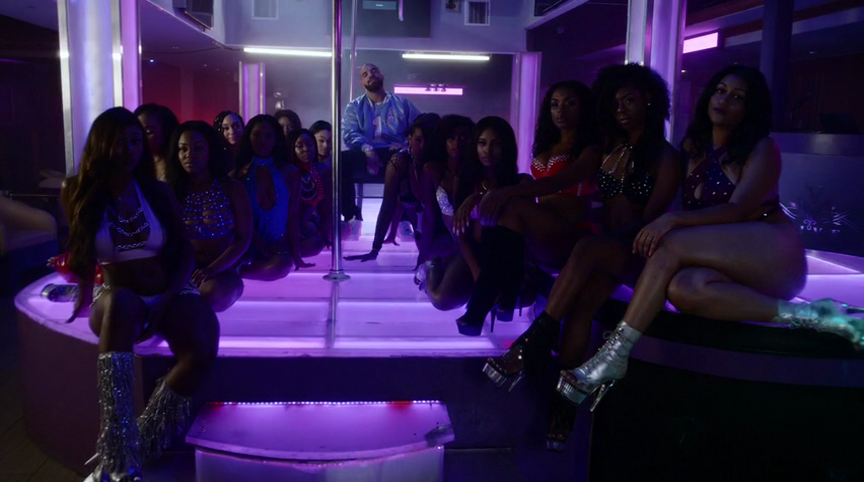 From The Cheesecake factory to V Live, Drake dropS the 12-minute music video for “Childs Play”. The first half is Drizzy arguing at The Cheesecake Factory with his upset girlfiend (Played by a lovely looking Tyra Banks) just like it’S described iN the song. Drake ends up with a face full of cake and raps that way for the entire first verse.

The second half of the video takes place at the V Live strip club in Houston. The Texas Hammer Jr. gives the dancers a pregame pep talk and then we get the standard strip club affair you see in most rap videos. Although, that image of Drake chilling with the strippers on stage looks cool as hell.