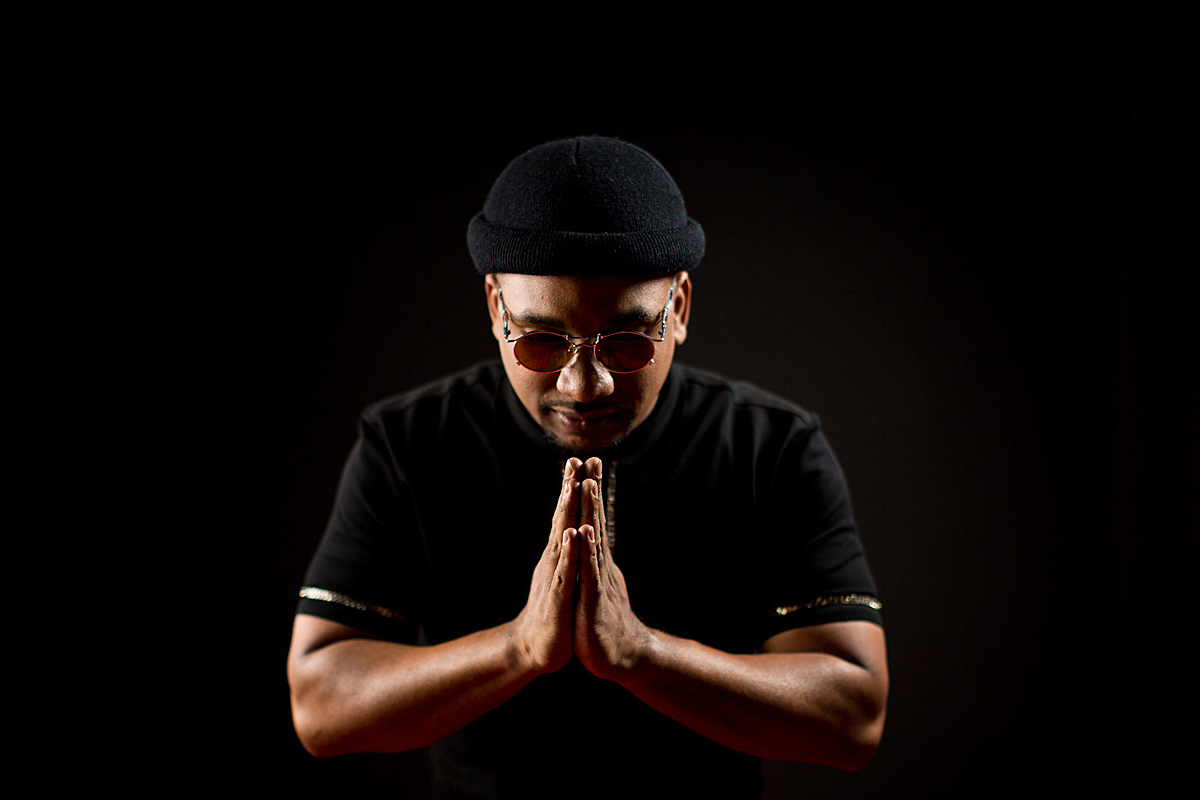 CyHi The Prynce – No Dope On Sundays [Review]

It should not have taken this long for CyHi The Prynce to drop an album. He can rap, he was signed to Def Jam, and he had a cosign and backing from one of the biggest rappers on the planet. It’s been a minute since I first listened to “My Name Rings Bells”, the song that initially put CyHi on my radar (A song that you can catch me still listening to because of the Stone Mountain references; a place I now live). But now after multiple mixtapes, label moves, and a weird semi diss song aimed at Kanye West, CyHi’s debut solo album is here in the form of No Dope On Sundays. Was it worth the wait? Let’s find out if there is any dope on CyHi The Prynce’s first major outing.

1. Amen (Intro)
Produced by The Olympicks & Edsclusive
The theme of church and religion are immediately on display as the word of Pastor Cortez Harris saying a prayer starts the album. Over piano laced production, CyHi put his gruff voice and flow on display showing listeners that he can rap:

Varsity in two sports, my reputation preceded me
But the trunk Pac-10 so I never played collegiately
BIG 12-gauge to WAC a nigga in the SEC
And that’s a second, my mind’s a MAC-11
I might not hit nothing but y’all know that I was present

The song loses steam on the third verse (which turns into CyHi’s version of “Ten Crack Commandments”) but is still a good opener to the rest of the album.

2. No Dope on Sundays
Featuring Pusha T; Produced by Mark Byrd, Lex Luger, Novel, Shawty Redd, HighDefRazjah, & Young Love
After getting another quick word from Pastor Harris and a dope sample of “Summer Breeze”, we get right into the title track of the album. This production is hard as hell. The song, which is broken into two parts, is also long (That laundry list on the producer credits might have been given it away). It’s like CyHi didn’t want to cut any of his verses when he got the Pusha T feature, which is understandable because CyHi drops a lot of dope lines (“It’s safe to say it’s all real but all my scars is all healed/Cause I been stabbed in the back more times than Paul Pierce”). Pusha raps towards the end of the track and while his part is kinda quick and doesn’t have drums, it meshes wells with the church theme and ends the track off right.

3. Get Yo Money
Produced by Novel, Brandon Black, & Mark Byrd
I don’t know if this was on purpose, but “Get Yo Money” is basically what would happen if a Down South lyricist jumped on a DJ Premier type beat. I’ve mentioned in the past that I’m all for stuff like this, and it’s the same here. CyHi drops some knowledge on how to move in the streets and more importantly, how to get out of the streets.

4. Movin’ Around
Featuring ScHoolboy Q; Produced by Syk Sense & OZ
On paper this is one I was excited for because CyHi & ScHoolboy Q on the same track seems dope right? And for the most part it is, from the production to the catchy hook. But something feels off. I can’t place it, which is a terrible thing to say when you are writing a review. But here we are. I guess the tie breaker on if it’s a good song or not is me not deleting it from my iTunes.

5. Trick Me
Featuring 2 Chainz; Produced by David & Eli
Track 5 contains the obligatory 2 Chainz feature. That’s not a bad thing as Tyti Boi feels right at home with CyHi The Prynce preaching about the ways to not get tricked into going to jail on “Trick Me”:

Nigga pulled a pistol on me and took my wallet, fuck it
Southside nigga, money long as Godby Road
“Duffle Bag” video was shot in front of Stop-N-Go

CyHi has the last verse on the song and the production switches darker and pushes the song over the top.

6. Murda
Featuring Estelle; Produced by Brandon Black, Mark Byrd, Shawty Redd, & Anthony Kihoffer
When I saw the title of this track and the Estelle feature, I immediately said, “Oh, they gonna flip ‘Welcome To Jamrock’“. And they did. This is fine and CyHi sounds good here but it does come off as a little unoriginal.

Props to Estelle for doing such a good job on Steven Universe that now it’s hard not to see Garnet when I hear her voice.

7. Don’t Know Why
Featuring Jagged Edge; Produced by Nate & Charity, Novel, & Mark Byrd
CyHi speaks on the social issues that affects Black youth. This paired well with production that samples Earl Klugh’s “Living Inside Your Love” which is more well known for being sampled on 2Pac’s “Pain”:

I’m from a place where the good die
Young, turn boys to men, it’s so hard to say your goodbyes
Man, this shit done took lives
If you die, would your hood ride?
The only time you got the goosebumps was at a book drive
Posin’ for my mugshot, make sure you get my good side

And yes, you read that credit right. Jagged Edge makes an appearance on the song too (They even get a proper introduction). They actually sound good here so it all makes sense and works out.

8. God Bless Your Heart
Produced by Brandon Black & Mark Byrd
“God Bless Your Heart” was probably the second or third song I heard before the album came out. I liked it before but now that I hear in the context of the whole album, it’s a dope album track. No real hook just CyHi spitting his usual witty bars (“Joe Jackson with trapping, I beat the sun up”) over good production. Speaking of production, it reminds me of something from the late 90’s which is always a great thing. Props to Brandon Black & Mark Byrd too because just looking at the production credits it seems they had a big part in molding the sound of the entire album.

9. Dat Side
Featuring Kanye West; Produced by Edsclusive
I’m happy to see Kanye West give CyHi a verse on “Dat Side”. Yeah, it’s apparently an old verse that was recorded in September 2016 before Yeezy had a mental breakdown, but a Kanye verse is a Kanye verse:

This song does what it suppose to do, give CyHi a viable single for the clubs and the radio. It’s also a good song to play after you get your paycheck or just need to shit on your detractors.

To be honest, lyrically CyHi isn’t saying anything that you haven’t already heard on songs like this, but the execution is excellent (I’ll even overlook the fake Daft Punk thing that happens towards the end). I don’t know if this is a planned single for the album, but it should be.

11. Nu Africa
Featuring Ernestine Johnson; Produced by S1, Epikh Pro, & Mark Byrd
For some reason I thought “Nu Africa” was on either Black Histori Project or Black Histori Project 2 but I was wrong. It’s initially came out in January of this year (2017) but that version is way shorter than the version here.

A little info about me if you didn’t read the author’s bio connected to this post: I’m a sucker for songs that preach Pro-Blackness. Now admittedly, this song may be too long clocking in at over six minutes, but I can’t hate a song that talks about an imaginary Black utopia.

Tell the motherland that a nigga comin’ back for her!

12. Free
Produced by Edsclusive, Fr23sh, & Jaggerwerks
On “Free” CyHi adopts an almost spoken word flow that’s backed by production that fits the style. He raps about things like having a learning disorder (“Failed every class, I flunked out before the/Eleventh grade, they told me I had a disorder”) to being fed up with the music business (“Yeah, feel like I’m being enslaved/Married to a bitch, it’s hard being engaged/You spent your all on your gift but you work minimum wage”). The song is a nice smooth break on the album and gives CyHi room to share his feeling and be vulnerable.

13. 80’s Baby
Featuring BJ the Chicago Kid; Produced Brandon Black & Mark Byrd
On “80’s Baby”, CyHi The Prynce raps from the perspective of an unborn child. This isn’t just a creative concept. In an interview with NPR, CyHi said that his mother was pregnant with him for six month and was drinking and smoking the whole time before she found out. Knowing that gave the song more clarity for me but I don’t think it’s necessary to feel the song:

Hey mom, this is your son buried off in your stomach
I feel the effects of them drinks every time that you vomit
Smoking cigarettes, you said you would stop, you told me you promised

I can see some people looking at this as corny, but for the most part CyHi pulls it off.

14. Closer
Produced by Mark Byrd & Brandon Black
The beat here uses a sample of Atlantic Starr’s “Let’s Get Closer” as the backbone. With CyHi rapping about the trials and tribulations he had to go through before getting to this point, this would have been a fitting way to end the album (More on that later). The smooth production matched Cy’s heartfelt lyrics makes this worth a listen:

Hurt to see my class walk, and I ain’t get to graduate
My parents washed their hands with me like before you grab a plate
I was on punishment, still coming in after eight
The belt don’t hurt no more, she can tell when she look at my face
I was a castaway, had to learn how to navigate

15. I’m Fine
Featuring Travis Scott; Produced by Katherine Mills, Josh Simmons, Brandon Black, Mark Byrd, Anthony Kihoffer, & Charlie Heat
“I’m Fine” is the way CyHi ends the album and it’s a slight stumble. It sounds like something that Kanye West left on the cutting room floor during The Life of Pablo sessions (with Travis Scott filling in for Yeezy). I understand the need to end the project on a high positive note, but this sounds kinda second rate, especially when you are emulating a person who is actually executive producing album.

To answer the question I asked at the beginning of this review: The wait for CyHi The Prynce’s first album was worth it. Not only does the album display the CyHi’s rhyming talent, but the production was surprisingly high quality for the most part. I say surprisingly because while Kanye West is in fact the executive producer of No Dope On Sundays, I figured that was just a dummy title to put more eyes on the project. But it actually seems that Yeezy had a hand in making sure the album had a full sound.

On multiple listens, there is not a truly bad song to be found on No Dope On Sundays. That’s not to say that it’s a classic or near perfect album. Some of the songs run a little long and not every punchline from CyHi sticks the landing. But as a whole, No Dope On Sundays is in fact dope. On every day of the week.