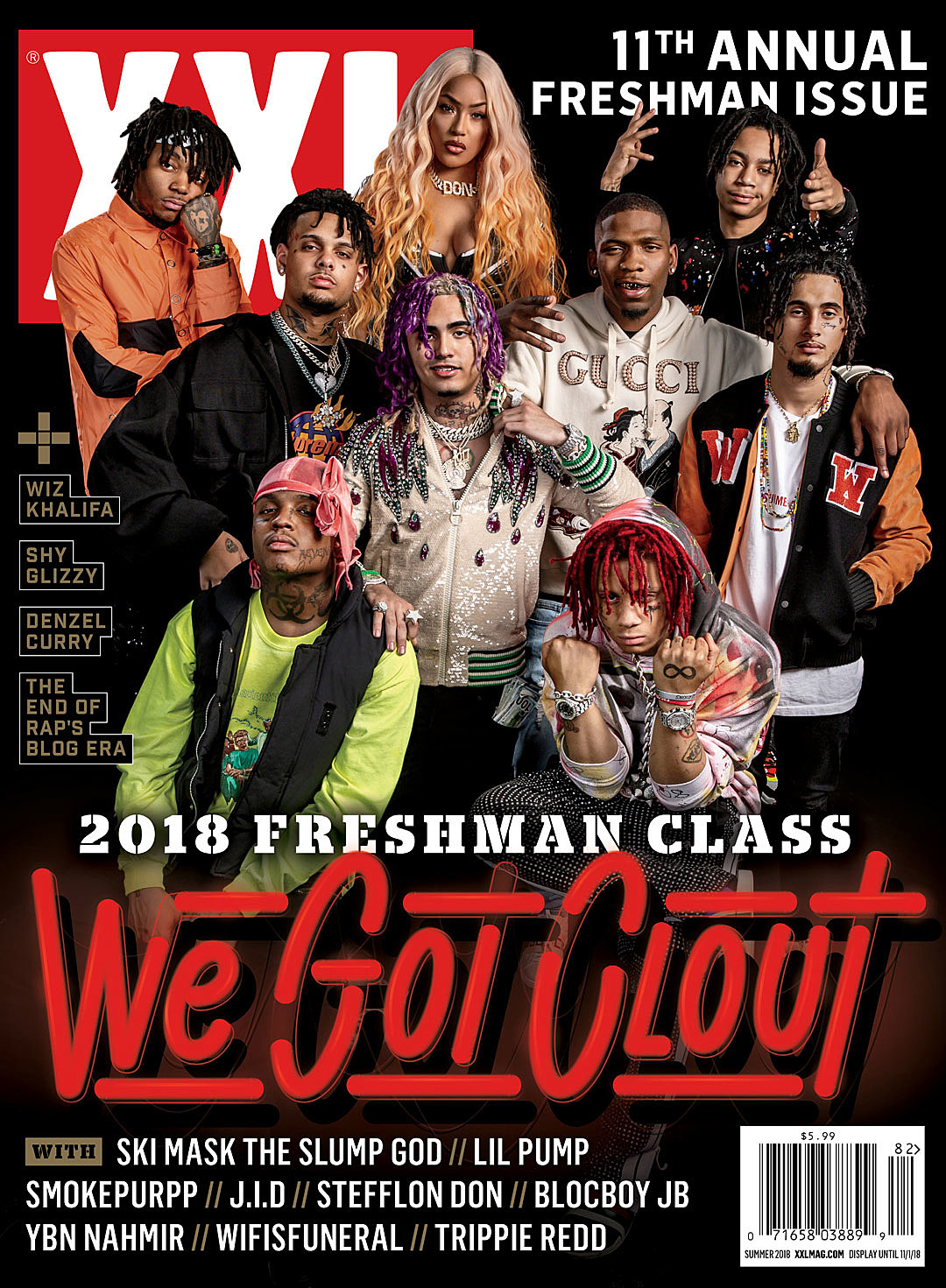 After a few leaks, XXL finally reveals their 2018 Freshman Class. And yes, this year’s annual list could be looked as having an abundance of face tats & SoundCloud/mumble rap (There’s also like four rappers from Florida but let’s not get into that…). Whatever. Let’s breaks down the rappers that made the list this year:

Lil Pump
Miami, FL
Is Lil Pump the biggest mumble rapper in the world? It’s gotta be him or Tekashi 6ix9ine right? That being said, I’ve grown a liking to Lil Pump since his interview with J. Cole and hearing “Esskeetit”.

J.I.D
Atlanta, GA
It seems like J.I.D is the defacto lyrical rapper of this year’s class. He’s also probably the one I have listened to the most. And who doesn’t like “Lauder”?

Stefflon Don
London
I wondered why I didn’t know who the hell Stefflon Don was. Especially with her being the lone female rapper on this list. Then I found out she was from London and now it makes sense. To be honest, I’m now kinda remembering that song she had with French Montana.

BlocBoy JB
Memphis, TN
BlocBoy JB is cool and all but he thank Drake and the Shoot Dance for his place on this list.

YBN Nahmir
Birmingham, AL
It’s easy to get all these YBN niggas mixed up but apparently YBN Nahmir is their leader. I thought the leader was the teenage who is smashing Blac Chyna. That seems only right.

Wifisfuneral
West Palm Beach, FL
I see Wifisfuneral’s name a lot when I’m on the internet and it’s hard to overlook because his name is Wifisfuneral. That’s about all I have to say about Wifisfuneral.

Trippie Redd
Canton, OH
Trippie Redd is one of the biggest name on this list. I wonder if he’s the reason why 6ix9ine isn’t on this list? I honestly don’t know any Trippie Redd songs other than that one where he’s rapping in the desert with his friends and dancing with gun. Oh, and he reportedly made out with the Cash Me Outside Girl.

Lil Skies
Waynesboro, PA
Lil Skies got voted on the Freshman Class via the 10th Spot but turned it down because he said the whole thing was rigged. Duh.

Congratulations to all the rappers that made the list. Hope you are around next year.