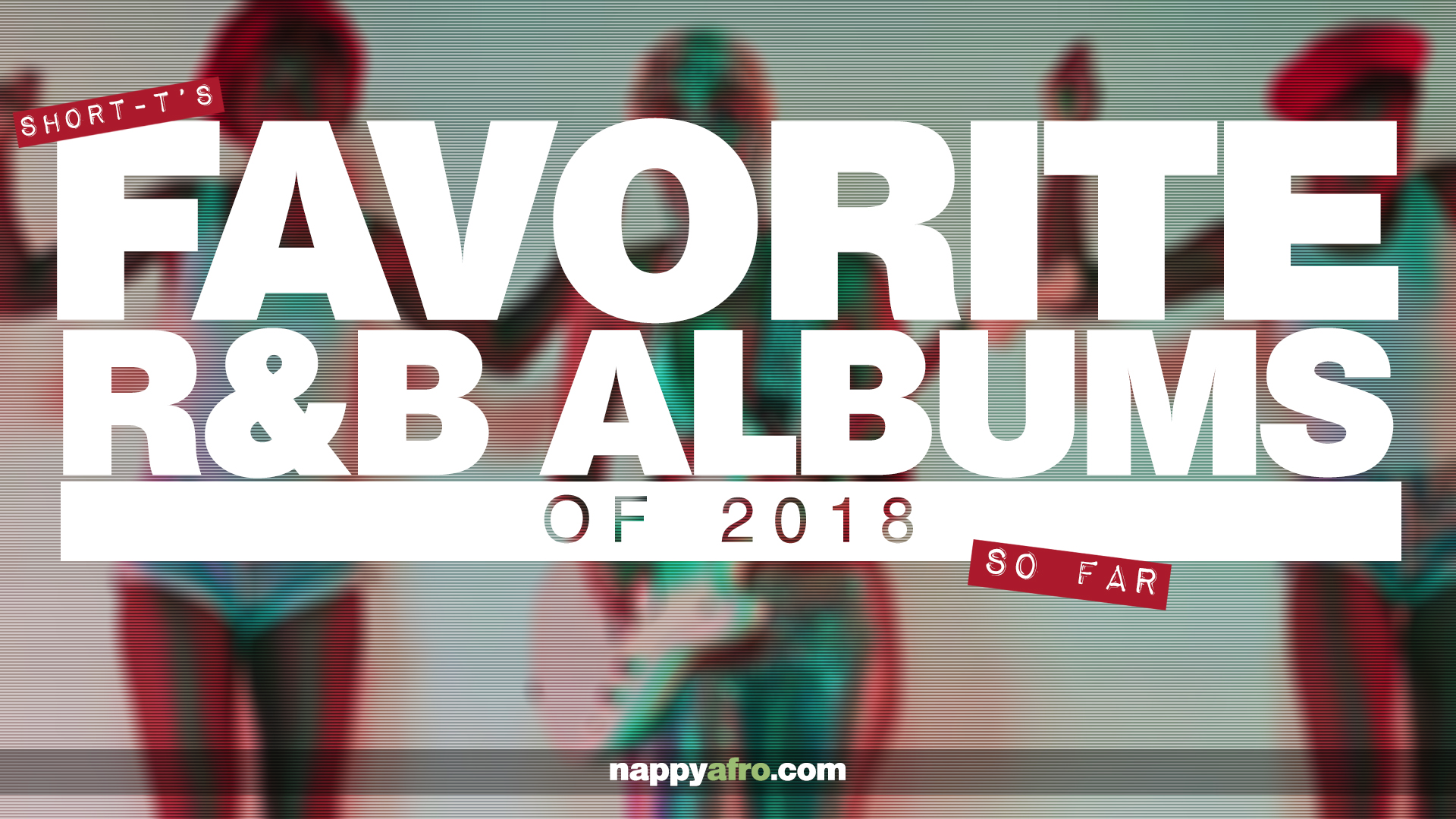 K. Michelle has been talking shit about contemporary R&B a lot lately. The recently un-enhanced songstress has been promising her fans new music via her Twitter by negatively critiquing her contemporaries. 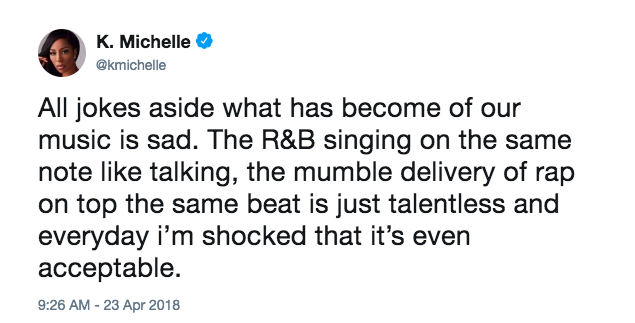 I’m not a fan of back-handed compliments. No one needs to praise a subject by degrading another. I’m SO TIRED of people complaining about music when they aren’t searching for it in 2018. It’s a science behind those music fans stuck in the woods isolated from new innovations. While I was disappointed with Hip-Hop this year until the Drake/Pusha beef had me excited again, the R&B releases have actually been consistently good, based on my multiple returns to certain albums.

It just came out, I haven’t sat with it long enough to fully enjoy the album.

While there is talk about how/why Ty isn’t a bigger artist in the spotlight, he’s been doing alright behind the scenes producing/writing and delivering background vocal performances on many albums released this year. ‘Beach House 3’ was released in October of last year but was updated with 6 new songs this past May. Good project, but it’s way too long.

The acoustic version of the Black guy from Maroon 5’s 2017 album, ‘Gumbo.’ I didn’t feel right putting it on the list.

Too short; I know it’s an EP, but I could’ve gotten a little more substance out of 5 songs from the 19-year-old Chicagoan. I can still bang “Sticky”.

I’m trying to figure out how is it that British artists do Reggae music so well. ‘No Shame’ has features from Lady Chann, Burna Boy, and Giggs providing Island vibes. Pop feminist, Lily Allen delivers heartfelt ballads like “Three” about her daughters rarely seeing their “Mum” because she’s working. “Family Man” and “Apples” detail life before and after her divorce. The album closer, “Cake” ends the journey through Allen’s mind on a high note.

Only 13 tracks, but I felt like some songs could’ve been cut, but “Never Say Die” is my jam.

Love “Hunger”, but I need to listen to the album more.