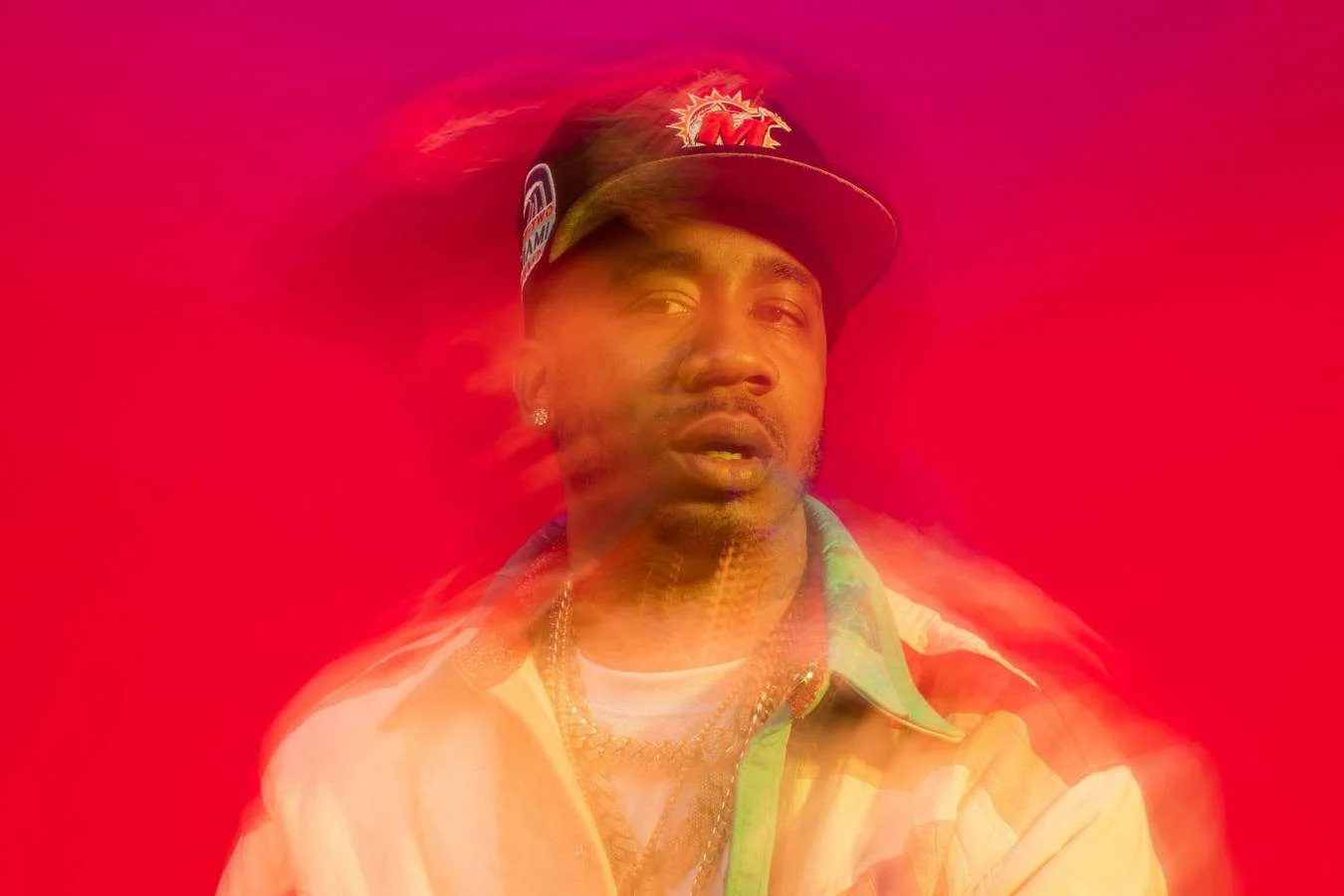 Looks like Griselda season is upon us again. Benny The Butcher has blessed the public with the second installment of The Plugs I Met. With Conway the Machine dropping his God Don’t Make Mistakes album earlier this year, it looks like the members of the Griselda collective plan on keeping the same energy as they did in 2020.

Benny dropped the first of the Plugs series in 2019 and an incredible seven projects last year, including what’s considered one of the best albums of last year, Burden of Proof with Hit-Boy. Like BoP, this project is produced entirely by one man: Harry Fraud. Harry has worked with artists like Curren$y, Smoke DZA, Jim Jones, and French Montana. It’s also worth mentioning that the latter two appear on this project.

The Plugs I Met 2 was released under Benny’s Black Soprano Family (BSF) imprint along with the rest of the projects he did last year. In my opinion, Benny is one of those rappers who has never had a bad verse, so let’s see if this project continues his streak of dominance.

1. When Tony Met Sosa
Produced by Harry Fraud
This title is a nod to the movie Scarface, which is nothing new to the rap scene. I LOVE the saxophone in this sample. I don’t know where it’s from, but it was hard for me to focus on Benny because of how much I enjoy listening to it. No joke, I had to listen to listen to this song four times before I could fully focus on what Benny was saying.

I laugh at this whole shit, how I captured it so quick, yeah
I ran the field with the passion of old Vick
Y’all dumb niggas broke ’cause money and accidents don’t mix Trafficked my flow just like I’m back to my old tricks
Been a young legend, I caught flashes in ’06
Buttons on the driver’s side make the passenger door flip, yeah

Newsflash: Benny the Butcher can rap. I LOVE this song.

2. Overall
Featuring Chinx; Produced by Harry Fraud
Yeah Harry Fraud’s killing this production so far. This beat is grimy, and Benny more than matches that energy.

It’s Benny ridin’ through the city with the mayor with him (With the mayor with me)
Nigga, my whole team titans like I’m Derrick Henry (Uh)
For my niggas, I’ll go to trial, I’ll share a kidney
Kiss my mama, I left for jail, she sent a prayer with me, let’s go

I love the rhyme schemes Benny comes up with on this song. The only complaint I have is that Chinx could’ve put a little more energy into the hook, but he definitely had a good verse. The Bobby line kinda threw me for a loop, though:

She asked the same question like, “‘Why you never smilin’ in your photos?’ The same reason Bobby went solo”

Bobby wasn’t satisfied with the success or attention he got while he was part of New Edition, leading to him leaving the group and ultimately having more success than the rest of the members. You trynna tell us something there, Benny?

3. Plug Talk
Featuring 2 Chainz; Produced by Harry Fraud
This song samples Japanese singer Yoshiko Sai and makes for a laid back listen. I was a little surprised to see the Chainz feature, but if you told me this was a throwaway from Hibachi For Lunch, I’d believe you. I like hearing Benny over trap beats & wish we could hear it more often. I appreciated the callback to Burden of Proof, although I don’t know exactly what track he’s referencing:

In my interviews talkin’ plug talk
On my last album, I explained it (I explained it)
When the fork tellin’ you the work lockin’
Clean the sink out and then drain it, uh

Chainz doesn’t really do anything outside of what he normally does here, but It’s a good addition to the song. It’s also pretty refreshing to hear someone reference a rapper other than Kobe when they bring up the number 24.

4. Live By It
Produced by Harry Fraud
This track is all about guns. The first verse is him sharing his knowledge & experience with them:

You shot up a crowd and thought you was gangster
But hit a kid ’cause killers don’t go to shootin’ ranges
A record deal would get you lit, but a robbery’ll make you super famous

And this rhyme scheme is amazing:

Talk that tough shit, you never see me jackin’ it
This heat clappin’ make street savages peace advocates
I’m on the west coast with a bitch that’s East African
I used to take a nine out of a brick and repackage it

This is probably my personal favorite verse on the album. Not to say the second verse is bad, but it definitely doesn’t live up to the knowledge and rhyme schemes of the first one. About halfway through and no misses on this album yet.

5. Talkin Back
Featuring Fat Joe; Produced by Harry Fraud
I like this flute sample and I like Benny’s verse, however I don’t like the way Fat Joe said the N-word at the beginning of his verse. Nothing really too special here as this is probably the most “meh” song I’ve heard so far, but not a bad track by any means.

6. No Instructions
Produced by Harry Fraud
Another song that I had to listen to a few times before I could really focus in on what Benny was saying. These beats have been really good and Harry deserves a ton of credit. When I got past how great the instrumental was and started to focus in on the main attraction:

Let’s go, dream big, just look what my team did
They tried to box us in, it’s like the game seem rigged
This real facts and I used to trap where the fiends live
How he rap about gats but don’t actually squeeze his
Okay, I see, y’all believe these rappers if you want, my nigga Let ’em convince you to do what they never done, my nigga They just tryna sell records, it’s all a front, my nigga
But principles come first when you one of us, my nigga
For killers with cold cases and no traces
Heard you said you could fuck with gang, now that’s a bold statement
I’m like, how? Your flow basic, hoes low maintenance
You got caught with the whole cake and you got probation
When they freed us up out the cuffs, we bought froze bracelets And got back to my folk on the side of the bowl scrapin’
From the scramblers, dodge cameras like old gangsters
And the gamblers throw the dice across the cold pavement

This and the first song are the two best overall tracks on the album in my opinion.

7. Longevity
Featuring Jim Jones & French Montana; Produced by Harry Fraud & Tommy Tee
Everything about this song makes sense. Having two rappers that have been in the game for almost twenty years on a song called “Longevity” makes sense. I also partially expected a French feature given that him and Harry are frequent collaborators. That said, French is so out of place on this song it’s actually funny to me. Where Benny and Jim Jones sound comfortable, French sounds more amateur and like he just learned how to rap. It’s not a bad verse, but there was no place at all on this track for French.

I think Benny’s discography could benefit from a little more vulnerability, so I’m glad this track is on here. Rick Hyde’s verse was nice, but since Benny came out with a third verse, it was a little like Rick was interrupting what Benny was trying to say.

Free Hottie ’til it’s backwards, free Dark Lo and the rest
My hood goin’ through a crisis, ain’t no real niggas left (Damn) Ain’t no fathers, if you make it out your twenties, then you blessed (Amen) That won’t change your situation when your mama and them stressed

Not to say his verse is bad, but it probably could’ve done better at the end of the song. This is still a top-tier track, though.

9. Thanksgiving
Produced by Harry Fraud
I remember this song from one of Benny’s old Instagram posts from 2019. It also dropped just a week prior to this album coming out. Here he talks about how his work ethic gave hope to other people like him and how he inspired a lot of others. He demands his flowers from said people in the chorus:

I like how he tells the listener that everything he’s talked about in this album is what he does, and that if they have a problem then they can turn it off. Benny’s rhyme schemes and wordplay are amazing on this track, but at this point that’s what the listener has grown to expect from him. This is a great ending to a great project.

Plugs 2 ultimately sees Benny in a more mature headspace than the first installment, which makes for a more refined and polished listen than the first. Obviously the subject matter is the same as the first project, but while Plugs 1 could be looked at as a hungry young street dude proving himself, Plugs 2 could be looked at as the same street dude from before revisiting things from his new perspective.

This is a tough one, because there isn’t really anything actively bad about this album, but obviously it isn’t a classic project. Benny has meshed well with every producer he’s worked with in the past and you can go ahead and throw Harry Fraud onto that list. In my opinion he’s one of the few rappers that doesn’t have a bad verse, another one being Conway The Machine.

Speaking of Griselda, I’m a little disappointed that we didn’t get features from Westside Gunn or Conway. Maybe that’s his way of trying to make a name for himself. Or maybe the Bobby line from “Overall” is deeper than we think??

Whatever. I’m just glad we have more Benny music. I wonder when everyone else is gonna recognize that he really is one of the best rappers out right now. Like I said, the man doesn’t have a single bad verse. Hopefully it’s a matter of time before he gets the recognition he knows he deserves.