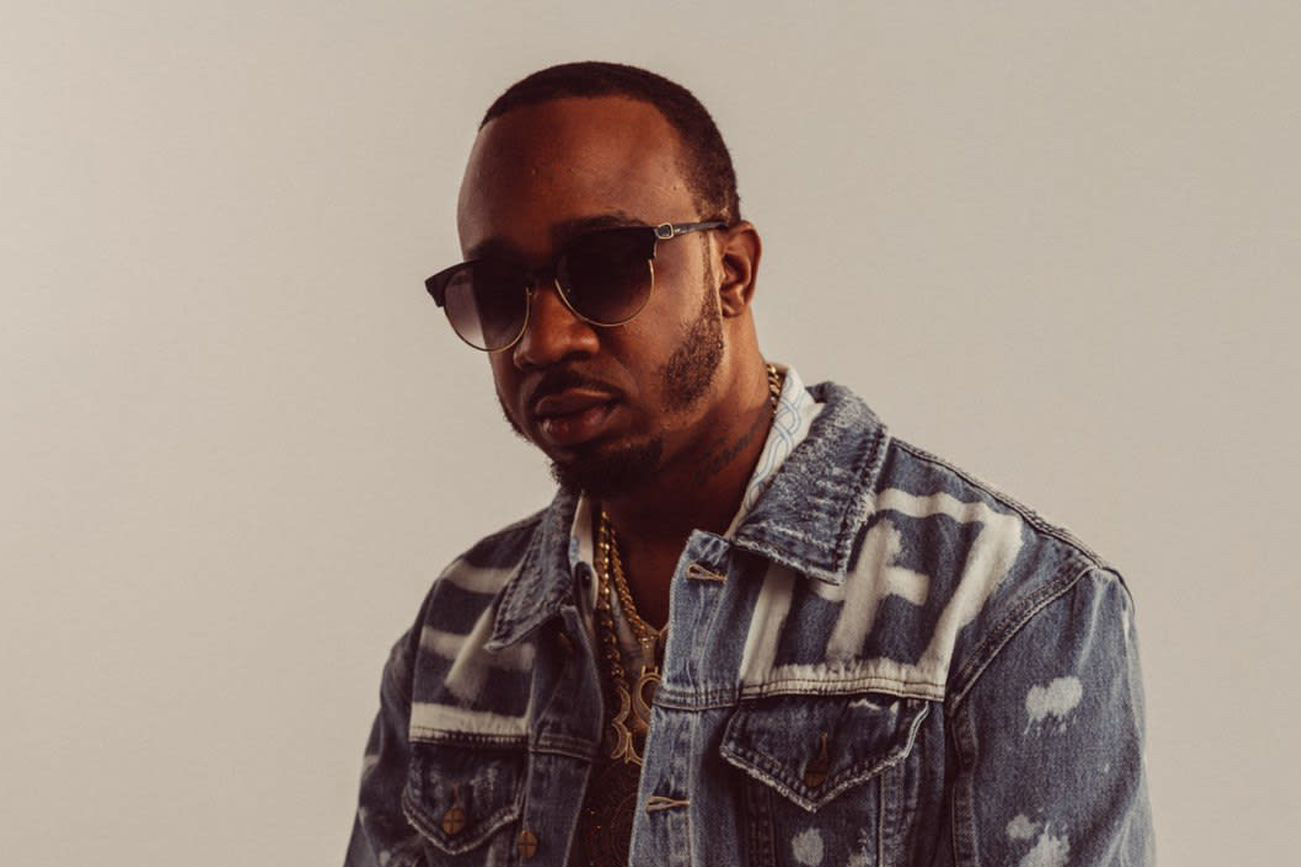 I had to review this album. I missed reviewing the debut album by Conway The Machine, my favorite member of Griselda (Quick review: I liked From King To A GOD a lot). I missed reviewing what might be Westside Gunn’s last album since he is supposed to retire from rap after 2020 (Quick review: Who Made the Sunshine was okay). As much as I listen to music from Griselda, I should have reviewed all the recent albums from the kids from Buffalo, but I only reviewed WWCD in late 2019 and now I’m taking a look at Benny The Butcher‘s new album Burden of Proof.

Before even listening to Burden of Proof, I knew it was gonna be the best selling album out of the Griselda camp (The album already has Griselda’s highest-charting Billboard 200 debut). Benny is the youngest of the crew, he already made noise with projects like The Plugs I Met, has songs with rappers like Russ, and even cosigns (and possible songs) with an even bigger rapper with Drake.

It’s here where I usually ask a question like “Will Burden of Proof be the thing that elevates Benny The Butcher to the next level?” Well, for a surprise that I didn’t know was happening, this album also has Hit-Boy handling all of the production. In a short amount of time this year, Hit-Boy has executive produced albums from Big Sean, Nas, and now Benny while also handling the production on the latter two.

So now I’ll ask the question: Will Burden of Proof be the thing that elevates Benny The Butcher to the next level? Let’s find out.

1. Burden of Proof
Produced by Hit-Boy
Benny comes out swinging with lines like:

Yo, last year was ’bout brandin’, this one about expandin’
Caught a flight to Cali, made twenty ‘fore I landed
This rap shit easy, tell the truth, I can’t stand it
If I ain’t have these Fs, I’d put a brick in transit

Benny sounds hungry and all my thoughts about his possibly style not meshing with Hit-Boy are basically gone. The production feels like… well, something that Jay-Z would have rhymed over on Vol. 3… Life and Times of S. Carter. That might not make any sense, but I feel they were going for that type of vibe, especially when back-from-the-dead Pain In Da Ass shows up on the outro.

2. Where Would I Go
Featuring Rick Ross; Produced by Hit-Boy
What comes first? Do you make a Rick Ross-like beat and then get the feature or do you know Rick Ross is gonna be a feature then you make the beat? Either way, like with most songs featuring the MMG rapper, “Where Would I Go” takes a Rozay luxury vibe.

But that’s not a bad thing. The track turns out well as both rappers do their thing with Ross maybe getting the one up on Benny just with the home-court advantage. With all this taking place over a nice placed sample of Paradise’s “Where Would I Go.“

3. Sly Green
Produced by Hit-Boy
“Sly Green” feels like an album track; it probably won’t be your favorite track off the album but it is definitely not a bad song. This is another track production-wise that feels like some from the late 90’s New York gangster rap. It also gives Benny room to do work:

I’m a Christian Dior shirt rocker, two Glock wearer
Only rapper that would’ve thrived in the 2Pac era
I’m talkin’ ’98 drug money, shoebox era (Shoebox era)
I proved my point once, in every take, the proof got clearer

I had to look up who Sly Green was. He is a Buffalo street legend who is currently doing multiple life sentences. And that’s all the research I’ll do for this album review.

4. One Way Flight
Featuring Freddie Gibbs; Produced by Jansport J & Hit-Boy
Here’s the thing: Freddie Gibbs has never made a bad song when linking up with Griselda. See “$500 Ounces” with Westside Gunn, “Babies & Fools” & “Seen Everything But Jesus” with Conway, and you can add “One Way Flight” with Benny The Butcher to that list.

And while Benny and Freddie handle their end of the track, the beat by Hit-Boy (with help from Jansport J) and its sample flip of Gloria Scott’s “Love Me, Love Me or Leave Me, Leave Me” might be the real winner here.

My only complaint would have been that it felt like Gibbs was only gonna do the hook but changed his mind at the last minute, and it kinda shows. But that only adds to the charm (“I said fuck it, wasn’t gon’ do a verse/Bought some ugly white girl, when I whipped it, it’s Miss Universe”)

5. Famous
Produced by Hit-Boy
It’s already been proven on this album, but “Famous” shows that Benny can make songs. It stays on topic and has a defined structure. After all the accolades, The Butcher still doesn’t feel the fame though:

On the production, Hit-Boy’s samples The Dramatics’ “Love Birds” to pretty good results. It all works.

6. Timeless
Featuring Big Sean & Lil Wayne; Produced by Hit-Boy
I think “Timeless” was the first track officially released off Burden of Proof and if it wasn’t officially it was illegally released because the song had been on the internets for a minute (Without Big Sean’s verse).

This is a good look for Benny but it feels this should have turned out way better and bigger. It’s not a bad track but it is paint-by-numbers. Everything from the beat from the verses comes out average. You won’t skip this after a few listens but you probably won’t seek it out either.

7. New Streets
Produced by Jansport J & Hit-Boy
Okay, this is my last time referencing late 90’s to early 2000’s Hip-Hop, but the production of “New Streets” sounds like retro Kanye West. That’s probably mostly due to the way Hit-Boy sampled “In The Valley Of My World” by Independents. Either way, I welcome stuff like this with open arms. Pair all this with Benny’s reminiscent bars about the street life (“It’s gonna be hard to convince kids/But honestly, losses taught me more than my wins did”) and you get a quick two-minute song that’s a success.

8. Over the Limit
Featuring Dom Kennedy; Produced by Hit-Boy
The synth-heavy “Over the Limit” doesn’t feel like something I would expect Benny to rap over, but he attacks as he would any other track. Maybe they were going for a Tony Montana vibe but the result is nothing extraordinary with Hit-Boy’s homie Dom Kennedy showing up for hook duty.

9. Trade It All
Produced by Corbett & Hit-Boy
Benny once again gets introspective while handing out game on “Trade It All.” As the title would suggest, Benny would trade all the money and fame for things that can’t be purchased like bringing back his deceased brother.

For the niggas in my position, take care of your daughters
No matter what they choose to do, they aware what you taught ’em
My kids took my advice ’cause I’m fair as a father

10. Thank God I Made It
Featuring Queen Naija; Produced by Hit-Boy
Okay. I don’t want to be a liar, but refer to track 7 for my thoughts about the production on “Thank God I Made It.” That being said, just like the track before, Benny shows vulnerability without losing his gangster and even shouts out single mothers:

I was raised by a woman, so shout out to single mothers
Who had to teach their teenage boys to use rubbers
Gettin’ calls home from school, then wonderin’, why she buggin’
‘Cause that’s just more stress to add on top of strugglin’

Also, good use of Queen Naija. It feels like she replaced an uncleared sample of something. I like it.

11. War Paint
Featuring Conway The Machine & Westside Gunn; Produced by Hit-Boy
Here we go. The mandatory Griselda track. And while I expected a lyrical murder on wax, that’s not what we actually get. The men of Griselda (Well, mostly Conway and Benny since Westside is only here for the hook) take in their success and talk about how they got here; from Benny rapping about spending “two thousand nights” in a jail cell to Conway rapping about shaking hands with Beyoncé at the Roc Nation brunch.

Don’t worry, there are still some lyrical bars with guns and drugs, but this is a pleasant surprise. I approve.

I also approve of the surprise return and appearance(s) from The Madd Rapper and The Madd Producer on this song’s outro. Props to whoever idea this was. This shit was john blaze (and funny).

12. Legend
Featuring & Produced by Hit-Boy
“Legend” was the first song off Burden of Proof to have a music video. I want to say this feels like some that Nas would rap over, but I guess that makes sense.

The song has Benny The Butcher staking his claim that because of what he’s been through to get where he is, he is already a legend:

And I don’t want nothing for free, they ain’t know me then, bet they checkin’ now
The best player gettin’ drafted in the seventh round
I learnеd rules from the streets and wrote thеm lessons down
I know a hundred fifty-five thousand weigh like seven pounds
Said I’m gon’ be a legend soon, shit, I’m a legend now

I actually like this song for the beat drops alone. Speaking of production, why is this the only song that is listed as ‘featuring Hit-Boy” even though he doesn’t rap?

“Legend” makes an appropriate and fitting end to Burden of Proof.

On Burden of Proof, it feels like Hit-Boy gave us a more evolved version of Benny. This album showed that Benny can make songs and isn’t just relegated to rapping over dusty samples with no hooks (Not that there’s anything wrong with that; that’s my favorite type of rap).

I also have been hearing “Album of the Year” talks about Burden of Proof since its release. And while I don’t necessarily agree with that, I’m pretty sure it’ll rank high on my “Best of 2020” list. It’s a really good project with barely any misses lyrically from Benny The Butcher and production-wise from Hit-Boy.

And while there are barely any misses on the tracklist, there aren’t any undeniable tracks on Burden of Proof either. It’s more about the body of work here as I wouldn’t expect any of these songs to be breakout hits.

But that’s okay. With help from Hit-Boy, Benny The Butcher has truly leveled up. And more importantly, he did it his way to get to this place. The Butcher is here.