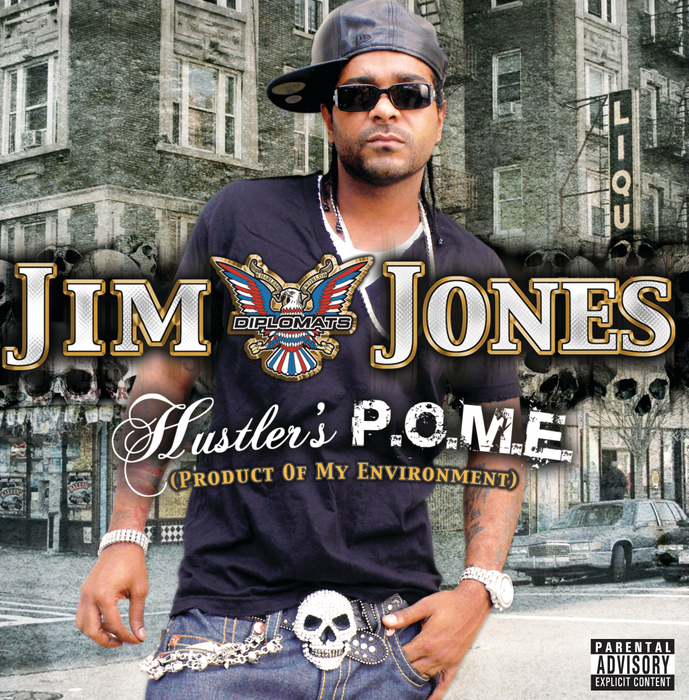 The least known member of Dipset (until now) releases his third album titled Hustler’s P.O.M.E. This is the only guy to get Mr. Carter warm up under the collar. After causing such a riff in the rap game, everyone is dying to hear what he has to say.

I never really checked for Jimmy, but that could all change by the end of this album.

INTRO (feat. Max B)
Sounds like your typical intro on about a million other records. That’s not a bad thing, just a little redundant. Okay, I think I’m ready for the meat now.

SO HARLEM (feat. Max B)
The beat sounds like some down south music. Jim doesn’t mess it up; he simply rides it and raps not to lose the song. Max B on the hook, he kinda sounds like 50.

BRIGHT LIGHT, BIG CITY (feat. Max B)
First thing you notice is this: the beat sounds like “Where I’m From” by Jay-Z. Jones even says, “This sounds like some Roc music.” Ha ha, those Dipset guys. Jones ripping it; it’s just Max B on the hook singing again. I still like it though.

EMOTIONLESS (feat. Juelz Santana)
Slowed up beat on this one, doesn’t matter, Jimmy killed it saying on the song, “A crackers worst nightmare, young, black, rich, with a fresh pair of Nike airs.” Whoa! Santana showed up for this one with a line that made me chuckle. “Jetson car, I’m looking like Elroy!” There they go again. Hot song, check it out.

REPPIN’ TIME
Second single off the album. The Runners off this beat to ole Jimmy. Jim is spittin’ so fire on this one and let’s not forget that this man said that “Gangstas don’t die, they get MONEY, and move to Miami!” Tight song, New York should go bananas off this one.

PIN THE TAIL (feat. Cam’ron, Juelz Santana, & Max B)
Posse cut with the whole Dipset on it, so yes Max B singing again. Is he Nate Dogg or something? I don’t know why but Jones doesn’t seem like the same dude on this track, it seems like he’s taking a step aside while Cam and Juelz puts up routine performances.

WE FLY HIGH
The song is hot, but “the fadeaway” solidified my theory that every hit song nowadays has to have a dance attached to it.

VOICEMAIL SKIT
Okay, this has been done forever in rap, I guess one more time won’t kill you.

LIVE MY LIFE (feat. Max B)
Sounds like 2Pac on this track, Press fast forward.

WEATHERMAN (feat. Lil’ Wayne & Stack Bundles)
The standout track on the album. Mr. Jones, Weezy and Stack Bundles jump on this one together. Jim takes and delivers what may be his best verse off the album. Of course you know Wayne murdered it. Stack Bundles, whoever this guy is, puts up a nice verse considering I’ve never heard of him before.

DON’T PUSH ME AWAY (feat. Rell)
Sounds like an old Dipset beat with the speeded up sample. Got some guy singing on the hook, sounding real smooth. This is the song dedicated to those hustlers that got their girl caught up in the game. I like it, check it out.

POUR WAX (feat. Hell Rell)
Jimmy and Hell Rell jump on this song with a simple beat but it’s awesome. This is some up north crunk music right here. This gotta be a hood banger. Check for this one.

FREEKY ZEEKY SKIT
It’s good to hold your people that’s locked up down, but this one is ridiculous. I think that Zeek is frontin’. Look, I’m really not buying his claim to running the joint, but maybe I’m a hater.

CONCRETE JUNGLE (feat. Max B, Rell, Dr. Ben Chavis, & NOE)
How did Jimmy get Dr. Ben Chavis on his track saying “Dipset forever?” Good song, sounds live. One you end an album on.

Bottom Line:
For some reason, I think NY rap is turning the corner. It’s not about lyrics so much. Jim proves that he’s not that lyrical, but he get’s his point across. Kinda like 2pac. The album died in the end, maybe he put too many songs on the album. But I do think this is the best album to come out of the Dipset camp. Jim Jones stays in the pocket and delivers a strike, not a touchdown, but a nice pass play. 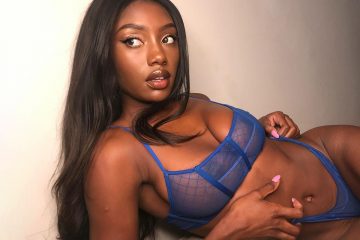