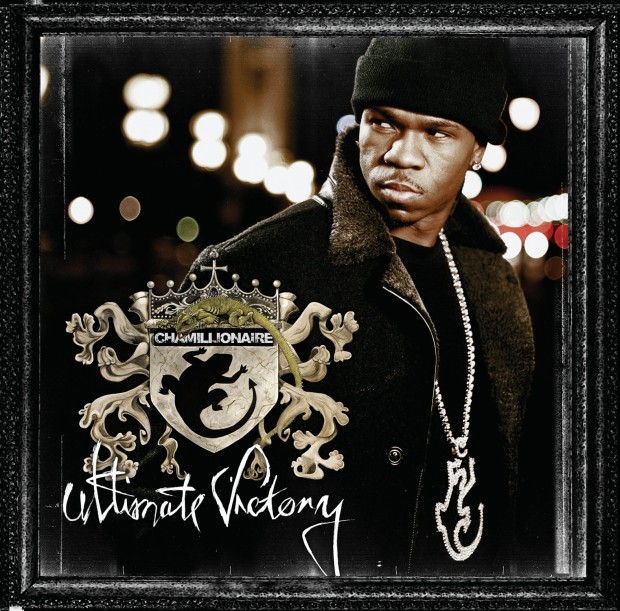 Curiosity killed the cat, and radio and video killed Chamillionaire for me. I was tired of “Ridin Dirty”, so much so, that I never considered dude at all. Then I heard he was gonna drop the use of “the n word” and clean up his rhymes. I was curious, cause really, I’m a grown man, and I get a lil bashful when I am at a light and MC Lil’ Young Dude drops the n word and nine other 4 letter words in one bar while I am at a light with my windows down. Then I saw the video for “Hip Hop Police” and actually listened to a interview of dude. He appears to be a Transformer “more than meets the eye”… diamond chain and grill notwithstanding. As the rookie of the group, I figured that I would check Chamilitarymayne and see if I should give it a woooo….or put it in the figure four.

We start with a new inspired and aptly titled “The Morning News” where our grilled genious goes hard at everything from Clinton to Snap music…thank you mayne. As usual, he sings the hook on this joint and sets the tone for the album. The Next song “Hip Hop Police” featuring Slick Rick is the first single off the album. It got a fair chance in mainstream media considering that without the video, this song seems pretty random. “Standing Ovation” starts off sounding skippable because of singing…then proves that it is with a simple beat and a very forgetable flow that includes Usta not give a flyin eff when they greated us with that one fanga / whole world jumped on the tip and we the switches sat on swangas. Yeah, keep swangin on to the next track. SKIP. The title of the next song, “Won’t Let You Down” made me very hopeful that it was titled correctly and not my wishful thinking acting up. It starts off again with a news feed inspired intro, then the chords come in, one of the better beats on the album follows. It sounds like some kind of thank you or devotion to his new label for the deal crossed with a mantra. Eh, don’t know what to make of the lyrics We are presented with “Industry Groupie” next and it includes a sample of “The Final Countdown” by rock band Europe. You know how you get those polyphonic ringtones on your old Nokia cell phone….THAT kinda sample. However, he does a good job on this one, and yes, the song is named correctly. “Pimp Mode” featuring Bun–B sliiiiides on next and um, considering the “tone” of the album, this is a let down. He becomes the rappers that he talks about the whole CD. Thank GOD for Bun–B doing his usual tight verse about cough syrup and cars, its worth a spin. I was excited to see “Rock Star” featuring Lil’ Wayne as the next track considering how Wayne is one of my favorites AND the fact that it was track number 7 (you will hear about my theory on the infamous track number 7 in one of my columns in the furture). Lets just say that Wayne didn’t get the memo that he had to keep it clean as a good bars worth of flow are muted out because of his wordplay. His flow ends up sounding like that bad connection on a phone call, Ep…Ip….Im….ap. The beat rolls tho. Next is a skit featuring Spanky Hayes and basically, he is just as funny as he is on MTV….riiiiiiiiight. So “The Bill Collecta” featuring Krayzie Bone…I imagine this will sound like a song from the idol auditions…tryna sing. By the time you get tired of it, its over. Again, the beat is ok though. “The Ultimate Vacation” is a bragadocious song of some fantasy island that he is taking the ladies on…..SKIP. Next we have “Come Back to the Streets” where ya boy seems to assert that he is street/commercial/a beast/and viable all at the same time…but he spits lines like this; “When the rulla of stackin mullah is speakin to ya don’t interrupt / middle finger up on the ceiling, somebody gonna eff you up” We don’t believe you, you need more people!! Sorry, couldn’t avoid that. The song ends with Spanky doing further harm to his own career…Cannon, pay the man please, save us from this mess. The next song “I Think I Love You” features some Casio keyboard inspired sounding beat. Better yet, it sounds like one of the old Nintendo video game songs. Anyway, It’s a song for the ladies, and I guess its alright, but by now, I am good and tired of hearing him go half on a cussword and long for him to just FINISH the word ASS instead of saying aaaaaaaa. Song, eh. “The Evening News” is the second single and second video from the album. The song is a conscious attempt and more in tune with what I thought the album was going to be like and about. I do think this is one of, if not the best, track on the album. Pimp C shows up on “Welcome to the South” and blesses us with his flow and closes out the track properly. It’s worth a listen if for nothing else than his flow at the end. “You Must Be Crazy” features Lil’ Ken…who again, probably sounds a lot better than he really is because this is track 15 of Chamillionaire. The Luxurious Lizard does sound better on his last verse after Lil’ Ken spits, so thanks Ken. “We Breakin’ Up” is a song about himself and falling out of love with Hip-Hop that masquerades as a song about a woman. I tried and tried to stay in love, but no matter what I do it just ain’t enough quips our hero on the hook of the song. It’s a creative thought, but somehow he manages to find an even sleepier beat than the previous 5 or so tracks on the album. I just need some caffeine at this point. Another Skit, and I look forward to this right about now, and yes, it’s sans Spanky. Its not a skit though, its more so a little interlude or something, some guy Tony Henry is singing and even THIS gets old by the end of the 1:45 runtime. The next track has me even more excited than the track with Weezy. “Rocky Road” features Devin the Dude and any song with Devin is all right by me… I lied. SKIP. The final track is “The Ultimate Victory” is some sort of inspirational hand holding tribute song and all kinds of other stuff; I don’t know, dude jumps subjects like trains jump tracks on here.

Bottom Line:
Does Chamilitarymayne suffer the sophomore slump? Does he fall victim to the big label and responsibility that big money brings? I honestly can’t answer that because I didn’t listen to his first CD. I can say that I have no desire to go back and listen to the first CD after hearing this one. Its quite long for pattern rapper and sing songy hooktician (new word) like Chamillionaire. 19 tracks of the SAME song with slight variation in the beats but the same tempo is a bit much. The tracks that have cameos tend to put the guest verse at the end of the track forcing you to listen to the unintentional antogonist sing and chop verse his way to pass the baton. I found myself looking forward to the next guest rapper or song at the beginning of every song. It may have been carried by the beats had this been seperated into 2 cds and released at later times, but together as one release, its like Hip-Hop’s version of The Neverending Story…and I say that in the credits, the album is The Nothing.