Chingy – Hate It Or Love [Review] 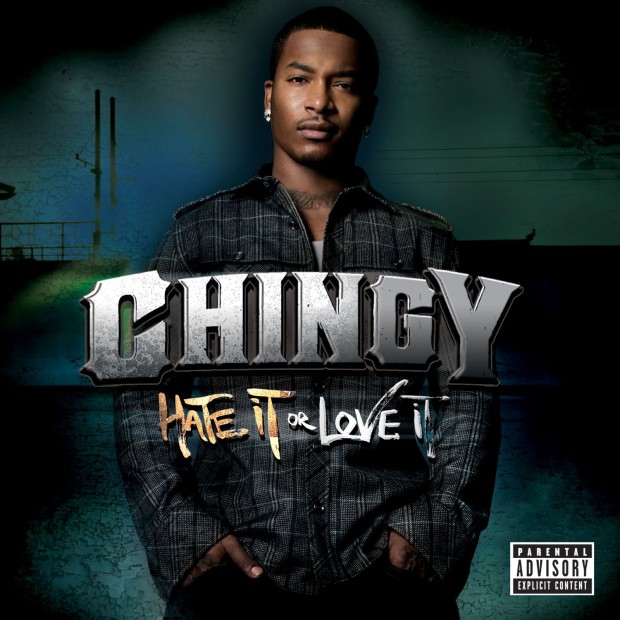 Chingy’s back! Did you miss him? Naw, me neither. But seriously, I’ve never really been a Chingy fan. I didn’t like “Right Thurr” or “One Call Away” off of his 2003 debut Jackpot (Shot out to grown up Rudy!). I didn’t really care for anything he did after he left Ludacris’ Disturbing Tha Peace crew in 2004 either. So here we are in 2007 and Chingy returns with his fourth album Hate It Or Love It. Yea, he’s sign with Def jam, gotten back with DTP, and has been hitting the weight room too. Besides having a wack neck tattoo, Chingy does catch on a lot of hate from people. Personally, I put him in that category with Nick Cannon, Ja Rule, or Nelly. No, not in terms of success. I put him with those people because no matter what success they’ve had musically in the past, no matter what they try to do now, most of the Hip-Hop world looks at them as lames.

But, I’ll try put that all to the side and give Chingy’s new joint a fair shake.

1. Intro
Produced by L.T. Moe
The intro has Chingy just basically just talking (not rapping) about how the world hates on him and says he has fell off. He sounds frustrated.

2. Hate It Or Love It
Produced by The Co-Stars
The first ting you will notice here is that Chingy now raps with a deeper voice. The beat has a chopped and screwed hook and kinda sounds like something that would be on an intro to a Ludacris album. Chingy raps are average I guess. He also talks real gangster now too.

3. Check My Swag
Produced by Michael Davis
I’m getting so tired of rappers talking about their swag. Besides that, the beat is not that bad. Chingy tries to rap likes Snoop or some shit and talks about moving to Atlanta, rocking Louis Vuitton, and driving a Phantom. The usual stuff most mediocre rappers rap about these days.

4. Fly Like Me
Featuring Amerie; Produced by L.T. Moe
This is the first single off the album. I mean, the track is not the worst ever, just cookie cutter. You know the formula: add R&B singer for chorus + rap about finding the baddest chick in the world + R&B beat = most rappers’ radio single. I heard it all before.

5. Kick Drum
Produced by Jared Gosselin
Chingy rhymes over a simple beat here (thus the name “Kick Drum”). It’s a pretty basic track. If you can get by the rhymes and the tired subject matter, it’s actually not a bad song; nothing to write home about either.

6. Gimme Dat
Featuring Ludacris & Bobby Valentino; Produced by Full Scale
This probably should have been the first single off the album (It’s supposed to be the second). Chingy calls in for help from his DTP crew here and Ludacris basically steals the song. The Bobby Valentino hook is okay and Chingy sounds better beside Luda. This is the first song off the album I like.

8. Trickin’ Off (Skit)
Produced by L.T. Moe
This is a skit that has Chingy arguing with a girl he’s about to trick off on at the mall. He tells her to hurry up, she tells him whatever. If I was Chingy, I wouldn’t ever have put that shit on my album.

9. Spend Some $
Featuring Trey Songz; Produced by Bei Maejor
I guess this is the tricking song of the album. It’s hard for me to get behind any song about spending insane amounts on various girls. Oh yea, the songs not that good either. SKIP.

10. 2 Kool 2 Dance
Produced by L.T. Moe
Another club song this time about how Chingy is “2 Kool 2 Dance”. The beat is somewhat generic and I’m really starting to rethink why I volunteered for this review.

11. Lovely Ladies
Produced by Khao
I give points to Chingy here because I thought he was gonna talk about some more chicken heads. Naw, it’s about all the ladies in his life like his Mother, Grandmother, sister, and daughter. The beat is not bad since it’s by the Khao (who also produced things like T.I.’s “Why You Wanna” & The Clipse/Pharrell’s “Cheers”). This is an alright song with a good message behind it.

12. How We Feel
Featuring Anthony Hamilton; Produced by L.T. Moe
This song has a great soundbite in the beginning of Ice Cube from the movie Boyz N Da Hood: “Either they don’t know, don’t show, or don’t care about what’s going on in the hood”. The song itself is not bad; it samples Jon B’s “They Don’t Know”. It talks about the ills of ghetto life and how the world really doesn’t care. I guess I’ll give it a pass.

13. Roll On ‘Em
Featuring Rick Ross; Produced by Cool & Dre
I’ve always kinda like Cool & Dre and once again they provide good quality production here. Rhyming, mediocre or not, will always sound better over a good track. Ricky Ross comes threw and basically sleep walks through his verse. The song is about rolling in you rimmed up, candy painted car. I don’t hate the song as a whole but I would play it in my car either.

14. Blockstar
Produced by The Ghost Writers
This one is a little harder than the last one. It talks about how Chingy was told he was never gonna amount to nothing and how he runs St. Louis. I don’t know if this is the best way to end this album since it really doesn’t stand out from the rest of the tracks. I’m just happy I’m done.

Bottom Line:
To keep it really real, this album didn’t make me a fan of Chingy. Matter a fact, it cemented my stance that he just doesn’t make the kind of music I like. It’s your standard fair full of references of women, gangsta talk, and materialism. If you like Chingy, you’ll like this album. If not, you might need to find something else.