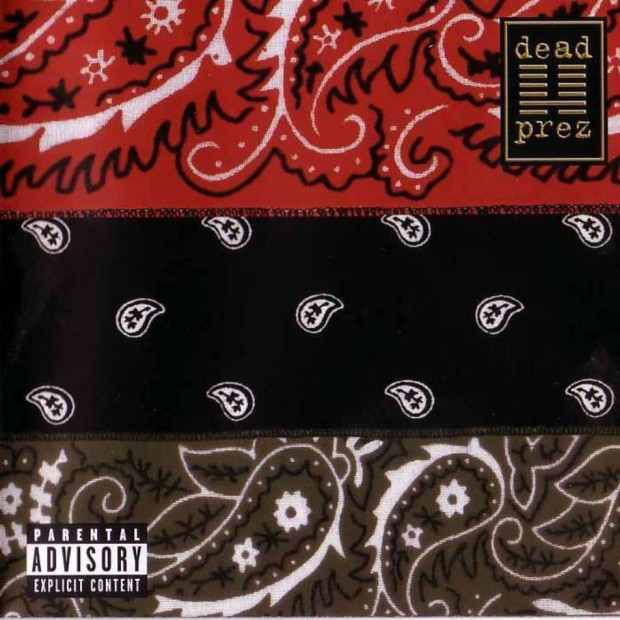 After Outkast, dead prez is my favorite Hip-Hop group of all time. This is mostly based on their 2003/2004 sophomore release Revolutionary But Gangsta (or RBG). Now today, I’m not going talking about the retail release by Sony, I’m talking the leaked version I got months earlier before. You see, Sony dropped dead prez after the completion of RBG, and it was thought to be too intense to be released (On “Hell Yeah”; One weapon to the four of us, hidin’ in the corridor/Til’ we see the Dominoes car headlights/White boy in the wrong place at the right time/soon as the car door open up he mine). Rumor has it that dead prez leaked the album so it’ll get to the fans. Time goes by and Jay-Z digs the album and jumps on a remix of “Hell Yeah”, Sony sees dollar signs and releases Revolutionary But Gangsta on March 30, 2004 (But a little edited if you know what I mean).

This wasn’t my first listening of dead prez; I checked out their first album Let’s Get Free (2000). I loved the cover and the message (“It’s bigger than Hip-Hop”), but not all the music was great and could be sometimes taken as preachy. But on RBG, they refined their music and got more aggressive. They dissed the mundane radio market on “Radio Freq”, called out for others to not fall for anything on “Walk Like A Warrior”, and even made getting in shape cool on “50 In The Clip”. You could even say that they made being conscious less punky and more…gangster. I know a lot of you probably haven’t given this one a listen, but believe me, Revolutionary But Gangsta is Classic Material.