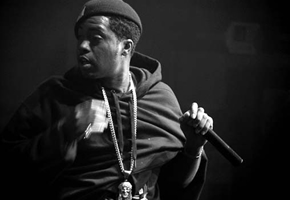 If you heard any of my statements about the new Nas album, you know that I’m really excited about it. Whether it’s called Nigger or Untitled doesn’t matter to me; I just know that what I’ve heard so far is good. Well, a couple of Nas tracks “leaked” today to my much delight and it’s more of the same. The first track is the stic.man produced “Sly Fox” and as the saying goes, Nas goes in (On the Fox News Network too no doubt). The second track is “Fried Chicken” featuring Busta Rhymes and produced by Mark Ronson (This track was originally released a few weeks ago but it was the radio rip). I love shit like this! This the God’s Son version of Nas; meaningful music. People may hate me saying this, but even though Wayne may have sold a million, I think Nas will have the better album. Enjoy.