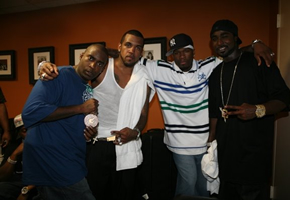 Okay, I’ll admit it. I had something else planned for today’s Song of the Week, but since Young Buck has been recently booted from G-Unit, I changed it up a little bit. It’s funny though. G-Unit actually looked like they were getting stronger again (the May XXL cover, the recent quality of their mixtapes, the new upcoming album). And that’s brings me back to today’s Song of the Week: G-Unit – “I Fucked Your Bitch!” off the Elephant In The Sand mixtape. I know, the actually mixtape was released on March 11th, but I still frequently play this track. Of course it takes The-Dream’s “I Luv Your Girl” and flips it. I guess it reminds me of old G-Unit mixtapes like 2001’s 50 Cent Is the Future (Well they similarly flip Raphael Saadiq’s “Be Here” to good results). But let’s be real, you already know what this song is about without me saying it. While the mixtape was full of Fat Joe disses, I really don’t take this as one. Young Buck and Bank deliver serviceable verses while 50 Cent, as well as Tony Yayo do the Auto-Tune thing, so it all in fun. 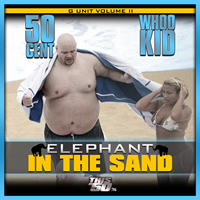