My inbox was full of requests for 5 Questions, so you know I like giving the people what they want! (NH) So this time we’re talking about the absence of the female MC, Nigger, Buck’s future, LAX, and last but not least Jayonce! I know B-Easy’s still upset about the wedding. NO, not because Beyonce’s off the block but his mancrush Jay is no longer single! (NH)

Question #1: How good is LAX going to be? 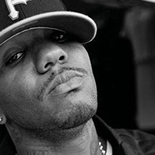 After hearing the Game’s new single “Big Dreams” I wasn’t really impressed with it. But after hearing it a second time, I was hooked! The track provided by Cool & Dre, is a killer. But I don’t want to ruin it for you download the song right here! Download: The Game – “Big Dreams”

Question #2: Are you glad the whole Jay/Bey thing is over? 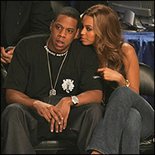 Okay, let’s get this out the way…Jay-Z and Beyonce are married. Well at least is what they want us to think. Well, this is our ONE & ONLY time mentioning the “Billion Dollar Couple”. But it’s been years of courtship, and they have finally tied that knot. Well congrats to the new couple. Welcome to the Husband Club Jigga!

Question #3: Can Young Buck make it without G-Unit? 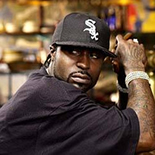 Getting kicked out of the Unit isn’t a bad thing, is it? Look what happened with Game. As long as Buck doesn’t let it get ugly, he should be alright. As long as he doesn’t “jump out that window” he should weather the storm. Sha Money stated that Buck had 10 million, and 50 had to pay 500K in back taxes for Buck, so where is the 10 million? Maybe Buck does have a beef. Just don’t air it out, because Curtis will end your career! Ask Cam!

Question #4: Will Nigger ever come out? 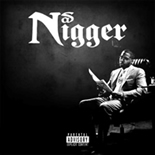 I was excited to see Nas pull off one of the biggest stunts of all time, release an album titled Nigger. I was anxious to see how it was going to go down. I see it has been pushed back twice already! Maybe with enough pressure Nas will cave in and shelve the idea of having an album called Nigger. But I hope Nas can do it, just for the simple fact that he is getting NO help from the label with the promotion of Nigger. Well Nas, here goes some free promotion.

Question #5: Where are all the female MC’s?

All the female MC’s are doing other things besides rapping. You got some jailbirds; one-hit wonders, science projects, and the rest are either washed up, or on their way to the Laundromat. The female market is wide open now and ready for the taking. Who can step up and take the crown? Lil’ Mama is too young, Remy was on the way and ran into legal trouble, Foxy loss her hearing, and then got locked up. Kim, well you know what she’s doing! We need some real female MC’s to restore the feeling. We already went through a generation of misogyny; let’s not go through that again. We can’t leave it up to Khia to be that person, can we? (Note: Here the Top 10 Female MC’s Of All Time)