Are Rappers The New Superheroes? 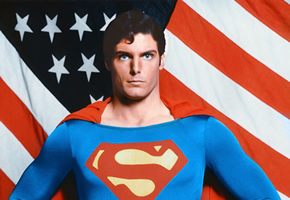 I’m a big kid. You know it, I know it. I paid to see all the Spider-Man movies and all three X-Men movies. I own the entire collection of Star Wars movies on DVD. The “Special Collector’s Edition” of course. So when I started seeing the trailers for the new Batman, Iron Man, and Incredible Hulk movies I was happier than pig in slop.

The closer we get to the release date the more excited I get so I decided to call my ten year old nephew and pass my excitement on. It didn’t work. It turns out that the youngest of us doesn’t really care too much about Superman or Batman or any super heroes for that matter or at least not as much as us old folks. This is how our conversation went.

D.: Hey Zeke. You having a good summer?
Zeke: It’s boring but it’s better than school.
D.:Yeah I know the feeling. So are you excited about seeing the new Batman movie?
Zeke: Nope, not really.
D.: Ahhh c’mon man we’re talking about Batman! Ok what about  Superman?
Zeke: Uh huh
D.: You know you can shoot him and he doesn’t die.
Zeke: Neither does 50 Cent.

Damn. He’s got me on that one.

D.: Yeah Zeke but Sperman can fly!
Zeke: Does he have a G5 like Jay-Z?
D.: Go read a book or something and put your dad back on the phone!

That’s when I realized that Hip-Hop stars have become the new Super Heroes to a lot of kids. Sad but true. So I decided to do a little comparing to see which hero and Hip-Hop star correspond to each other.

Superman/Jay-Z: The most recognizable hero and easily more powerful than all the others. He also married to a really hot chick that is quite ambitious and aspires to be the best reporter there has ever been or as like to put it “the hottest chick in the game”. Figure it out yet? Easy I know. Jay-Z is one of the few rappers that has gained the same level of respect that Tupac and Biggie didn’t receive until after their death. He also lives his daily life as the mild mannered Shawn Carter before flying to the rescue of the artist at the Daily Planet….er Def Jam or Roc Nation if that ever actually happens. The best rappers in the world aspire to be him and of course Beyonce is our new Lois Lane. I would say that Jim Jones is Lex Luthor but that’s giving that little piss ant too much credit.

Batman/Diddy: Billionaire industrialist, playboy, and philanthropist. Unlike many other superheroes, he does not possess superhuman powers or abilities; he makes use of intellect, technology, and physical prowess in his war on crime. He’s one of my least favorite superheros for that very fact. Sean Combs is his name and Puff Daddy, Diddy, Papa Diddy Pop or whatever name he’s going by today is his alter ego and like Batman he isn’t really talented. He made his fortune from stealing other people’s music and now he’s more of a personality and known for his clothing line than his rap songs. Batman has the best superhero costume and Puffy is usually the flyest person in the room.

The Incredible Hulk/50 Cent: He has little self-control and his actions have often either inadvertently or deliberately caused great destruction. As a result, he has been hunted by the military and other superheroes. Bruce Banner meet Curtis Jackson. Other than their remarkable physical similarities they both wreak havoc even when they are trying to do good. We all rooted Curtis on or as his known, 50 Cent, as he destroyed Ja Rule but like the Hulk he lets his rage get the best of him and subsequently starts beef with any and everyone in the Hip-Hop community. And yes Zeke like Superman and the Hulk bullets are useless against Fiddy.

Spider-Man/Eminem: Spider-Man’s early stories broke ground by attempting to relate to readers with a teenaged character who is not a sidekick but a hero himself, and who balances his personal struggles with his heroic exploits. Interscope Records along with Dr. Dre decided to make a white guy a Hip-Hop hero instead of a sidekick as well. Peter Parker has been updated to Marshall Mathers. The Amazing Eminem has made a career spewing intricate web like rhymes about his own personal struggles with his family including his mother and wife whom he’s married and divorced twice. Spider-Man tries to do the right thing, but many authority figures view him with suspicion. Thanks to a continuous smear campaign by the publisher of The Daily Bugle, many people consider Spider-Man little more than a costumed menace. The Source magazine did the exact same thing to Em but like the Daily Bugle was unsuccessful.

That was fun, weird but fun. Well it was either cool or I have my head where it can’t get any sun. I had a few more but I’ll stop there and maybe I’ll do a part two if you guys like it. With that being said I love Hip-Hop but I’d still rather have my heroes be fictional. So feel free to add any hero to Hip-Hop comparisons you have.