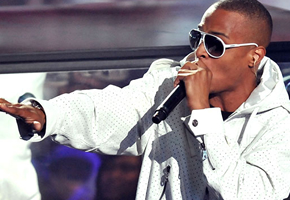 You can say a lot of things about T.I., but one thing you can’t say it that he hasn’t shown growth. Love it or hate it, this isn’t the same guy who dropped I’m Serious and wore bifocals. Shit, this isn’t even the same guy who beefed with Lil’ Flip. Yeah, sometimes T.I.P. does peak out (Two words: machine guns), but you almost have to applaud a person who went from having a debut album flop to performing at this year’s MTV Video Music Awards with Rihanna. And since I haven’t done an iPod Hustle in a minute, why not go in my iPod and look at a track from each of T.I.’s 6 albums (Including the recently leaked Paper Trail). Let’s respect this hustle… 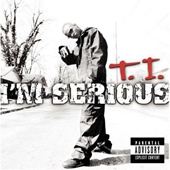 Even though it took a while for this album to catch on nationally (Some say it never did…), in the South it was a hood classic. With a songs like “Still Ain’t Forgave Myself”, “What’s Yo Name”, & “I’m Serious”; it was definitely a staple in the hoods of Atlanta. I picked “Dope Boyz” because it was probably the biggest hood banger off the album. Let’s not forget the remix with Foxy Brown either. 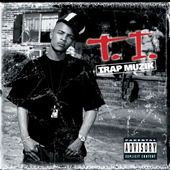 By this time, T.I. had formed Grand Hustle and had a big presence in the form of southern mixtapes. Trap Muzik sold 193,000 in its first week and gave T.I.P. his first plaque (It also popularized the word “Trap”). It was also on the album where he hooked up with an up and comer name Kanye West. I always thought “Doin’ My Job showed a conscious side of T.I and is probably the best song of the album (Next to “Be Easy” for obvious reason). 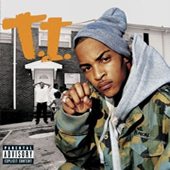 Even though Trap Muzik had more impact than I’m Serious, this is probably the album that was his coming out party (That sounded funny huh?). Urban Legend definitely had a more of a pop feel than T.I.’s previous works. You can really hear this on the catchy “Freak Though”. With him being called the “Jay-Z off the South” on the cover of Vibe magazine, it was only a matter off time now. 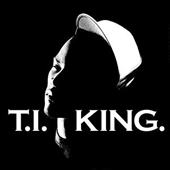 Now, T.I. had finally reached the point where he wasn’t the only one saying he was the “King of the South” (Which he’d been saying since 2001’s I’m Serious). King went Gold in the first week (522,000 copies) & was nominated Best Rap Album at the 2007 Grammy Awards. King also contained “I’m Talkin’ To You”, a diss song that was aimed at …we still don’t know. Some say Rick Ross (Who really hadn’t hit it big yet), but I don’t know about that. It took subliminal diss records to a new high. 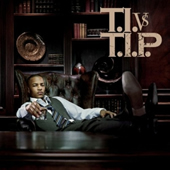 Some say T.I. vs. T.I.P. was probably T.I.’s worst album due to his now Hollywood status (He did star in ATL the year before and gained a few endorsements). Even though T.I. vs. T.I.P. is probably my least favorite of T.I.’s, I think the main problem was that a lot of people wasn’t ready for a conceptual album; T.I.’s fight within himself. Even though it wasn’t the best executed concept album, I give T.I. props for the try. What’s funny is that he finally emulates one of his favorite NWA’s tracks with his own here with “Da Dopeman” (Which he gave a shout out to on Trap Muzik’s “24’s”). 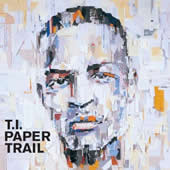 With Paper Trail leaking this week, we finally get to see what T.I. was working on during his house arrest. After an indictment and a year long jail sentence in the future, this may possibly be T.I.’s most important album. It’s packed with A-list features as well as A-list producers (I not gonna go into it to hard because I wanna leave something for H20 on the official review). The intro “54 Bars” is funny though; King Jerm pointed something out; Was it a good idea for Shawty LO to squash the beef with T.I. right before Paper Trail‘s release? He looks kinda dumb now with “54 Bars” dissing the shit out of him huh?