Three Reasons Not to Beef With Soulja Boy 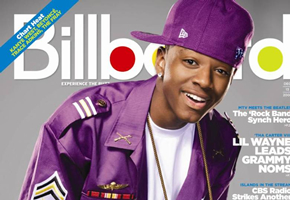 Let me put it out there real quick…I AM NOT A SOULJA BOY STAN, I really enjoy his comedy and respect his hustle. Now that’s out of the way, let me let you know Three Reasons Not to Beef with the youngin. Soulja Boy has been in the center of all this Hip-Hop is dead stuff, with him being the Grim Reaper of Hip-Hop. I don’t think the dude is the problem. I think that people like YOU have the problem. Soulja Boy is just giving you HIS interpretation of Hip-Hop. Why is that a problem? Haven’t we been listening to rap tunes like his for ages? I didn’t come to defend him, I came to tell you why it wouldn’t be smart to beef with him.

Reason #1: The Guy Has Comedy
I know you may hate his songs, dances, and even his shoes, but can you honestly say that he doesn’t make you laugh when he puts up his YouTube videos. It’s hard to beat someone that is young, arrogant, and ignorant. When I say ignorant, not dumb ignorant, but funny ignorant. Did I leave out the fact that he’s rich too.

Reason #2 The Guy Has Millions of Fans
Think about it, he has the most played video EVER with over 300 million views. He lives on YouTube and MySpace, so his customers are constantly updated with his news. So even if 10% of the people that watched his video are fans, that gives him 30 million fans. When you have those kind of numbers, it’s hard for you to be wrong. Plus it doesn’t help that some of Hip-Hop’s elite has gone to bat for him when he’s been under attack.

Reason #3 The Guy is a Career Killer
Can you name a rapper in 2008 that is undefeated in rap battles? I can: Souljaboytellem! First it was Ice-T, we saw what happened to that. Then the GZA dissed him, what did he do? He went and asked his boss who the GZA was. Now Charles Hamilton has stepped in the arena. Let’s just look at it this way. Chuck, you were named by XXL as one of the stars of 2009, keep messing with SB and you will be an afterthought.