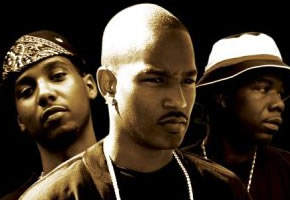 With the recent re-apperance of Cam’ron, I thought it was good as time as any to showcase one of the most unintentionally funniest hood films ever: Killa Season. Like most straight to DVD rapper flicks, Killa Season is full of bad acting, low quality camera work, and a tired overdone plot…

Flea was a basketball player, happy with his subtle hustle, until a Dominican connect introduced him to a new way to spread the work and make all the cake. Flea assembles his friends and decides to play it big by taking over a store and hustling’ on the corner selling drugs to whoever got money. But with more money and power also comes drama and chaos ensues when some local criminals try to bring him down.

But then again, you don’t watch films like this hoping to get Citizen Kane. I think a lotta people were expecting a movie more like the last movie Cam’ron was in Paid In Full (Which wasn’t bad at all with Cam doing a great job as Alpo). But like I said before, I find Killa Season hilarious! From Cam pissing on a dude during a dice game (Where he constantly says “No homo”) to the total jacking of the Belly sex scene that features Taral Hicks & DMX (Why?) to the jab at Mase in the beginning, there’s tons of enjoyment.

I also guess this is also a chance for you Diplomats fans to sit, watch, and cry about how it used to be. Hell Rell, Juelz, and others DipSet member’s make bad acting appearances (Actually, Jim Jones doesn’t act in the film so maybe the fallout was already happening). So if you never seen this movie (I staring at you King Jerm), grab you popcorn and get ready to laugh.