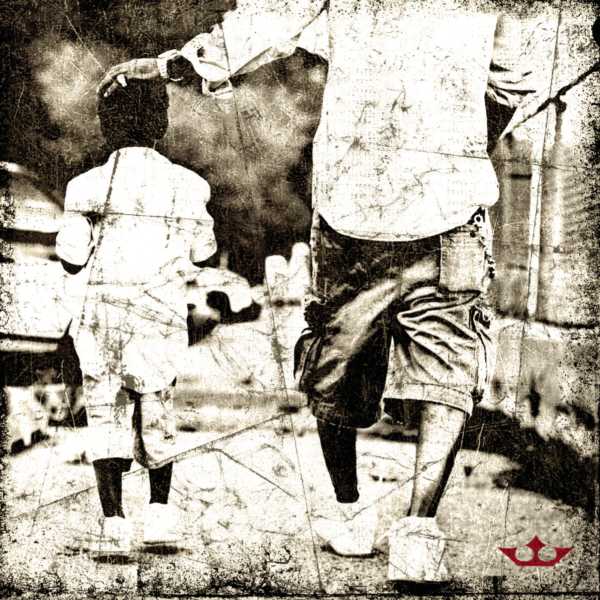 Harlem’s own Jim Jones returns with his fourth studio album titled Pray IV Reign. This is coming off the heels of Jim’s musical experience The Hip-Hop Monologues a stage play that was co-written by Jim using some of his music as the platform. But before Jimmy was an off Broadway star, he was and still is the DipSet Capo. Jim is still keeping the flame for NY alive, but after this release, his first with Columbia Records, will that flame sizzle or become an inferno? Let’s go in and see.

Intro
Featuring Starr; Produced by No I.D & Chink Santana
Jim starts the album out with a beat that would have been featured in a 70’s flick. Jim gives you his slick flow over the smooth production. If this is a taste of what’s to come, Jimmy got some heat in store.

Pulling Me Back
Featuring Chink Santana; Produced by TrackSlayerz & Chink Santana
Jim goes into storytelling mode on this one over some theatrical production. Jim is not going to wow you with lyrics, but he gets his point across when he raps.

Let It Out
Produced by Supa Dave West
This production is not your typical Jim Jones beat, but that doesn’t stop him from delivering a good song. Jim speeds it up a notch and shows SOME versatility on the track.

How To Be A Boss
Featuring Ludacris & NOE; Produced by Ron Browz
Jim got Jay-Z to do the hook on this song? No, he didn’t but NOE sounds a little like Jay. Jim and Luda make a good collabo on this song. Luda of course did his thing, but don’t sleep on Jim he did his thing on the song too!

Medicine
Featuring NOE & Chink Santana; Produced by Chink Santana
For some reason the song sounds like “Originator 99” but maybe that is just me. Jim speeds up the flow on the track. I respect the flow, but I’m not really digging the subject matter.

Frenemies
Produced by Chink Santana
This song gives us some background information on the relationship between him, Cam, and Max B. Call me crazy, but this song sounds like “A Week Ago”. But maybe this is just me. The song is tight though.

Precious
Featuring & Produced by Ryan Leslie
R. Les lends a hand on this one that is aimed at the ladies. I wouldn’t be surprised to see some of the “goons” singing this to their boo’s. The track is real smooth and is on the infectious side. BANGER!

Blow The Bank
Featuring Starr & Oshy; Produced by Magnedo7
This is another song for the ladies…damn what’s that three? I don’t like the beat on this one, but the hook is nice. Nothing major here, this is what is called filler.

This Is For My Bitches
Featuring Oshy; Produced by Young Yonny & Lemael Ervin
Jim is pushing the envelope with this one. The song is something you would expect from Soulja Boy, not from Jim Jones. I’m sure this song is going to ruffle some feathers, but this is Jim Jones we are talking about.

Girlfriend
Featuring Juelz Santana & Oshy; Produced by Chink Santana
This album took a turn to the ladies; maybe Jim is taking his “sex symbol” swag to another level. The song would have been better had they had R. Kelly doing the hook. The song is OKAY but it’s barely tolerable.

This Is The Life
Featuring Starr; Produced by Triple-A
This one sounds like a mixture of “I Know” and “Hero”. Jim is back on his grind again on this one, going back to what works for him best. When Jim is given production like this, he usually does well.

My My My
Featuring Rowana; Produced by Teraike “Chris Styles” Crawford & Ayinde “Cylia” Thomas
The production on this one doesn’t really mesh well with Jim’s style. It actually bores the listener. Jim isn’t that strong of a lyricist to have a beat like this.

Pop Off
Featuring NOE & Mel Matrix; Produced by Young Seph
This sounds like a song that you would hear G-Unit on, but Jim and the crew give you that same vibe on this track. Maybe hanging with 50 rubbed off on Jim just a little bit. Jim didn’t deliver one of his best rhymes on this one, but Jay, I mean NOE did alright on the song.

Pop Champagne
Featuring Juelz Santana & Ron Browz; Produced by Ron Browz
This was the first single off the album that shot to #1 on the urban charts. Who knew in a recession that people would love a song like this? You can’t front on this song; if the beat doesn’t make you nod your head…you are dead already!

Rain
Featuring Rell, NOE, & Starr; Produced by Ron Browz
I have to say that I am impressed with the production by Ron Browz on this album. This is the kind of production that accents Jim’s rhyming ability. Jim is talking to his son on this one, and you have to respect that. Jay…I mean NOE shows up again along with former Roc-A-fella crooner Rell.

Na Na Nana Na Na
Featuring Bree-Beauty; Produced by ILLFONICS
I can see this becoming a hood saying, but the hook is on the dumb side. I wouldn’t end my album like this, but the Capo does what he wants to do. I think that this song would have been better had Cam been on the song.

Bottom Line:
This album started off good but then it had some dull moments on it in the middle and tapered a little towards the end. But still, Jim should be pleased with his effort on this album. This is not the album that will elevate Jim Jones to the King of NY status, but it still can be considered a win for the DipSet Capo, because he’s still releasing HIS type of music.  I’m sure Jim is glad that this album didn’t get released with Jay-Z’s Blueprint 3 and 50 Cent’s Before I Self Destruct because this would have gotten lost between those projects. Maybe if the Dips would have been at full force on this project, the album would have been better.

Download: Jim Jones feat. Ludacris & NOE – “How To Be A Boss”