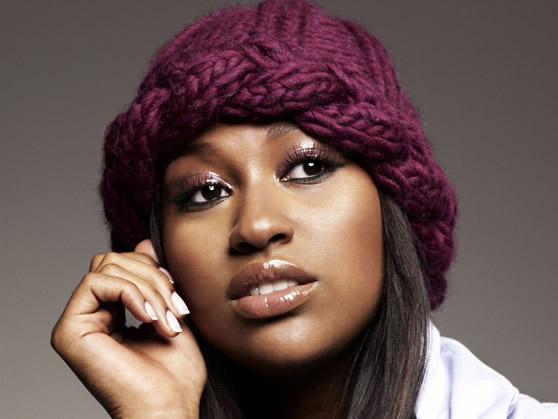 Straight out of Illadelphia comes the very talented Jazmine Sullivan. If you don’t know this name by now, get accustomed. We don’t even do R&B but we even featured her debut album Fearless (Which was nominated for 5 Grammy’s. She got “India Arie’d” though). One thing I am excited about is Jazmine’s Hip-Hop possibilities. We could always use a talented voice on the hook. Let’s take a look at he current features as well as my favorite track off Fearless.

Ace Hood feat. Jazmine Sullivan & Rick Ross – “Champion”
[audio:http://boxstr.com/files/5418538_lvk8y/Champion%20%28feat.%20Jazmine%20Sullivan%20%26%20Rick%20Ross%29.mp3]
Album: Ace Hood – Ruthless; Produced by The Runner
I’m not really a big Ace Hood fan (Though he is improving) but with “Champion” he’s got himself a winner. The Runners came through with anthem like production, Ace gives you against all odds tale, and Rick Ross does, well, Rick Ross. But the show stealer is definitely Jazmine Sullivan. She killed the hook! The first time you hear this song, you’ll walk away remembering her voice on the chorus.

Jadakiss feat. Jazmine Sullivan – “Smoking Gun”
[audio:http://boxstr.com/files/5418536_npfoq/12%20Smoking%20Gun%20%28feat.%20Jazmine%20Sullivan%29.mp3]
Album: Jadakiss – The Last Kiss; Produced by Mr. Porter
Hopefully by know most of you have gave Jada’s latest a listen (If not shame on you). One of the best songs off the album, if not the best, is the Sullivan featured “Smoking Gun”. This should have been an earlier single but if it still gets released as one, I’ll be satisfied. Jadakiss rhyming conscious about troubled young girls with Jazmine on the hook is golden.

Jazmine Sullivan feat. T.I. & Missy Elliott – “Need U Bad (remix)”
[audio:http://boxstr.com/files/5418537_bj4eq/_Need%20U%20Bad%20%28remix%29%20%28feat.%20T.I.%20%26%20Missy%20Elliott%29.mp3]
Album: Jazmine Sullivan – Fearless; Produced by Missy Elliott & Cainon Lamb
Okay, so this isn’t a feature but it does have T.I.; it was either this or the terrible remix of “Lions, Tigers & Bears” featuring Faboulous (They messed up my favorite track off Fearless). For some reason I missed this one, but it’s not a bad verse from Tip. Look for Jazmine to bless more and more Hip-Hop songs as her career continues.