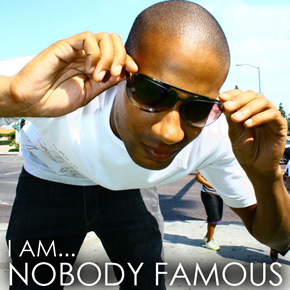 Coming out of L.A. by way of the ATL, Nobody Famous is about to embark on a journey to stardom. With two volumes of his Order Up! series under his belt and countless other productions locked away in his vault, he is about to release his best work to date — Order Up! Vol 3: Chicken & Waffles. Though promoted as an artist, Nobody Famous is a producer first and foremost. Producing all of his own material, as well as tracks for Dasha, Wax, Jarell Perry, Justin Figueroa, Chris Young and many others, Nobody Famous is on his way to building a small empire. He has built his own unique sound from scratch as his latest album is totally sample-free, which is virtually unheard of in today’s Hip-Hop and R&B.

Most of you may be hearing of Nobody Famous for the first time with our recent campaign for the new album. So allow me to introduce Nobody Famous to you via the following free mixtape, which collects some of his best productions prior to the release of the new album. If you’re digging the mixtape, I guarantee you’ll love the new material.