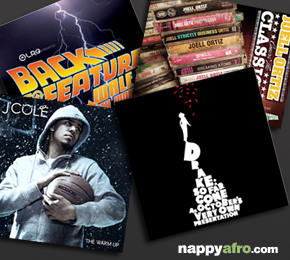 Damn. We’re already in the second half of ’09? With albums getting pushed back more and more these days it seems like we have more mixtapes dropping everyday. Yea, “MC Dognuts” dropped a mixtape every week but were they good? How was the quality? Here I’ve listed four quality and well made mixtapes that you should have picked up in the 1st half of 2009. Now. Before anyone gets the wrong idea, I’m not saying these are the only good mixtapes that dropped in ’09. But in my opinion, these are the best ones (so far…). I really just focused on the artist featured mixtape rather than compilations (Like Swaggin’ My Swag Swag Vol. 26…not a real title but you know what I mean). So yeah, here they are: Four Must Have Mixtapes Of 2009 (So Far…)

¼ Of Slaughterhouse dropped this mixtape in May and went over classics ranging from Junior Mafia’s “Get Money” to Lost Boyz’s “Renee”. Being that Joell Ortiz is one of my new favorites MC’s, hearing him go over 30+ beats (Mostly around a minute or so) is a good thing. Plus, listen to “I Can’t Go Broke” and tell he didn’t shout out nappyafro…I’ll believe it until he tells me different. 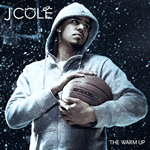 Man was I sleeping on J. Cole. After not checking out his first mixtape The Come Up, I wasn’t exactly looking forward to The Warm Up. But I’m glad I did. Did the new Roc Nation tag help? Hell yea. But besides the new signing, the Fayetteville rapper has talent. Songs like “Grown Simba” show more maturity beyond J. Cole’s years. 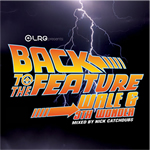 After all the waiting and doubt about the arrival of this mixtape, I’m happy to say that it was worth the wait. Wale was bullshitting with the title either. He trades bars with everybody from Joe Budden to Young Chris to Talib Kweli to Curren$y to even Memphis Bleek. The stand out tracks like “New Soul”, “Wordplay”, & “Um Ricka” are worth the download alone. What am I saying? It’ free. Download that shit anyway. 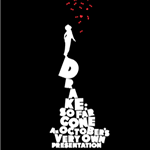 Come on. Did you really NOT think this would be on the list? I’ll go ahead and say it: So far this year, So Far Gone is the BEST album put out. I know it’s a mixtape. You may even think Drake is even overrated, but you can’t deny that the man has put out a career-defining album. It’s a good chance that he will be chasing So Far Gone for the rest of his career.