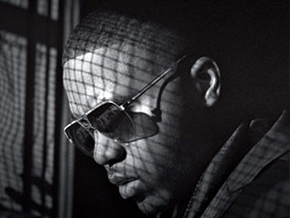 A few weeks ago me and the rest of the team were trying to put together a project that had all the best Nas cameos. I say “were” because that piece is now scrapped; there were just too many too name. I wanted to do it because recently Nasir Jones is in the news way more for paying $55,000 a month to Kelis, than his rhymes (Isn’t he dropping an album with Damian Marley later this year?). Let’s not forget this guy still should be in everyone’s Top 5. Which brings me to today’s pick Song of the Week. It’s not a track from Illmaic or God’s Son, but from Nas’ Def Jam debut Hip Hop Is Dead. “Where Y’all At” was the buzz single for the album and for me, it did just that. On top of a Salaam Remi production, Nasty Nas goes in:

“Eat with my elbows top of the table/Street etiquette with speech impediments/And still see presidents, no matter who paid/Cause you ain’t take the last dollar made/Long as they keep printing it, there’s chances of getting it/Money’s my bitch, and we stay intimate/Ask about Nashwan, could ask about Jung/Ask about Bravehearts, and ask where I’m from/Q Boro, specifically The Bridge/Don’t ask no more question, ya know what it is”.

And that why it’s one of my many Nas favorites. Enjoy.